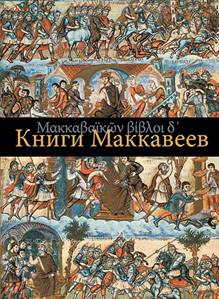 The article discusses the semantic difference between the singular and the plural forms of the word νόμος (law) in the Second Book of the Maccabees. In Greek translations of books of the Hebrew canon, the plural νόμοι is used extremely rarely; normally νόμος is used in the singular (there is only one Law of Moses in the same way as there is one God and one Temple). In classical Greek, on the contrary,νόμοι is a standard designation for a legislative corpus. In the Apocrypha both singular νόμος and plural νόμοι are used, but, except in 2 Macc, no system has hitherto been proposed. The present article argues that 2 Macc shows a theologically important semantic opposition between what was the norm for the Septuagint (νόμος as, primarily, the unique Law of Moses) and what was the norm in classical Greek usage (νόμοι as the corpus of traditional laws).

The article is devoted to the noncanonical Fourth Book of Maccabees, especially the concept of “pious mind” (ὁ εὐσεβὴς λογισμός). An anonymous author uses the terminology of popular Greek philosophy to substantiate the supremacy of the Torah, the Divine law. A “pious mind” is a believing mind that, being wholly devoted to God, sanctions Hellenic wisdom, yet also surpasses it. A comparison is made of the “pious mind” and Wisdom, Hochma, Shekhinah. In the Fourth Book of Maccabees, there is the apology of martyrdom in the name of faith, which was alien to Greek philosophy and ethics, including the ethics of Stoicism. The apology of martyrdom in the Fourth (and also Second) Maccabees books anticipates Christian martyrology. Fourth Book of Maccabees, Pious Mind, Martyrdom, Torah, Greek Philosophy

The paper discusses several unusual features that characterize the language of the Fourth book of Maccabees. This Judeo-Hellenistic work played a major role in the formation of Christian theology: the doctrine of Redemption, of martyrdom, of supernatural forces given to the devotee etc. Introduction of new concepts required innovative vocabulary. The author creates a series of new stem-compounds that did not exist in Greek to designate specific Jewish religious concepts that have no parallels in the Greek mental repertoire such as miarofagia or hieropsychos. He also re- interprets the inner form of existing Greek words contrary to the estab- lished Greek usage: Eunomia designates not the state with good laws and lawful citizens, but instead an adherence to the Torah, as the Torah is transmitted in the LXX as Nomos; similarly, photagogos does not mean a window for light, but is applied to mystagogy. The author claims his own superiority over the Greeks in the mastery of Greek language, postulating that Jewish pious ratio (eusebes logos) surpasses the ratio of pagan thinkers.