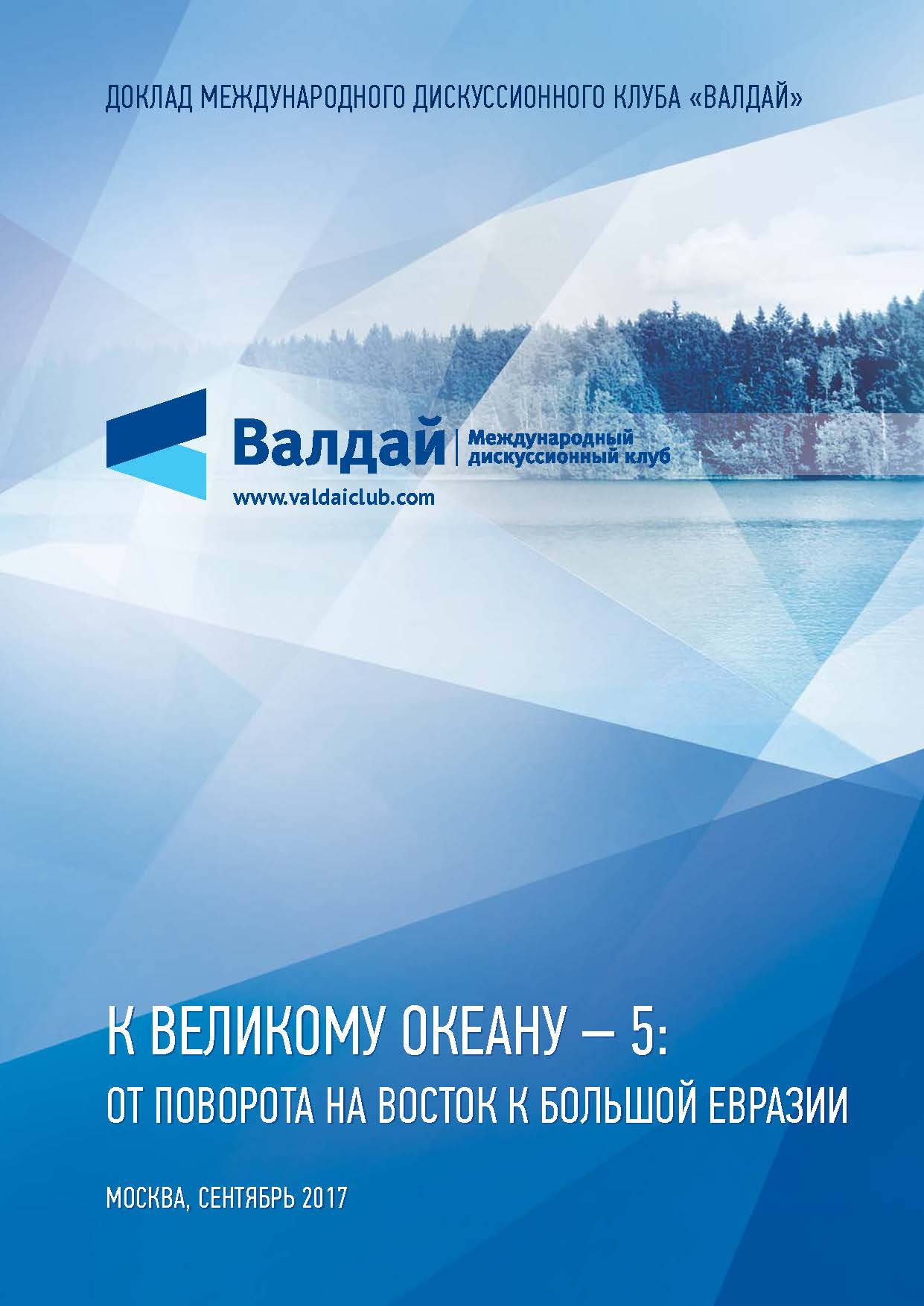 Similar publications
Westernizations” from Peter I to Meiji: War, Political Competition, and Reform
Fedyukin I. Humanities. HUM. Basic Research Programme, 2016
Radical “Westernizing” transformations in extra-European countries, from Peter I’s Russia to Meiji Japan, are traditionally presented as a response to threats from the more militarily and technologically advanced European powers. This corresponds to the general tendency to view war as the driving force behind early modern state-building. Yet, how exactly did such transformations become possible? How were the rulers able to pursue policies that threaten large sections of their own military elites, from strel’tsy and mamluks to janissaries and samurais? And why did some of the extra-European states failed to ‘Westernize” in response to external threats, while others rapidly Westernized when the threats was ephemeral, at best? This article seeks to complicate this “bellicist” narrative of Westernizing transformations by shifting the focus of analysis to the rulers’ quest for political survival. It argues that when the domestic balance of power is stable, incumbent rulers tend not to embark on reform, even in the face of external military threats. Conversely, such reforms tend to occur when the domestic balance of power is disrupted to such a degree as to lead to the emergence of challengers, who launch “Westernization” as they seek to expand their power base and undermine that of their rivals. Factional political struggles accompanying such transformations are interpreted here not as a conservative reaction against reforms, but as a process that precedes and enables reforms by facilitating the creation of an alternative ruling coaliti
Евразийская экономическая интеграция: потенциал и ресурсы развития
Максимцев И. СПб.: Издательство СПбГЭУ, 2017.
The collection of articles represents the results of researches on the most relevant issues of Eurasian economic integration held by young researchers of Russia, Belarus, Kazakhstan, Armenia, Kyrgyzstan and Ukraine. The articles reflect the problems of monetary and financial integration of the Eurasian Economic Union (EAEU) member countries, issuies of the integrated electronic market formation and regional value chains development in different industries. Special attention is paid to various aspects of social integration.   The materials might become an advantage to PhD students and young scientists, to people getting bachelor and master degrees in economics when preparing reports, writing essays and other papers as well as to lecturers and practitioners and a wide range of readers interested in economic aspects of Eurasian integration.
EBES 2014 Anthology
Edited by: E. Demir. Istanbul: EBES, 2015.

Does EAEU-ASEAN Format Have A Future?
Korolev A. S., Kalachyhin H. International Relations. IR. Издательский дом НИУ ВШЭ, 2019. No. 34.
The crisis in relations with the West and the subsequent sanctions hampered the development of Moscow’s cooperation with a number of foreign partners. Under these conditions, the role of the EAEU as an agent for promoting Russia's foreign trade interests has dramatically increased, including the formation of Greater Eurasian Partnership, Moscow’s flagship initiative. Russia’s officials have repeatedly stressed that ASEAN is one of the major pillars of the emerging geostrategic space. The 3rd ASEAN-Russian Federation Summit on Strategic Partnership held in Singapore in November 2018 resulted in signing of Memorandum of Understanding (MOU) between ASEAN and Eurasian Economic Commission (EEC) on Economic Cooperation which aims to unlock the potential of cooperation between two integration blocks. The paper addresses the following question – to what extent can RussiaASEAN strategic partnership create a positive spillover effect on the EAEU-ASEAN ties and trigger the Greater Eurasian Partnership concept. In doing so, the paper focuses on factors which stand behind ASEAN’s rising interest in Eurasian space, EAEU’s strive to develop relationships with Association and the limits of bilateral cooperation in a broader Greater Eurasian framework. It is concluded that the full engagement of ASEAN member states into Eurasian initiatives (even taking into account their successful implementation) depends on several factors. Firstly, to what extent EAEU member states can eliminate structural problems - institutional imbalances, limited export supplies, internal disagreements between the participants. Secondly, it will depend on whether Russia and ASEAN will be able to back up the status of strategic partnership with economic projects. Finally, will the EAEU partners be able to offer ASEAN an attractive interaction format, for example, the Great Eurasian Partnership, which needs to be conceptually filled and linked with ASEAN key initiatives and plans.
Geopolitics, Eurasianism and Russian Foreign Policy Under Putin
Morozova N. Geopolitics. 2009. Vol. 14. No. 4. P. 667-686.

Система технического регулирования в ЕАЭС
Кофнер Ю. К. В кн.: Партнер ЕАЭС. Вестник Евразийского экономического союза. Вып. 1 (8). М.: ООО «Партнёр ЕАЭС», 2018.
Republic Of Moldova And Its Eurasian Track Of Policy: The Impact Of Internal&External Factors On The Foreign Policy Formation
Bodishteanu N. International Relations. WP BRP 10/IR/2014. НИУ ВШЭ, 2020
In this paper, the author considers the main external and internal factors of the formation of the Eurasian track of the foreign policy of the Republic of Moldova from 2009 to 2020. Among the main internal factors influencing the development of Eurasian track (as opposed to European) of foreign policy, the author singles out: the coming to power of the pro-Russian President I. Dodon in 2016, and the pro-Western contingent of the parliament headed by M. Sandu, who, on the contrary, helps blur this track. Among external factors, the author considers such as: the influence of the Ukrainian crisis on the opinion of citizens of the Republic of Moldova towards Western institutions, and as a result, the growing popularity of the “Russian” foreign policy direction; the current orientation of the economy on the market of the CIS countries; “Soft power” of the Russian Federation, mostly concentrated on a common language (Russian) and cultural values (literature, historical past, etc.); the willingness of Eurasian partners (it is mainly about the Russian Federation, as well as the PRC) to provide assistance in crisis situations at no cost, unlike European and Western institutions, which traditionally indicate a number of democratic transformations in the country as one of the conditions for providing assistance to the recipient. In general, the author comes to the conclusion that the Eurasian track of the foreign policy of the Republic of Moldova is still in its infancy, but it has great potential and promises interesting prospects for a small state with a favorable geographical position and located at the crossroads of the most important transport routes between the West and the East.
Eurasian Russia in the 21st century
Bordachev T. In bk.: . Ch. 2. P. 25-31.

Author analyzes the advantages and shortages of Eurasian integration project with a view of Russia's perspective. For Russia it's a strong strategic and geopolitical choice that is necessare for future development.

Russia and China drawing closer is a core example of the change under way in the geopolitical map of the world, sharply altering its paradigm development and how the West was able to behave in the entire period after the break-up of the USSR. In place of “Greater Europe” from Lisbon to Vladivostok, which was proclaimed by Western leaders and Mikhail Gorbachev, beginning to take shape is “Greater Asia" or more precisely “Greater Eurasia” from Minsk to Shanghai.