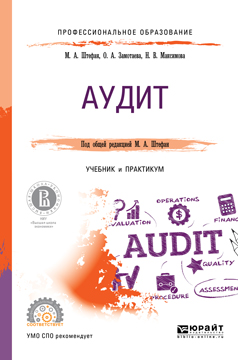 In the article the most significant milestones in the development of accounting thought in Italy are considered  in terms of the formation of the modern concept of management accounting (MA). The core content of the Italian accounting school authors since the early Renaissance to the mid-twentieth century is compared with modern interpretations of the subject area and methodology of MA. In the theories and attitudes of theorists and practitioners highlighted the key elements relevant to MA objectives, functions, approaches. It is shown that the holistic nature of Italian theories leads to the interpretation of accounting  as the general managerial science.

In the collection of materials of reports of participants of the conference reflecting the modern level of scientific-research work in the area of economic, social and humanitarian Sciences

This paper analyses from a financial perspective one of the most controversial of company assets, namely goodwill. The controversial nature of goodwill lies not only in its definition but also in its evaluation and accounting disclosure, giving rise in recent years to an important line of research centred on impact of goodwill on company performance.

The paper has a two-fold objective: First, to compare international and national standards of accounting of goodwill, to work out a number of suggestions for unification and optimising of accounting methods; and secondly to evaluate the impact of goodwill from the perspective of company value. The comparison focuses on the advantages and potential complexities of international standards highlighting the many problems and ambiguities that will arise in the application of those rules for Russia. On the other hand, we underline that both the acquired and the generated goodwill influence the value of a company and unifiacation of accounting methods is inevitable.

Problems and Prospects of Adaptation of Russian Accounting to International Accounting and Reporting Standards
Shtefan M. A., Malyzhenkov P. V. In bk.: History of Accounting, Business Administration Doctrines and Development of New Methods of Management in Italy and in Russia, 2009. Milan: Rirea, 2010. P. 132-146.

The paper analyzes the main problems of reforming the Russian system of accounting in accordance with IFRS, formulated the basic proposals for improving the process.