Raised under Stalin: Young Communists and the Defense of Socialism

In Raised under Stalin, Seth Bernstein shows how Stalin's regime provided young people with opportunities as members of the Young Communist League or Komsomol even as it surrounded them with violence, shaping socialist youth culture and socialism more broadly through the threat and experience of war. Informed by declassified materials from post-Soviet archives, as well as films, memoirs, and diaries by and about youth, Raised under Stalin explains the divided status of youth for the Bolsheviks: they were the "new people" who would someday build communism, the potential soldiers who would defend the USSR, and the hooligans who might undermine it from within.

Bernstein explains how, although Soviet revolutionary youth culture began as the preserve of proletarian activists, the Komsomol transformed under Stalin to become a mass organization of moral education; youth became the targets of state repression even as Stalin’s regime offered them the opportunity to participate in political culture. Raised under Stalin follows Stalinist youth into their ultimate test, World War II. Even as the war against Germany decimated the ranks of Young Communists, Bernstein finds evidence that it cemented Stalinist youth culture as a core part of socialism. 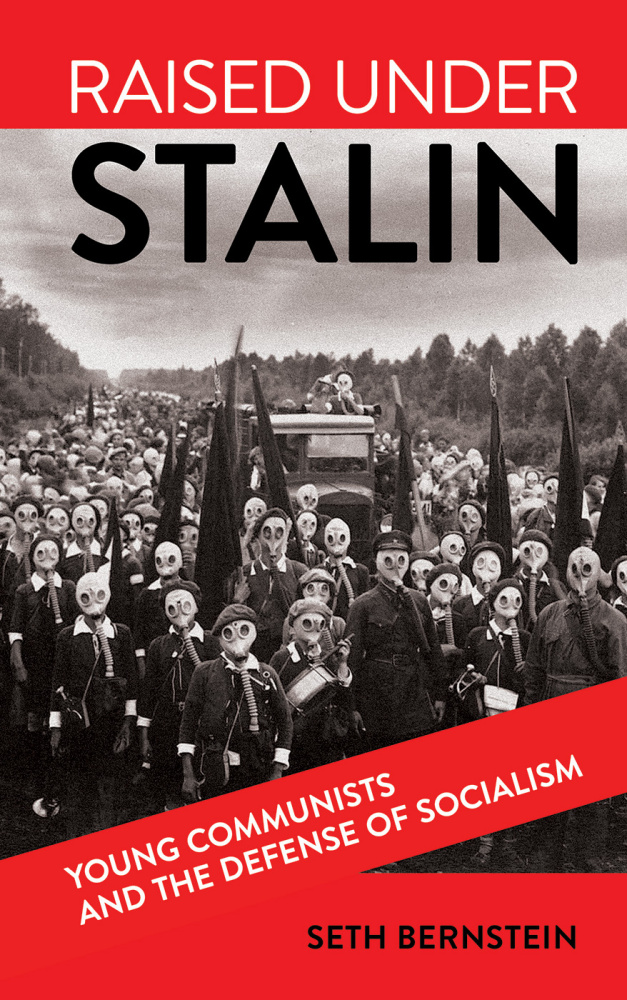 Clothing and fashion play significant role in the process of ageing, helping to put the bodily experience in the context of culture (Twigg 2000). It is especially important for young people as social subjects, becoming independent and not having sufficient experience and social competences. In this case, clothing is the space of social experiment in which youngsters socialize, explore, measure and learn to construct presentations of their bodies.This paper focuses on the meaning of fashion and clothing in everyday life of Russian working class youth mainstream without subcultural (or any specific cultural) background. Following results is based on 61 IDI with trade schools students of St. Petersburg. Conventionally, students of trade school are related to working class in Russia, whether representatives of middle or higher class associate themselves with higher education (Walker 2000, Zaslavskaya 1997, Belenkii 2005).

The paper presents an analysis of the key events associated with changes in youth culture and civic activities in modern Russia, occurring during the first decade of the 21 st century. Discursive representations of youth typical for this period (government programs directed toward the youth theme, media projects, activist initiatives), as well as policy responses to the growth of youth activities, including projects of youth mobilization, are also discussed. A key event - the financial and economic crisis (recession) in 2008 - is regarded as a turning point / the turn of the century, which particularly affected the reconceptualization of the youth question in modern Russia in different dimensions: political-activist, patriotic, urban, subcultural and others. In this article we suggest a new focus of considering new forms of youth activism, through the prism of the solidarity approach. We analyze key trends in new youth solidarities in the political, cultural and economic dimensions.

The article considers similarities and differences between China's and the Soviet Union's approaches to the post-war international orger.

There are over thirty million disabled people in Russia and Eastern Europe, yet their voices are rarely heard in scholarly studies of life and well-being in the region. This book brings together new research by internationally recognised local and non-native scholars in a range of countries in Eastern Europe and the former Soviet Union. It covers, historically, the origins of legacies that continue to affect well-being and policy in the region today, discusses disability in culture and society, highlighting the broader conditions that construct disability and in which disabled people must build their identities and well-being, provides in-depth biographical profiles that outline what living with disabilities in the region is like, and examines policy interventions, including international influences, recent reforms and the difficulties of implementing inclusive, community-based care. The book will be of interest both to regional specialists, for whom the problem of declining standards of health and well-being is a crucial concern, and to scholars of disability and social policy internationally

The Soviet Union Outgoing Tourism In 1955-1985: Volume, Geography, Organizational Forms
Orlov I. B. Humanities. HUM. Basic Research Programme, 2014. No. WP BRP 50/HUM/2014.
In this paper, the institutional component, the volume and geography, and the specific forms of Soviet outgoing (foreign) tourism from 1955 – 1985 is reconstructed using documents from four central state archives on the basis of Soviet, post-Soviet and foreign historiography. A neoinstitutional approach allows the author to show the dependence of the above mentioned parameters from the essential principles which were the basis for the activities of tourism institutions being responsible for organizing foreign tours for the Soviet citizens and the ideological control
Social and Behavioral Sciences under Dictatorship
Kirtchik O. I., Heredia M. In bk.: International Encyclopedia of Social & Behavioral Sciences 2nd Edition. Elsevier, 2015. P. 139-146.