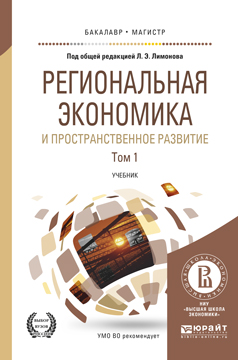 Влияние выбора целей и инструментов политики денежных властей на уязвимость экономик
Трунин П. В., Дробышевский С. М., Евдокимова Т. В. М.: Издательский дом «Дело» РАНХиГС, 2012.
Социально-экономическое и политическое положение Пермского края. Доклад губернатора Пермского края
Чиркунов О. А. Пермь: Стиль-МГ, 2010.
Consumer Cooperatives and Liberal Idea In Russia
Menyashev R. Economics. EC. Высшая школа экономики, 2011. No. 05.
A popular view in Russian studies argues that underdevelopment of Russian civil society is partly responsible for the failure of liberal idea in Russia. The fragmented society may see no alternative to massive government regulation, which is why support for a strong state is so high. If this logic is true, the dierences in civicness across urban societies should show up in dierent levels of liberal parties' support. The paper estimates this eect. It was found that the transition from the most passive urban society to the most active in the sample increases the vote for liberal parties by a third. A unit increase in the number of consumer cooperatives per 1000 of citizens leads to a 3.5% drop in Communist Party results in 1995 and a 4% drop in United Russia votes in 2007. To demonstrate the causality we instrument the development of civil society by the number of years since the foundation of the rst university in each city.
Коллективное сознательное
Борисова Е. И. Вокруг света. 2012. № 4. С. 28-30.
Общество в эпоху перемен: формирование новых социально-экономических отношений
Плотников А. Т. 2. Саратов: Издательство ЦПМ «Академия Бизнеса», 2011.
Трудовая мобильность и стабильность: насколько высока отдача от специфического человеческого капитала в России?
Мальцева И. О. Научные труды Лаборатории исследований рынка труда. WP15. НИУ ВШЭ, 2007. № 01.
The paper is devoted to the role of specific human capital in Russian economy. Using data from the Russian Longitudinal Monitoring Survey we analyze job tenure in Russia in 1990s and 2000s, estimate the return to specific human capital and labor mobility in terms of wage growth. Our findings show that patterns of growing magnitude of labor mobility are even more actual nowadays compared to transitional 1990s. It provides evidences of extremely low value of specific human capital which is accumulated during the long-term employment relationships with the same employer. Moreover, we have found that Russian workers have paid some “penalty” for specifity of their human capital. Current decline of demand on specific human capital can be explained as a result of economy globalization, Russia’s integration into the world economy processes and changes in business structure of modern firm and enterprises.
Социальный капитал и модели экономического поведения
Татарко А. Н. В кн.: Ценности культуры и модели экономического поведения. М.: Спутник+, 2011. Гл. 13. С. 253-275.
Развитие человеческого капитала - новая социальная политика: сборник научных статей
Edited by: В. Мау, Т. Клячко М.: Издательский дом «Дело» РАНХиГС, 2013.
Экономическое значение социального капитала
Полищук Л. И., Меняшев Р. Ш. Вопросы экономики. 2011. № 12. С. 46-65.
Институт минимальной заработной платы в странах ОЭСР
Вишневская Н. Т. Проблемы рынка труда. WP3. Высшая школа экономики, 2005. № 03.
The paper examines the institute of minimum wage in developed and transition economies and in a number of the developing countries. First of all the institutional mechanism of minimum wage fixing is considered. One of the sections explores the dynamics of absolute and relative levels of minimum wage. The special attention is paid to the impact of the institute of minimum wage on the labour market. The author considers the mechanism of transmission of the minimum wage increases on the employment and unemployment dynamics. The paper also contains the result of the empirical research. The experience of many countries witnesses that large increases in minimum wage levels lead to the stagnation of the employ-ment, especially of the disadvantaged groups. The negative effect is larger for the companies with higher share of labour costs and more active use of unqualified labour, that is small businesses and agricultural enterprises. One of the main conclusions is that the minimum wage is not an effective tool of the poverty reduction as the majority of the recipients live in households of average and upper average income.
Численность и состав российской бюрократии: между советской номенклатурой и госслужбой гражданского общества
Гимпельсон В. Е. Проблемы рынка труда. WP3. Высшая школа экономики, 2002. № 05.
Государственная политика в области ограничения курения: какие меры наиболее эффективны
Засимова Л. С. Вопросы государственного и муниципального управления. 2010. № 4. С. 68-81.