Вып. 333. M.: Федеральное государственное бюджетное учреждение науки Институт Европы Российской академии наук, 2016.
Entina E.
Academic editor: Пивоваренко А. А., Потемкина О. Ю.
Under the general editorship: Гончаренко С. Н.
The long-term stable development of the Western Balkans and its full modernization is undermined by the existing historical problems of internal development in the region. All these, in one way or another, are mediated by competition and confrontation of international forces in the region along with a lack of understanding the peculiarities of the region demonstrated by all external players. The European Union has not been able to independently solve any issues of internal development of the Balkan states or benefit from the specific characteristics of these states’ cooperation with the outside world. Considering the depth of the modern EU internal crisis, it seems that only taking into account interests of both, intraand extra-regional players, would facilitate effective development the Western Balkans: ensure systematic investment and promote cultural values of the common space for the region, which has been «stretched» in different directions for centuries.
Research target: Political Science, International Relations, and Public Administration History and Archeology
Priority areas: humanitarian
Language: Russian
Sample Chapter
Full text
Text on another site
Keywords: Европейский Союз 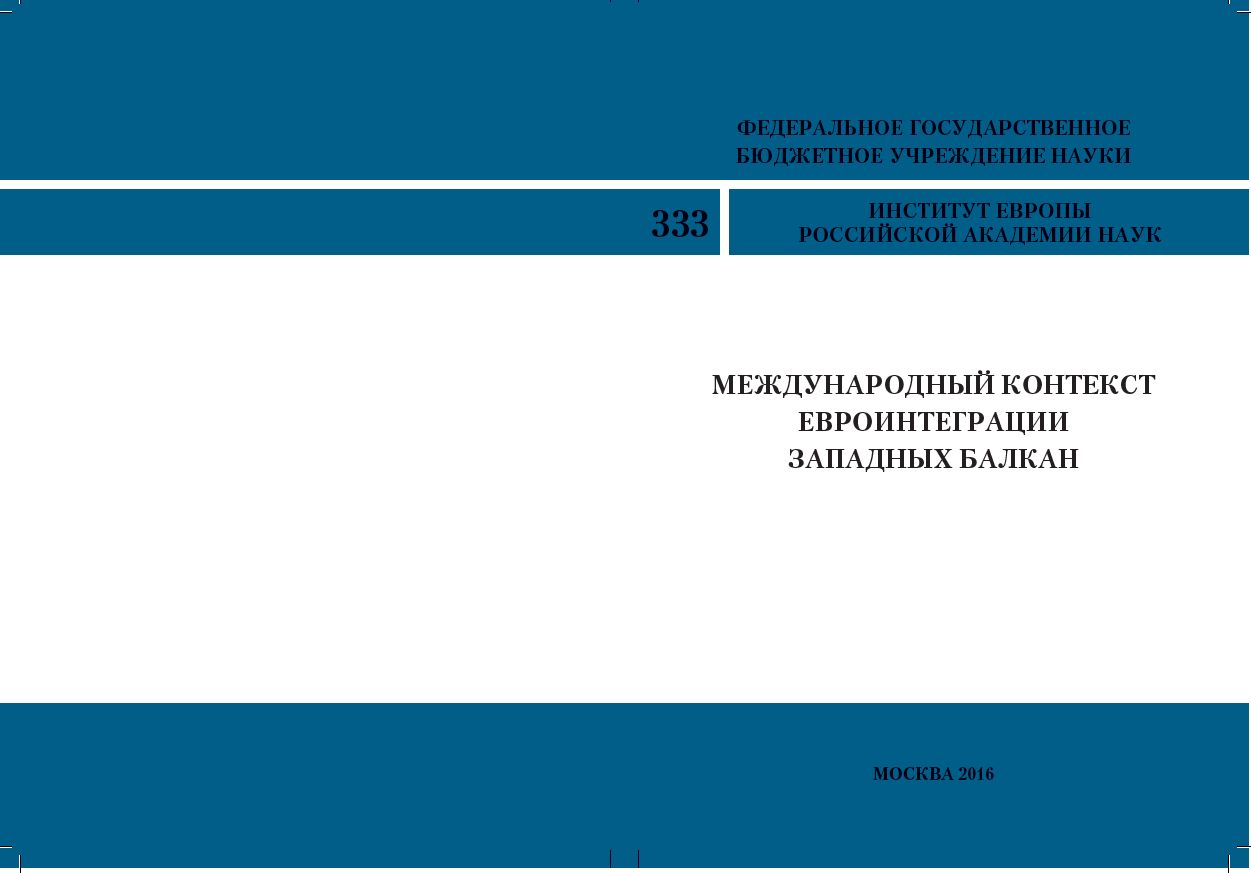