Soqotri Texts in the Phonogrammarchiv of the Austrian Academy of Sciences. An Annotated Edition

13 poetic fragments in the Modern South Arabian language Soqotri (the island of Soqotra, Gulf of Aden, Yemen), recorded phonographically at the beginning of the 20th century by the Austrian orientalist David Heinrich Mueller, are presented in phonological transcription and English translation. Each fragment is extensively annotated with the help of native speakers of modern Soqotri. A detailed glossary (Soqotri-English-Arabic) comprising all words from texts and annotations rounds up the book. 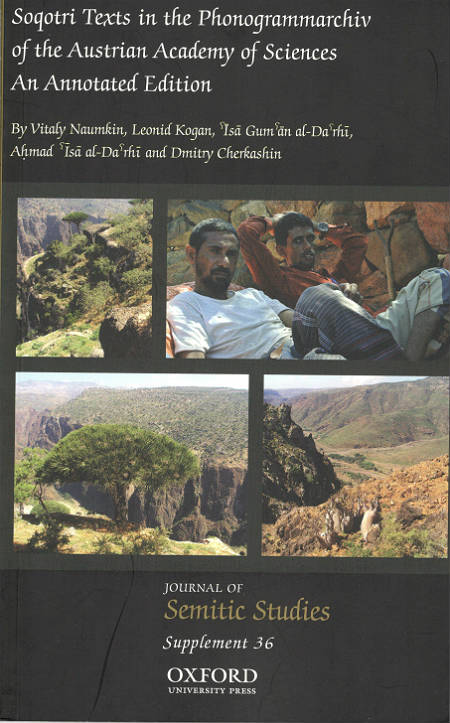