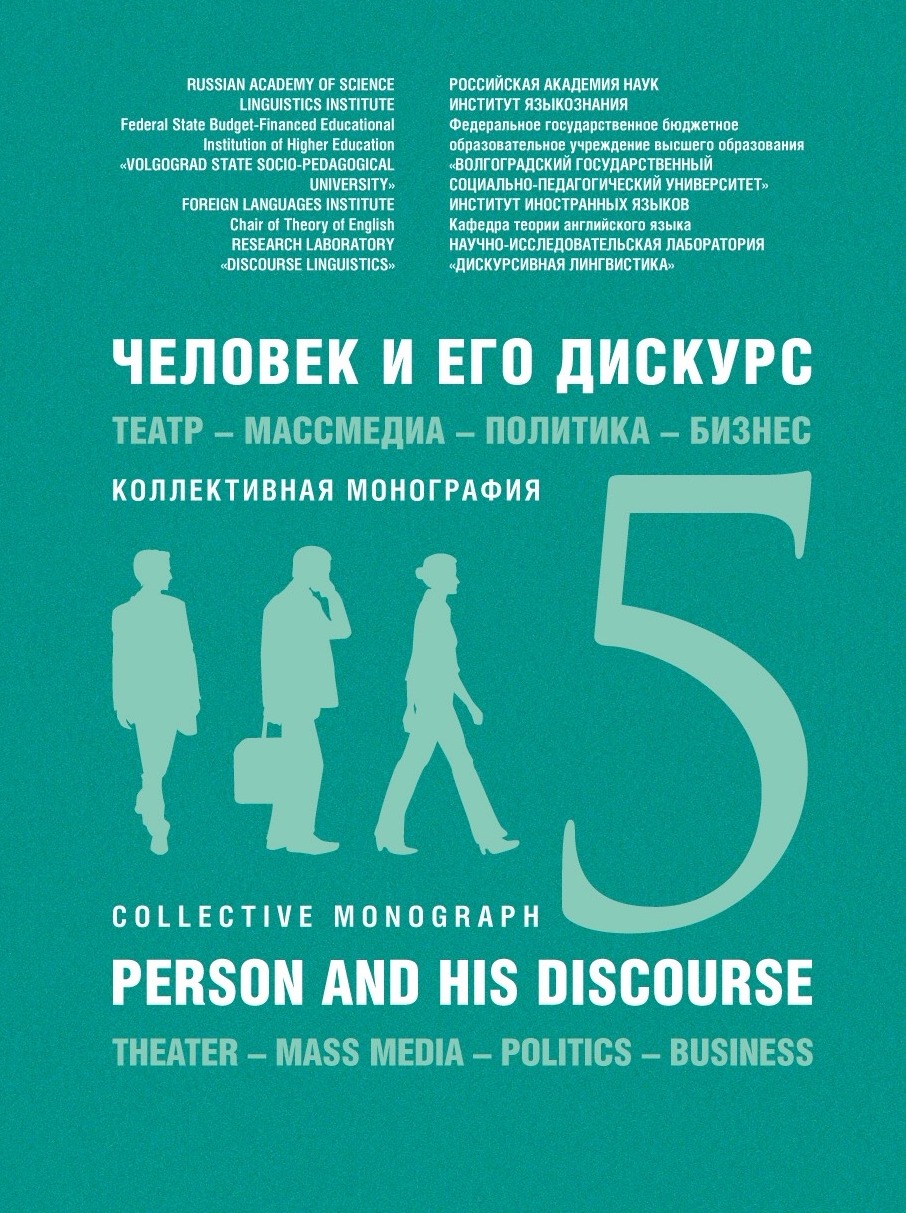 This paper deals with the metaphoric representation of the concept cash in professional discourse. It is based on the analysis of conceptual metaphors in English written texts produced by students majoring in economics. The paper focuses on the metaphor as a means of verbalizing special knowledge in a professional type of economic discourse. A comprehensive analysis, applied by the author, contributes to the development of a metaphoric model of the concept cash.

Becoming A Good Mother: Responsibility Between State, Experts And Mothers In Russia
Shpakovskaya L. L. Humanities. HUM. Basic Research Programme, 2015. No. WP BRP 87/HUM/2015.
The working paper represents a study of motherhood as a specific semantic construct in contemporary Russia. The author analyses the ways in which knowledge about motherhood produces specific maternal experience. The general theoretical framework is the foucauldian concept of discursive power based on knowledge. At the same time, motherhood is viewed as a class differentiated practice. The primary focus of the analysis is motherhood as experienced by Russian middle class women. The paper discuss how motherhood is discursively produced in the Russian context. The author is interested in the knowledge and discourses that Russian middle class women employ in order to become aware of their motherhood and describe themselves as mothers. The paper describes critical sociological theories of motherhood connecting this phenomenon to such concepts as power, social order and social inequalities. These critical approaches deconstruct the motherhood discourse and reveal that the mother becomes a point of production of social and political order of the modern societies. The analysis of the Russian discourse on motherhood in the political and cultural context is presented by the author as well. The paper elaborates upon the category of “responsibility” as the primary meaning component of middle class motherhood. In the conclusion the issue of why and when Russian mothers are considered “responsible” is discussed
Descartes and an Indifferent Deceiver
Rogonyan G. Философия и исследования культуры. WP20. Высшая школа экономики, 2014. No. WP20/2014/02.
The aim of this paper is to show how and why the method of radical interpretation, proposed by Donald Davidson, can solve the problems that are formulated in a variety of skeptical scenarios. In particular, the method of radical interpretation deprives Cartesian scenario (both in its traditional and recent versions) all its force and even the status of philosophical problem. Appealing to the difference between intendede and unintended lies one can see how the global skeptical scenario gets solved in both cases. The paper also formulates an argument in favor of expanded version of naturalized epistemology that was offered by W. V. O. Quine - first of all, due to the introduction of social factors. In particualr, there are always at least two necessary limitations imposed by the communication on our hypothesis about knowledge and delusion. In addition, the paper explains the need for a moderate externalism (both perceptual and social) to the variants of Descartes and Hume's skeptical scenario.
Язык и дискурс средств массовой информации в XXI веке
Edited by: В. Демьянков, И. Кобозева, Г. Солганик М.: Академический проект, 2011.
Наименования человека в различных типах англоязычного дискурса
Голечкова Т. Ю. Вестник московского государственного лингвистического университета. Серия: Педагогические науки. 2012. № 20 (653). С. 51-58.