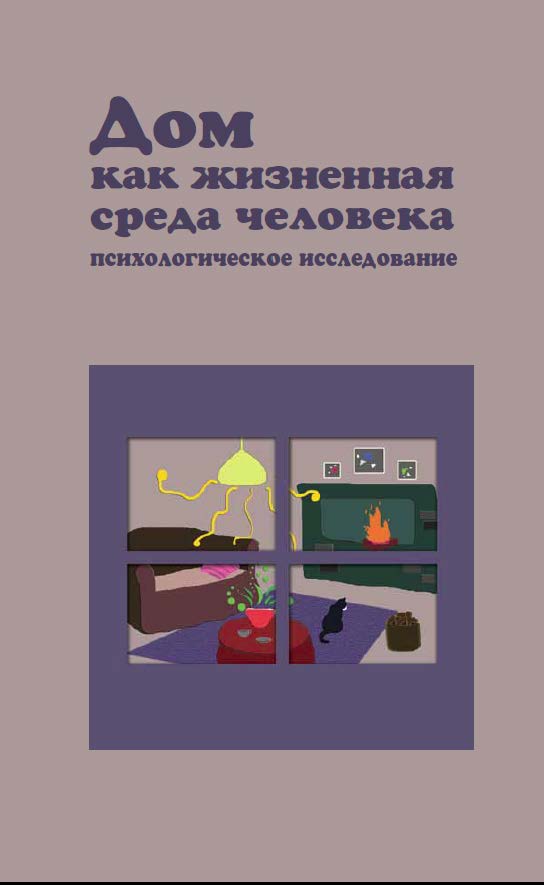 The relationships between characteristics of the home environment and settings of personal security in adolescence are examined. We proposed that the home environment predicted of personal security, and this relationship was moderated by gender and living place. In total, 571 students of different faculties of the Moscow universities (Mage=19,8, SDage=3,2, 121 a young man, approximately half from the regions) participated in the study. Seven questionnaires were used. It was found that young Muscovites males and girls from the regions were the most susceptible to supporting features of their habitat, and the young men living in the dormitory used the possible home support at the least.

Образ реального и идеального дома как модератор позитивного функционирования личности
Нартова-Бочавер С. К., Резниченко С. И., Брагинец Е. И. и др. Социальная психология и общество. 2015. Т. 6. № 6. С. 9-22.
Motivation for Ethno-Cultural Continuity as a Predictor of Acculturation and Adaptation in Two Generations of Latvian Russians
Ryabichenko T., Lebedeva N. Psychology. PSY. Высшая школа экономики, 2015. No. WP BRP 47/PSY/2015 .
The paper presents the results of empirical research on the relationship of motivation for ethno-cultural continuity and strategies of acculturation of the Russian minority in Latvia. We sampled 112 Russian families (parents: N=112, age 35-59, Me=42; adolescents: N=112, age 16-24, Me=17). A questionnaire included measures of motivation for ethno-cultural continuity, acculturation strategies, sociocultural adaptation and self-esteem. Using structural equation modeling we revealed that motivation for ethno-cultural continuity, assimilation strategy, self-esteem and sociocultural adaptation of parents are significantly related to those of their children. We found positive relationships of motivation for ethno-cultural continuity with a strategy of integration and self-esteem among parents, and of motivation for ethno-cultural continuity and self-esteem among children. Motivation for ethno-cultural continuity of adolescents associates with their preference for separation. Integration positively relates to self-esteem and sociocultural adaptation, while assimilation, marginalization and separation strategies relate negatively to self-esteem in both generations.
Дом и его обитатели: психологическое исследование
Нартова-Бочавер С. К., Бочавер А. А., Резниченко С. И. и др. М.: Памятники исторической мысли, 2018.
Карьера и благополучие в России: особенности и структура взаимосвязи
Козырева П. М. В кн.: Россия реформирующаяся: Ежегодник – 2011. Вып. 10. М.: Институт социологии РАН, 2011. С. 44-60.
Determinants Of Corruption Perceptions: Transitional Vs. Developed Economies
Aistov A., Mukhametova Elvina. Economics/EC. WP BRP. Высшая школа экономики, 2015. No. WP BRP 89/EC/2015.
In this paper we explore relationships between corruption perceptions and such characteristics as the size of shadow economy, GDP per capita, well-being, the Happy Planet Index (HPI), and quality of institutions. Special attention is paid to the comparison of transitional economies with countries that joined the European Union in 2004 and 2007, and developed countries. It is shown that irrespective of whether the economy is developed or transitional, negative dependence of corruption perceptions on shadow economy switches to positive if the size of the shadow economy increases over 15% of the official GDP. After the shadow economy passes 45%, the Transparency International Corruption Perceptions Index ceases to respond to growth of the shadow economy. Our estimates confirm that transition in countries is accompanied by growth of GDP per capita and a decrease in the level of corruption perceptions. For these reasons, transitional countries and countries where transition is over belongs to different clusters according to these indicators. This is not true for well-being and the HPI. It is not surprising that a regression analysis shows that "control of corruption" and "regulatory quality" are significant for reducing corruption perceptions both in transitional and other economies. It is interesting that "government effectiveness" and "voice and accountability" are significant only for transitional economies and insignificant in others. "Rule of law" and "political stability" are insignificant both in transitional and in developed countries
Позитивная психология-повестка для нового столетия
Леонтьев Д. А. Психология. Журнал Высшей школы экономики. 2012. Т. 9. № 4. С. 36-58.
Russia’s regions: governance and Well-being, 2000-2008
Akhmedjonov A., Ilina I. N., Leonard C. S. et al. Economics/EC. WP BRP. Высшая школа экономики, 2013. No. 42.
This paper assesses the impact of the quality of governance on economic performance in  Russia’s 83 regions (Oblasts, Republics, Krais and Okrugs) from 2000 to 2008, a period of rapid  economic advancement. Defining governance broadly as how authority is exercised, and using as  a proxy a measure of the investment risk by region, this paper contributes to the literature on  identifying the economic impact of governance. Our results find a significant association  between governance in Russia’s diverse regions and economic well-being, that is, we find a  performance gap in government practices. Specifically, our study shows that the main  components of effective governance are the ability of the government to run effective public  health programs aimed at decreasing the overall mortality rate among the working-age  population, to create fair labor market conditions for all individuals who are still capable of  working, and to improve the investment climate in the region leading to a higher level of  investment in fixed assets. Our results implicitly suggest that effective governance comprises the  tangible aspects of policymaking such as the adoption of effective public health, investment and  labor policies and most importantly, for the regions of Russian Federation, although effective  governance can be also an artifact of unobserved and unmeasurable managerial attributes of the  local government to implement federal and region level laws and regulations.
Материалы съезда Российского психологического общества / сост. Л.В. Артищева; под ред. А.О. Прохорова, Л.М. Попова, Л.Ф. Баяновой и др.
Т. 2. Издательство Казанского университета, 2017.
Современные стратегии воспитания глазами психотерапевта
Будинайте Г. Л. Отечественные записки. 2004. № 3. С. 76-90.
Towards a Formal Theory of a Distractor in Attentional Tasks
Utochkin I. S. Psychology. PSY. Высшая школа экономики, 2012. No. 2.