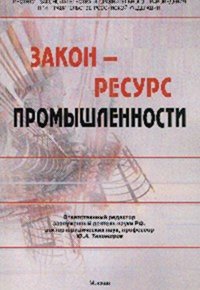 Similar publications
The Legitimacy of the Bolshevik Order, 1917-1918: Language Usage in Revolutionary Russian Law
Borisova T. Y. Law. LAW. Высшая школа экономики, 2012. No. 05.
The article describes and analyzes the legislative politics of revolutionary regimes in Russia in 1917-1918. The author aims to demonstrate the political meaning of the form of early Soviet legislation and its legitimizing effect. The revolutionary legislators often used specific language in the new laws as a vehicle of legitimacy, i.e. to make the people comply. The two main types of legal language used by the Bolsheviks can be interpreted from the perspective of different types of legitimacy. The revolutionary strategy used propagandistic legislation, written in the language of lay people, which urged them to act according to the new law. It can be seen as a request for acts of the people to legitimize the soviets. On the contrary, the traditional strategy employed old bureaucratic means of writing and distributing legislation to the local soviets. The language used by this strategy was closed to the understanding of a lay audience and implied traditions of obeying the law written in familiar legal language, which in turn implied rational/legal legitimacy. The second strategy had already become dominant after the first months of the Bolshevik revolution. This observation demonstrates that from the very beginning of their rule, Soviet leaders approached legislative policy from a technocratic point of view, which determined the further development of Soviet legal theory and practice.
Под знаком неопределенности
Сергиенко Я. В., Райская Н., Френкель А. А. Однако. 2012. № 7. С. 13-16.
Всюду застой
Сергиенко Я. В., Райская Н., Френкель А. А. Однако. 2012. № 16. С. 16-20.
Динамика промышленного производства и экономический цикл в СССР и России, 1861–2012
Смирнов С. В. Количественный анализ в экономике. WP2. Высшая школа экономики, 2012. № WP2/2012/04.
The trajectory of the industrial output of the Russian empire – the USSR – the Russian Federation for more than 150 years has been carefully investigated through official statistics as well as dozens of alternative estimates made by Russian and foreign experts. Calculation of the aggregated “consensus” industrial production index has made it possible to date the cyclical turning points and to measure the depth and length of the main industrial recessions for the last century and a half. The most important causes of all these recessions are described. The cyclical volatility of Russian industry is compared with the cyclical volatility of American industry.
Короткое оживление
Сергиенко Я. В., Райская Н., Френкель А. А. Однако. 2012. № 11. С. 15-18.
Промышленное законодательство - новая комплексная отрасль
Тихомиров Ю. А. В кн.: Закон - ресурс промышленности. М.: ИНФРА-М, 2016. С. 8-15.
Idiosyncratic Shocks: Estimation and the Impact on Aggregate Fluctuations
Popova S. Bank of Russia Working Paper Series. Bank of Russia Working Paper Series. Bank of Russia, 2019
Recently, economic granularity has been the focus of researchers’ attention. Latest empirical works evaluate the granularity of various economies in terms of whether shocks to individual companies can affect volatility of macroeconomic variables. Studies of developed countries show that a large part of aggregate fluctuations arises from idiosyncratic shocks to companies because of their size or close linkages between them. Using the microdata of Russian firms on sales over the period from 1999 to 2017, we test the hypothesis that the Russian economy is granular. Here we found that idiosyncratic shocks contribute significantly to total sales volatility. It was also revealed that the effect of linkages is more important in aggregate volatility estimation, but not for the top-100 largest firms. These findings are important for understanding business cycle drivers and for estimation the impact of macroeconomic policies.
The basic requirements for the training of engineers in the change of technological structures
Vladimir N. Azarov, Batyrov U. D., Yakhutlov M. M. In bk.: Proceedings of the 2016 IEEE Conference on Quality Management, Transport and Information Security, Information Technologies (IT&MQ&IS-2016). St. Petersburg: IEEE, 2016. P. 10-12.

The paper formulates main requirements to organization of educational  process for the preparation of engineering personnel  in the transition of the industry from one technological wave to the next.  Identified measures to support and develop the industrial efficiency  of the country.