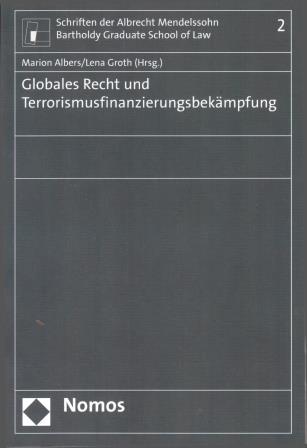 Extension of International Jurisdiction over Crimes Committed by International Terrorist Organisations
Ivanov E. A. Law. LAW. Высшая школа экономики, 2012. No. 08.
In this article we  analyses threats to international security posed by  international terrorist organisations and main approaches to combating their criminal activities at the national and international levels. We offer  own concept of responsibility of international terrorist organisations under international criminal law and establishment of an International Tribunal on Crimes of International Terrorist Organisations as a possible solution.
The Legitimacy of the Bolshevik Order, 1917-1918: Language Usage in Revolutionary Russian Law
Borisova T. Y. Law. LAW. Высшая школа экономики, 2012. No. 05.
The article describes and analyzes the legislative politics of revolutionary regimes in Russia in 1917-1918. The author aims to demonstrate the political meaning of the form of early Soviet legislation and its legitimizing effect. The revolutionary legislators often used specific language in the new laws as a vehicle of legitimacy, i.e. to make the people comply. The two main types of legal language used by the Bolsheviks can be interpreted from the perspective of different types of legitimacy. The revolutionary strategy used propagandistic legislation, written in the language of lay people, which urged them to act according to the new law. It can be seen as a request for acts of the people to legitimize the soviets. On the contrary, the traditional strategy employed old bureaucratic means of writing and distributing legislation to the local soviets. The language used by this strategy was closed to the understanding of a lay audience and implied traditions of obeying the law written in familiar legal language, which in turn implied rational/legal legitimacy. The second strategy had already become dominant after the first months of the Bolshevik revolution. This observation demonstrates that from the very beginning of their rule, Soviet leaders approached legislative policy from a technocratic point of view, which determined the further development of Soviet legal theory and practice.
Исламская правовая мысль об исламском государстве и халифате
Сюкияйнен Л. Р. Право. Журнал Высшей школы экономики. 2016. № 3. С. 185-205.

Mission Of The Order Of Malta As A Subject Of International Law In The 21st Century
Ivanov E. A. Law. LAW. Высшая школа экономики, 2014. No. WP BRP 40/LAW/2014.
The Order of Malta became a subject of international law with the emergence of classical international law in the 16th century and the concept of international legal personality and since that period has always been recognised as such. However, the form of its existence has undergone a number of transformations. Today, the Order of Malta constitutes a unique subject and the nature of its international legal personality represents a great scientific and practical interest. The author is of the opinion that both theories of recognition which exist in the doctrine of international law, i.e. the declarative and constitutive theories, apply to the status of the Order of Malta. This paper analyses the nature of international legal personality and the mission of the Order of Malta as a subject of international law in the 21st century. Special attention is paid to the Constitution, the Government and the judicial system of the Order of Malta, as well as cooperation between the Order and the Russian Federation.
World Politics and Support for Terrorism within Muslim Populations: Evidence from Muslim Countries and Western Europe
Zhirkov K., Verkuyten M., Weesie J. Sociology. SOC. Высшая школа экономики, 2012. No. 08.
Focusing on the Muslim populations in five Muslim-majority countries and four Western European countries, we examine the levels of support for suicide bombings and other forms of violence. We found that support for terrorism among Muslims is present but the percentage of radicals is quite low. In both samples, support for terrorism is stronger among those who see democracy as a solely Western political system. This pattern of association is similar across the Western European countries, whereas the association varies considerably across the Muslim countries. The perceived economic dominance of the West is related to more support for terrorism among Muslims in Europe. In the Muslim countries, blaming the West for negative international relations is associated with greater support for terrorism. We suggest that improvement of the relationships between the West and the Muslim world can reduce support for terrorism and prevent radicalization within Muslim societies.
"Aspetti giuridici del BRICS". Atti del seminario scientifico di San Pietroburgo.
Alexeeva T. A. In bk.: Roma e America. Diritto romano comune. Modena: Stem Mucchi Editore, 2013. P. 257-258.