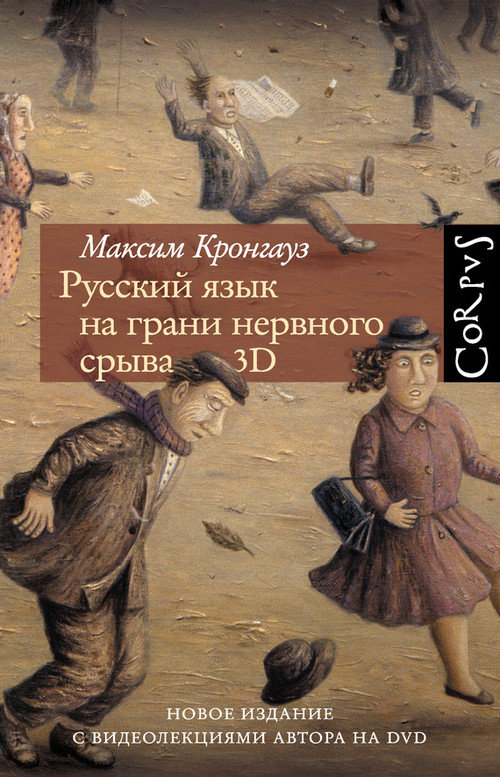 We present the ShiftRy web service. It helps to analyze temporal changes in the usage of words in news texts from Russian mass media. For that, we employ diachronic word embedding models trained on large Russian news corpora from 2010 up to 2019. The users can explore the usage history of any given query word, or browse the lists of words ranked by the degree of their semantic drift in any couple of years. Visualizations of the words’ tra-jectories through time are provided. Importantly, users can obtain corpus examples with the query word before and after the semantic shift (if any). The aim of ShiftRy is to ease the task of studying word history on short-term time spans, and the influence of social and political events on word usage. The service will be updated with new data yearly.

Pre-experiments on Annotation of Russian Coreference Corpus
Toldova S., Azerkovich I., Гришина Ю. et al. Linguistics. WP BRP. НИУ ВШЭ, 2015
Building benchmark corpora in the domain of coreference and anaphora resolution is an important task for developing and evaluating NLP systems and models. Our study is aimed at assessing the feasibility of enhancing corpora with information about coreference relations. The annotation procedure includes identification of text segments that are subjects to annotation (markables), marking their syntactic heads and identifying coreferential links. Markables are classified according to their morphological, syntactic and reference structure. The annotation is performed manually, providing gold standard data for high-level NLP tasks such as anaphora and coreference resolution. The paper reports on inconsistencies in selecting NPs of various types as markables and their borders, and in ways of constructing anaphoric pairs. We consider the types of NPs missed by one of annotators and discourse and semantic factors that may have affected annotator's judgements.
Dialect loss in the Russian North: modeling change across variables
Daniel M., von Waldenfels R., Ter-Avanesova A. et al. Language Variation and Change. 2019. Vol. 31. No. 3. P. 353-376.

We analyze the dynamics of dialect loss in a cluster of villages in rural northern Russia based on a corpus of transcribed interviews, the Ustja River Basin Corpus. Eleven phonological and morphological variables are analyzed across 33 speakers born between 1922 and 1996 in a series of logistic regression models. We propose three characteristics for a comparison of the rate of loss of different variables: initial level, steepness, and turning point. We show that the dynamics of loss differs significantly across variables and discuss possible reasons for such differences, including perceptual salience, initial variation in the dialect, and convergence with regionally or socially defined varieties of Russian. In conclusion, we discuss the pros and cons of logistic regression as an approach to quantitative modelling of dialect loss. Our paper contributes to the study and documentation of Russian dialects, most of which are on the verge of extinction.

The paper presents the results of GramEval 2020, a shared task on Russian morphological and syntactic processing. The objective is to process Russian texts starting from provided tokens to parts of speech (pos), grammatical features, lemmas, and labeled dependency trees. To encourage the multi-domain processing, five genres of Modern Russian are selected as test data: news, social media and electronic communication, wiki-texts, fiction, poetry; Middle Russian texts are used as the sixth test set. The data annotation follows the Universal Dependencies scheme. Unlike in many similar tasks, the collection of existing resources, the annotation of which is not perfectly harmonized, is provided for training, so the variability in annotations is a further source of difficulties. The main metric is the average accuracy of pos, features, and lemma tagging, and LAS. In this report, the organizers of GramEval 2020 overview the task, training and test data, evaluation methodology, submission routine, and participating systems. The approaches proposed by the participating systems and their results are reported and analyzed.

Language of the lost Russian region in the historical context of Russian expansion eastward
Bergelson M., Kibrik A. A., Raskladkina M. Quaestio Rossica. 2020.

The paper presents firsts results of the pilot fieldwork of the Russian language of one group of East Siberian old-settlers in the context of their ethnic and cultural history and their role in Russian expansion eastward, including to Alaska in 18th -19th centuries. From one perspective, regional features of the old-settlers’ Russian testify to the cultural and historical processes that had involved various groups of Russian-speaking population of the East Siberia. From another perspective, these linguistic materials are compared to the data on Russian language in Alaska, which, supposedly, will help to clarify the processes that shaped Russian linguistic and cultural heritage of the only overseas Russian region.

Frequency dictionary of inflectional paradigms: core Russian vocabulary
Lyashevskaya O. Humanities. HUM. Basic Research Programme, 2013
A new kind of frequency dictionary is a valuable reference for researchers and learners of Russian. It shows the grammatical profiles of nouns, adjectives and verbs, namely, the distribution of grammatical forms in the inflectional paradigm. The dictionary is based on data from the Russian National Corpus (RNC) and covers a core vocabulary (5000 most frequently used lexemes). Russian is a morphologically rich language: its noun paradigms harbor two dozen case & number forms and verb paradigms include up to 160 grammatical forms. The dictionary departs from traditional frequency lexicography in several ways: 1) word forms are arranged in paradigms, and their frequencies can be compared and ranked; 2) the dictionary is focused on the grammatical profiles of individual lexemes rather than on overall distribution of grammatical features (e.g. the fact that Future forms are used less frequently than Past forms); 3) grammatical profiles of lexical units can be compared against the mean scores of their lexico-semantic class; 4) in each part of speech or semantic class, lexemes with certain biases in grammatical profile can be easily detected (e.g. verbs used mostly in Imperative, in Past neutral, or nouns used often in plural); 5) the distribution of homonymous word forms and grammatical variants can be followed in time and within certain genres and registers. The dictionary will be a source for research in the field of Russian grammar, paradigm structure, form acquisition, grammatical semantics, as well as variation of grammatical forms. The main challenge for this initiative is the intra-paradigm and inter-paradigm homonymy of word forms in corpus data. Manual disambiguation is accurate but covers ca. 5 million words in the RNC, so the data may be sparse and possibly unreliable. Automatic disambiguation yields slightly worse results, however, a larger corpus shows more reliable data for rare word forms. A user can switch between a ‛basicʼ version which is based on a smaller collection of manually disambiguated texts, and an ‛expandedʼ version which is based on the main corpus, the newspaper corpus, the corpus of poetry and the spoken corpus (320 million words in total). The article addresses some general issues such as establishing the common basis of comparison, a level of granularity of grammatical profile, units of measurement. We suggest certain solutions related to the selection of data, corpus data processing and maintaining the online version of the frequency dictionary.
Computational Linguistics and Intellectual Technologies Papers from the Annual International Conference “Dialogue” (2019)
Iss. 18. M.: Russian State University for the Humanitie, 2019.

The book includes 64 papers submitted to the International conference in computer linguistics and intellectual technologies Dialogue 2019 and presents a broad spectrum of theoretical and applied research of natural language description, language simulation, and creation of applied computer technologies.