Not a single contemporary Byzantine source mentions the Christianization of Ethiopia in the fifth century, the Byzantine attempts to convert Persia at the end of the sixth, the creation of the Slavic alphabet in the ninth, or the baptism of Rus’ in the tenth. These great  achievements of  Eastern Christianity left the Byzantines themselves perfectly indifferent. Byzantium produced a number of ardent and committed missionaries, but  much more visible were the  Greek intellectuals who believed that it was easier “to whitewash an Ethiopian” than to Christianize a barbarian. When Leo V acquainted the pagan Bulgars with the Christian sacraments, Theophanes Continuatus castigated him for “casting the pearls of faith before the swine.” In the end, the missionary zeal of a few enthusiasts lost out to the haughty isolationism of Empire."Pearls before Swine" focuses on the complex relationship between the Christian pledge to “teach all nations” and Greek cultural snobbery. 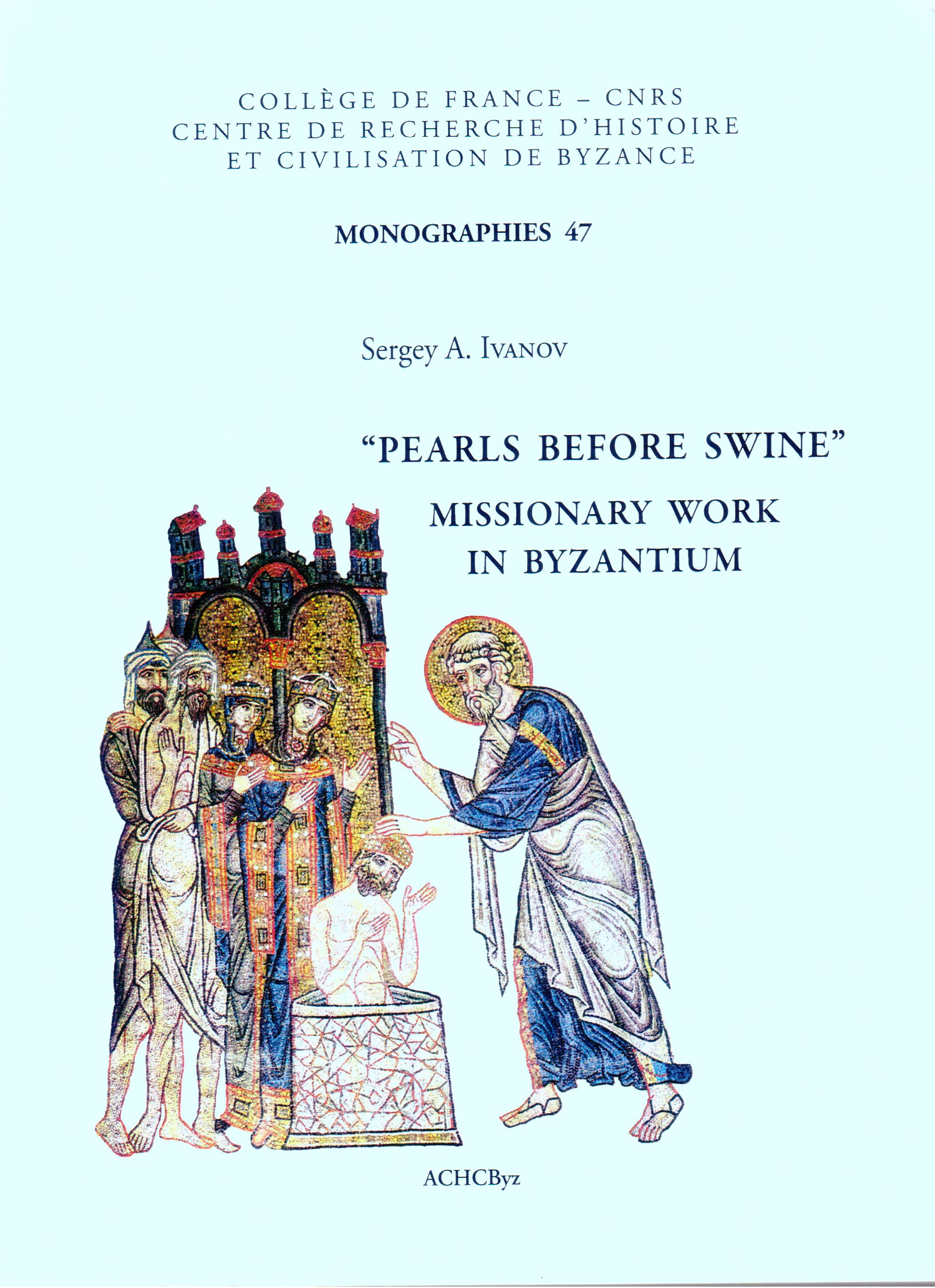 This is the original publication of the Greek text of the Vita of Basil the Younger from the Athos manuscript of Dionysiou monastery of 1328  "en regard" with the Old Russian text of the oldest Slavic translation from the manuscript in Egorov collection (Moscow0? together with the ampe introduction and commentaries, pertaining both to the realm of Old Russian language and Byzantine history.