The peasant-entrepreneur Ivan Pososhkov (1652–1726) is considered the first Russian economist, as his «Book of Poverty and Wealth» is the earliest works of Russian social thought, especially on the integrated coverage of socio-economic problems – the role of the state in the economy, tax collection, trade, serfdom, regulation of monetary circulation, «rule of law», etc. Analysis of the «Book of Poverty and Wealth» displays on the general discussion of the Russian economic model, because the idea of IT Pososhkov reflects contradictions and problems not only the era of Peter’s reforms, but also throughout almost 400 years of tragic history of modernization of Russian society. The collective monograph presents the work of the conference participants «At the dawn of Russian economic thought», which took place February 27, 2014 at the Moscow Financial University under the Government of the Russian Federation and was dedicated to the 290th anniversary of the «Book of Poverty and Wealth» IT Pososhkov. The first section of the book examines how the views of Pososhkov relate to the basic paradigm of economic thought of modern times. The second section is devoted to a comparison of views of Pososhkov with the views of other Russian philosophers – economists in XVII–XIX centuries. This publication is intended not only for specialists in economic history and the history of economic thought, but also for all those interested in the history of the national economy and economics.. 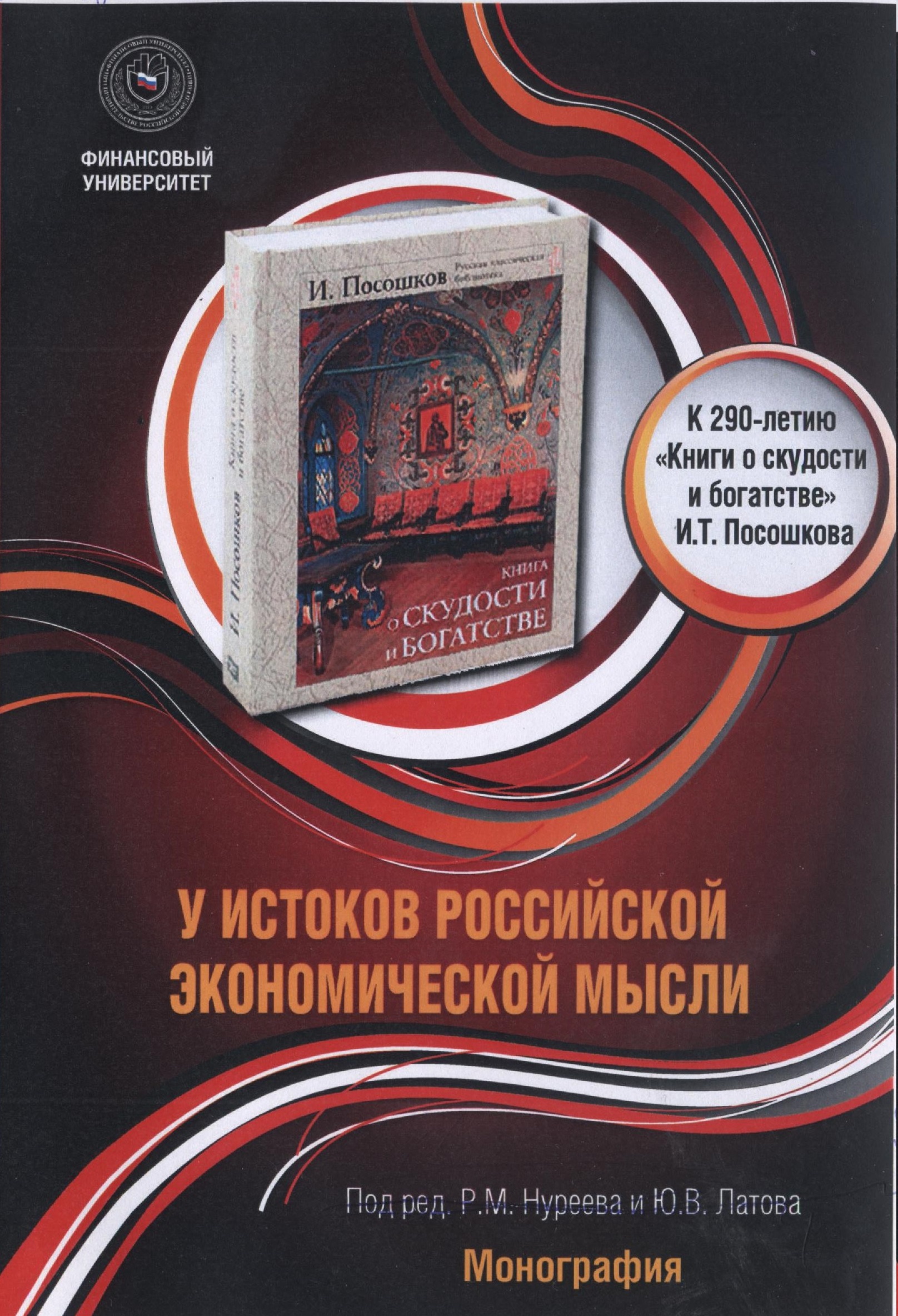