by year
Subject
News
Intercultural Awareness through the Looking Glass
Dr Anatoly Kharkhurin joined HSE University in 2019 as an Associate Professor at the Faculty of Social Sciences. He received his PhD in Experimental Psychology from the City University of New York and taught in the United States and the United Arab Emirates. This academic year he is teaching Psychology of Thinking and Reasoning and Psycholinguistics. Dr Kharkhurin shared with The HSE Look his perspective on the prospects for the digital transformation of social communication.
Artificial Intelligence Can Now Predict Students’ Educational Outcomes Based on Their VK Posts and Tweets
The new model, created by computational social scientist Ivan Smirnov of HSE University, predicts the academic success of Russian high school students with an accuracy of 94%. The model generates its predictions based on users’ distinctive vocabulary and speech patterns, and the predictions have strongly correlated with students’ Unified State Exam (USE) scores.
Research Only: How Academic Tourism Went Online and Why Scholars Like It
On October 23 – 24, 2020, the IX International Moscow Finance Conference will take place. The event has been organized jointly by ICEF and the London School of Economics. This year, the list of participants includes the editors of the two biggest journals in economics. Alexei Boulatov , Tenured Professor of HSE University, spoke about how the online format influenced the quality of academic events, what has changed in academic life over the last few months, and the topics that interest researchers today.
Publications 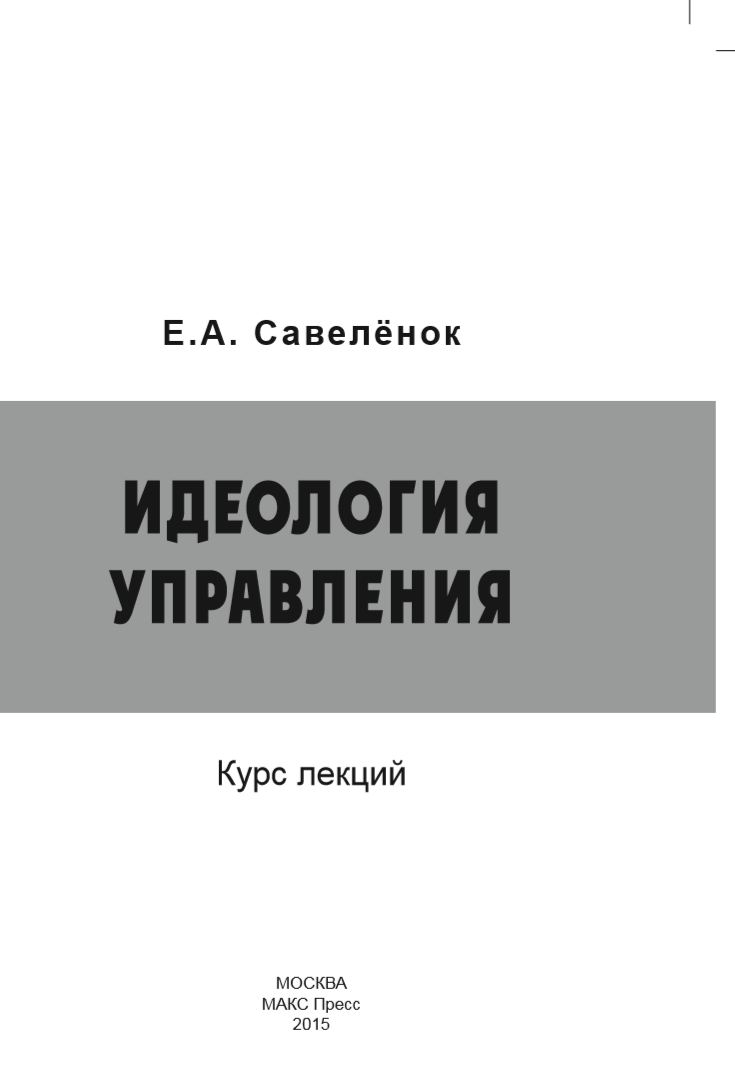 Моделирование использования солнечного ветра для орбитальных маневров космического аппарата
Чумаченко Е. Н., Малашкин А. В., Федоренко А. Н. Вестник Воронежского государственного технического университета. 2011. Т. 7. № 11.2. С. 71-75.
Теоретические проблемы этнической и кросс-культурной психологии: Материалы Второй международной научной конференции 26-27 мая 2010 г. Том 1
Edited by: В. В. Гриценко Т. 1. Смоленск: Универсум, 2010.
Does Culture Matter? The Impact of Tolerance on Economic Modernization in a Comparative Perspective
Shcherbak A. Sociology. SOC. Высшая школа экономики, 2012. No. 05.
Is tolerance important for modernization? What can one say about the relationship and causality between tolerance and modernization? It is assumed that an increase in tolerance, expressed as a tolerant attitude towards homosexuality, gender equality, and a decrease in xenophobia, has a significant impact on modernization. Here modernization is understood in a ―narrow‖ sense, referring to economic and technological modernization. The author uses the ―cultural modernization‖ approaches of R.Inglehart and the ―creative class‖ concept of R.Florida. Based on data from 55 countries, the author concludes that tolerance does have a significant impact on modernization, with gender equality being the most predictive factor and proving to be important in three groups of compared models (Index of Modernization, Innovation Index, and Investment Index). A tolerant attitude towards homosexuals and a decrease in xenophobia play a less significant role. Gender equality is an important predictor for modernization because women are in the majority – not the minority – and lowering entry barriers for women leads to their inclusion in a post-industrial economy. The results show that this is extremely important for economic modernization. Two distinct patterns of modernization are revealed: A tolerant model and a catching-up model. The former model focuses on innovation, high levels of tolerance, and strong institutions, while the latter focuses on investment, a lower-level of tolerance, and weak political institutions. Institutions do matter – they seem to be a causal mechanism in the relationship between tolerance and modernization. Institutions play a significant role in the tolerant model, where a post-industrial economy is associated with a post-industrial society. However, some countries try to build a post-industrial economy without building a post-industrial society, putting the main emphasis not on innovation, but on higher investment rates.
Язык как система ориентиров в социальном пространстве
Никитина Е. Б. В кн.: Информационно-коммуникационное пространство и человек (Материалы II международной научно-практической конференции 15-16 апреля 2012 г.). Пенза; М.; Витебск: Научно-издательский центр "Социосфера", 2012. С. 32-36.
The following article is an account of the author’s opinion of the role of language within the framework of society. The paramount idea is that language should not be viewed simply as a means of communication. The author suggests a more profound understanding of language as a medium between society and the culture against the background of which it manifests itself. The aforementioned conception of language provides the author with the opportunity to assert that language constitutes a system of guidelines without which society would lose its identity.
Основы теории управления
Казанский И. Н., Денисова Т. С., Володин С. М. М.: Московский государственный институт электроники и математики, 2011.
«Идеологическая география» Российской империи: пространство, границы, обитатели. Коллективная монография
Вдовин А. В., Осповат А. Л., Киселева Л. Н. и др. Universitas Tartuensis. Humaniora: Litterae Russicae. ETF 7901. Univerisity of Tartu, 2012
Corporate governance and control in Russian banks
Vernikov A. V. Munich Personal RePEc Archive. University Library of Munich, 2008. No. 10028.

О методологии построения математических моделей безопасности
Каштанов В. А., Зайцева О. Б. В кн.: Фундаментальные проблемы системной безопасности. Вып. 3. М.: Вузовская книга, 2011. С. 150-157.
Материалы межрегиональной научно-практической конференцией "Дополнительное образование - 2009": "Экономика знаний для руководителей и специалистов строительных компаний в целях формирования собственного видений путей преобразования и развития бизнеса в строительстве"
Edited by: В. В. Акимов Н. Новгород: Издательский салон ИП Гладкова О.В., 2009.
Применение информационных и космических технологий в задачах о движении небесных объектов
Чумаченко Е. Н., Кулагин В. П., Назиров Р. Р. и др. Информатизация образования и науки. 2011. № 3 (11). С. 178-187.
One of directions of activity of the scientifically-educational centre "SPACE" created by the Moscow state institute of electronics and mathematics (technical university) and Space research institute of the Russian Academy of Sciences is discussed. The general statements of problems connected with working out of models of movement of asteroids and comets taking into account not gravitational indignations and construction of models for measurement of trajectories are considered. On a space vehicle orbit in a vicinity of libration’s points the traffic control model is discussed with application of a solar sail with operated reflective characteristics.
Is Education a Signal on the Russian Labour Market?
Aistov A. Education. EDU. Высшая школа экономики, 2012. No. 5.
This research focuses on estimating the signalling role of education on the Russian labour market. Two well-known screening hypotheses are initially considered. According to first of these, education is an ideal filter of persons with low productivity: education does not increase the productivity of a person, but it does give him the possibility to signal about his innate productivity via an educational certicate. The second of these hypotheses admits that productivity actually does increase during the period of study, but nevertheless the main objective of getting an education is to acquire a signal about one's productivity. Information theory suggests that employees use education signals during the hiring processes whereby employers screen potential employees. Employers and other categories of self-employed workers are usually not screened by the labour market via their educational attainments. Comparison of the returns to education of employees vs. self-employed workers could show the difference between the returns to signals and the returns to human capital. Yet another way to understand the signals is to consider the time dynamics of the returns to education for employees staying in the same firm. This helps us to answer the question about whether the signals are valuable only during the hiring process, or whether they remain valuable during the whole experience with the firm. This research is based on the Mincerian-type earnings functions, estimated on RLMS-HSE and NOBUS data. On the basis of the available information, we cannot say that the returns to signals and human capital differ significantly in Russia. Nevertheless we can say that, for the majority of men, the return to educational signals decreases with time spent in the same firm, while we observe the opposite for women.
Teacher Characteristics and Student Achievements in TIMSS. Findings gained from applying the "first-difference" method to TIMSS-2007 data
Khavenson T., Tyumeneva Y. A. Education. EDU. Высшая школа экономики, 2012. No. 06.
The advantage of Trends in International Mathematics and Science Study is that not only does it perform a direct cognitive assessment of students concerning these students' teachers, but also their education, work experience and the instructional strategies used in their classes. In order to estimate teachers’ characteristics effects on a student’s achievements and overcome the limits of the TIMSS' correlational design, we have employed the first-difference method. Teachers’ characteristics effects have also been measured with the usual regression method. The effects discovered varied from one subject field to another, and there has been a difference between the results gained by using the firstdifference method and OLS regression analysis model. The first-difference method has revealed a negative effect of reproductive tasks and group work in math class, whereas comprehension tasks and tasks for developing meta-cognitive skills have shown a positive effect. On the contrary, reproductive tasks for science classes have had a positive effect while comprehension tasks and tasks for developing meta-cognitive skills have had either none or negative effects. Apart from this, a teacher's experience has had a significant effect on natural science subjects as opposed to mathematics. The possible interpretations of these results are discussed in this paper
Теория менеджмента
Жичкин А. М., Гурьянова С. Ю. М.: Московский государственный институт электроники и математики, 2011.
Анализ показателей портовой деятельности
Федоренко А. И., Зеленов Н. Н. Логистика сегодня. 2010. № 5. С. 296-311.