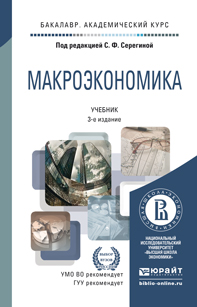 The welfare analysis of the monetary policy has been in the centre of macroeconomics since the Great Depression. Empirical observations of the Phillips curve suggest that prices are sticky in the short run and, therefore, the monetary policy may be used to smooth the business cycle and increase social welfare.

The problem of optimal monetary policy is extremely relevant for Russia. Although the monetary authority claims that inflation targeting is the main goal of the monetary policy, empirical finding suggest that the real exchange rate targeting is of major importance [Vdovichenko, Voronina, 2004]. Due to the rising flow of petrodollars, Rouble is experiencing significant real appreciation recently. But the fear to loose exports makes the monetary authority respond to this real appreciation by accumulating dollar reserves and increasing the money supply, thus preventing the nominal appreciation. Such policy leads to high inflation and benefits of some interested groups at the expense of others. That is why the optimal degree of intervention is in the centre of all political and economic discussions nowadays.

Recent empirical literature finds that prices are more sticky downwards than upwards. This effect it called «asymmetric price rigidity» and may result from money illusion of workers, collusive behaviour of firms or search behaviour of consumers. Therefore, in this paper we propose a model in which we assume downward price rigidity and determine the optimal monetary policy in case of positive and negative exchange rate shocks. We claim that while depreciation of the domestic currency should be accompanied by a significant rise in the interest rate, its appreciation of the same size should be accompanied by a much smaller cut in the interest rate. Then we test this claim on the Russian data.