In this Chapter a system of international labour standards is described and fundamental internationally recognized principles and human rights related to labor are analyzed.

In this Chapter the process of formation and development of international regulation of labor is considered, as well as subjects of such regulation among which the International Labor Organization plays a crucial role. 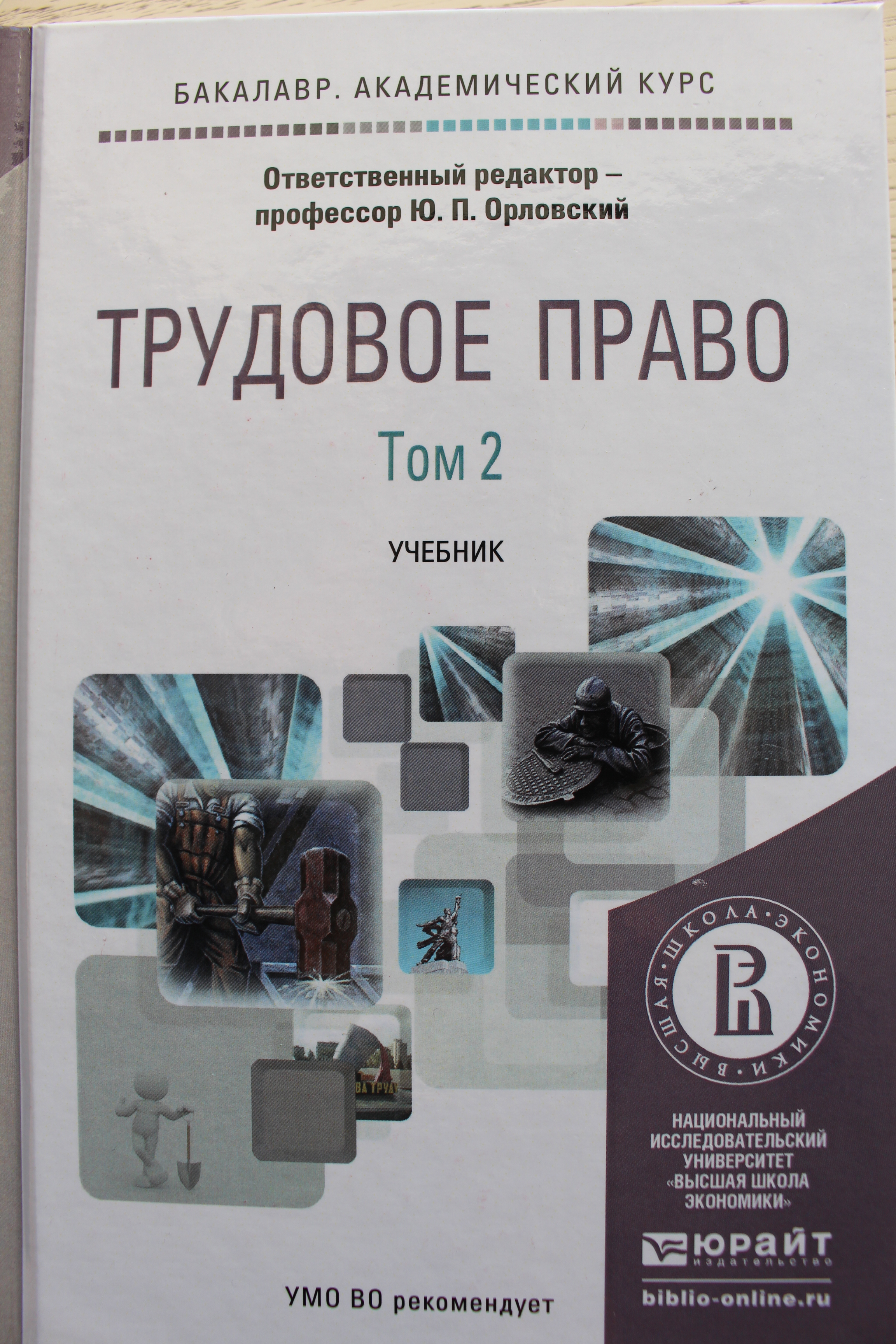 Similar publications
The Legitimacy of the Bolshevik Order, 1917-1918: Language Usage in Revolutionary Russian Law
Borisova T. Y. Law. LAW. Высшая школа экономики, 2012. No. 05.
The article describes and analyzes the legislative politics of revolutionary regimes in Russia in 1917-1918. The author aims to demonstrate the political meaning of the form of early Soviet legislation and its legitimizing effect. The revolutionary legislators often used specific language in the new laws as a vehicle of legitimacy, i.e. to make the people comply. The two main types of legal language used by the Bolsheviks can be interpreted from the perspective of different types of legitimacy. The revolutionary strategy used propagandistic legislation, written in the language of lay people, which urged them to act according to the new law. It can be seen as a request for acts of the people to legitimize the soviets. On the contrary, the traditional strategy employed old bureaucratic means of writing and distributing legislation to the local soviets. The language used by this strategy was closed to the understanding of a lay audience and implied traditions of obeying the law written in familiar legal language, which in turn implied rational/legal legitimacy. The second strategy had already become dominant after the first months of the Bolshevik revolution. This observation demonstrates that from the very beginning of their rule, Soviet leaders approached legislative policy from a technocratic point of view, which determined the further development of Soviet legal theory and practice.
Трудовые споры
Буянова М. О. М.: РГ-Пресс, 2014.

Perceptions of Transnational Employment Relations in Russia: Policy and Practice
Chernyaeva D. SSRN Working Paper Series. Social Science Research Network, 2013
The paper aims at analyzing the role of various legislative and policy sources in delineating the conceptual and regulative frameworks for transnational employment relations. This type of employment relations is still perceived as a novelty in Russia and is not actually reflected in the Russian legislation. However while during the last decades the legislature has not provided for a consistent approach to the understanding  of this phenomenon, the perception of it is now being formed - more or less successfully - on the international/interregional and corporate levels, as well as in contemporary research and in everyday practice. The paper offers an outline of recent academic studies defining particular groups and categories of transnational employment relations proposed by the Russian scholars, explaining problems that arise in the legal regulation of this phenomenon and suggesting possible ways of their solution. Apart from this the paper summarizes principles for the transnational employment relations regulation provided in interregional and bilateral treaties (mostly of the Commonwealth of Independent States and of the EuroAsEC levels). The author describes commonalities and variations of approaches that can be found in these documents, makes an effort to explain the reasons that have brought them about and gives some assumptions of their possible effect and productive usage at the national and enterprise levels. These speculations are supplemented with an analysis of enterprise level developments in regard to transnational employment relations – both national and multinational – that embrace introduction of new concepts and instruments, bringing to light new aspects of the phenomenon and spreading good practices on sectorial or inter-sectorial levels. Among other issues discussed in the paper there is an assumption that the time has come to give a more serious recognition of the so called “soft law sources” which can now be found on both international/interregional and enterprise levels. While these sources are widely used in practice they still lack official recognition and any particular status in the Russian legal doctrine.  This abundant data demonstrates some clear similarities and differences. Therefore it is argued that the field has been developed to the point where particular generalization and systematization can be performed to make the legislative amendments possible in the nearest future. The author provides several examples of such generalizations and amendments and makes an inference of their effect onto the policy and practice of all the stakeholders involved in transnational employment relations or responsible for their regulation in the Russian context.
Инфорсмент трудового законодательства в России: динамика, охват, региональная дифференциация
Вишневская Н. Т., Капелюшников Р. И. Проблемы рынка труда. WP3. Высшая школа экономики, 2007. № 02.
This paper looks at differences in enforcement of employment protection legislation (EPL) across regions of the Russian Federation. The research is based on data from regional courts, State labour inspections and trade unions. These data have never been used by researchers. A special section explores institutional peculiarities of the EPL enforcement in regions. Authors reveal substantial differences in the effectiveness of enforcement of EPL across Russian regions. The EPL violations are more often reported in the northern territories and in the ethnic republics. The regions with more diversifi ed economy and more favorable situation on the local labour market demonstrate lower probability of reporting EPL violation.
Работодателю просто захотелось ее уволить...
Буянова М. О. Трудовое право. 2012. № 5(147). С. 21-34.
Workplace Mobbing and Workplace Harassment Regulation in Russia
Chernyaeva D. SSRN Working Paper Series. Social Science Research Network, 2013
Studies on mobbing and harassment in Russia, - whether from a legal, sociological, psychological or economical viewpoint, - are sporadic and usually included into more general research projects devoted to discrimination, gender issues and human rights. Doctrine does not provide consistent terminology. Legislation does not address these issues consistently in their entirety, recognizing only specific instances of their manifestation. Collective agreements contain only general provisions on this subject if any, and enterprise regulations have mostly superficial clauses unenforceable because of the lack of essence and relevant procedures. Russian legislative landscape also lacks stakeholders seriously interested in establishment and promotion of anti-mobbing and anti-harassment culture in the workplaces. Both government and public demonstrate a “we have more urgent questions to address” attitude. In this context absence of landmark cases and court decisions is a logical consequence and a natural result of the general disregard. Thus it is all the more important to highlight the circumstances in which a judicial protection can now be provided. This analysis and further research, - including comparative studies, - may help to reveal possible directions for the policy development in this field both in doctrinal and regulatory aspects. This paper attempts to outline the state of the art and the major tendencies in legal regulation of mobbing and harassment phenomena in Russia nowadays and to suggest possible explanations and solutions to the problems revealed.
Сроки выплаты заработной платы - основная государственная гарантия прав работников
Петров А. Я. Законность. 2010. № 10. С. 23-27.