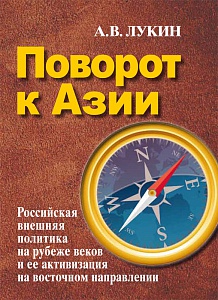 Similar publications
Breaking Vicious Circle of the US-Russia Relations
Suslov D. Basic research program. WP BRP. National Research University Higher School of Economics, 2014
Despite relative normalization of the US-Russia dialogue in early 2013 and their impressive cooperation on Syria and Iran later that year, the relations on the whole remain extremely fragile, volatile and at the same time stagnant. Their traditional agenda, based on arms control, is crumbling; leadership is both countries is not regarding positive US-Russian partnership as central for their vital national interests fulfillment; and the share of contradictions is growing. At best, this deprives the sides of many opportunities to advance their interests through cooperation. At worst, this could spark a new serious crisis by. The author argues that the fundamental problem of the US-Russia relations is their old-fashioned philosophy, centered on strategic deterrence and balancing. This philosophy, the paper claims, in its turn predetermines an agenda of the relations, which poorly reflects the real challenges that US and Russia face in the world of today and tomorrow. The author claims that the new philosophy of the US-Russia relations should be based not on strategic deterrence and strategic balance in a Cold war understanding, but on clear recognition that the sides need each other and need to cooperate in order to deal with real challenges and achieve real opportunities.
Международные и российско-китайские отношения в посткризисный период: проблемы и перспективы развития. Материалы круглого стола (Москва, 18 мая 2010 года)
М.: Российский институт стратегических исследований, 2010.
НАТО на постсоветском пространстве: реалии и перспективы
Перебоев В. С. Безопасность Евразии. 2010. № 2. С. 480-486.
Международные организации и сотрудничество в Арктике
Конышев В. Н., Сергунин А. А. Вестник международных организаций: образование, наука, новая экономика. 2011. № 3. С. 27-36.
Towards a New Model of the US-Russian Relations: The Economic and Political Factors
Suslov D. Basic research program. WP BRP. National Research University Higher School of Economics, 2014
The paper argues that while the current model of US-Russian relations, which the author defines as “selective cooperation against the background of strategic deterrence”, fully reflects their historic narrative and corresponds to the current preferences of the political establishments on both sides, it does not correspond to the major trends of global economy and international relations development. Kondratiev waves theory was selected to describe those trends and their impact on relations among states. According to the author, a sharp discrepancy between the current model of the US-Russia relations and what is demanded by the current Kondratiev wave trajectory results in gradual weakening of the sides and especially Russia in the International system, whose policies are in greatest breach with the Kondratiev wave conjuncture. Case study of US-Soviet relations was provided to depict the negative consequences of this discrepancy. The paper ends with arguing for a new model of the US-Russia relations and description of the one, which would be consistent with the Kondratiev waves cycles.
The Political Role of the Russian Consulates in Mongolia in the Mongolian National Liberation Movement in the Early 20th Century
Sizova A. Basic research program. WP BRP. National Research University Higher School of Economics, 2016. No. 119.
This article examines the objectives, specific features and the results of the political and diplomatic work of the Russian consulates in Outer Mongolia during the rise of the Mongolian national liberation movement in the 1900-1910s. The article is based on a wide range of sources, including archives, in Russian, English, Chinese and Mongolian. In the period after the Xinhai revolution,  Russian  representatives  were  actively  involved  in  the  settlement  of  the  political disputes  between  China  and  Mongolia  which  sought  independence  from  the  former  and facilitated the achieving the autonomous status by Mongolia. The Russian diplomats participated in the elaboration and implementation of important international agreements, organization of the technical and financial help to the Mongolian government and prevention of the spread of the Pan-Mongolist movement. Therefore, at the beginning of the 20th  century, the Russian consulates not  only  served  as  powerful  protectors  of  Russia’s  strategic  interests  in  Mongolia,  but  also played a significant regulating role in the political processes in  this country. Above that, they were important for maintaining the Russian Empire’s political contacts with China and Mongolia and the political status quo in the regional system of international relations.
Proceedings of 2013 International Conference on Logistics, Informatics and Services Sciences (LISS'2013)
Edited by: R. Zhang, J. Zhang, K. Liu et al. Springer, 2013.

LISS 2013 received 379 paper submissions from 17 countries and regions. 157 papers were accepted and published after strict peer reviews. The total acceptance ratio is 41.42%. Additionally, a number of invited talks, presented by internationally recognized specialists in different areas, have positively contributed to reinforce the overall quality of the conference and to provide a deep understanding of related areas.

The collection of articles III International scientific-practical conference "Innovative technologies, science and technology policy and business cooperation" are the results of scientific, theoretical and prakticheskihh research, management decisions, as well as marked PGL information and communication technologies in the development of innovation in education.