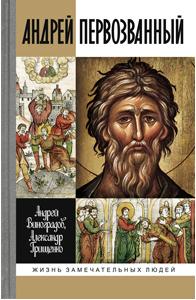 Similar publications
Наблюдения над палеографией византийских надписей Северного Причерноморья
Виноградов А. Ю. Вестник древней истории. 2012. № 1. С. 182-195.
Russian Saint under Construction: Portraits and Icons of Starets Nikolay
Kormina J. Humanities. HUM. Basic Research Programme, 2012. No. 04.
The article analyzes the process of creation and promotion of a new type of saints, the so-called startsy (the elders), which emerged in the Russian Orthodox Church at the end of the 1990s. It focuses on debates about the “styles” of sanctity addressed by the term starets that are supported by different groups of believers. These groups support different strategies to articulate the charisma embodied in starets in terms of its legitimization and characteristics. The article studies these tendencies, using as an example the “career of starets” of the village priest from a remote island in the Pskovskoe lake, which is located 30 km from the Russian-Estonian border. First, I will outline the field of meanings ascribed to the term starchestvo. Then, I will analyze the three-stage “biography of starets Nikoly”, focusing on the ways that his devotees articulate his charisma.
Birchbark Literacy and the Rise of Written Communication in Early Rus’
Gippius A. In bk.: Epigraphic Literacy and Christian Identity: Modes of Written Discourse in the Newly Christian European North. Turnhout: Brepols Publishers, 2012. P. 225-251.