Northscapes: History, Technology, and the Making of Northern Environments

The idea of North is a multivalent concept. It is geographical, but more than just Arctic; it is both an imagined space and a place of harsh challenges. These challenges resonate with each other across the northern world, shaping different areas of the North in many similar ways. Distinctive northern environments are created as humans adapt to climatic and geographic conditions while simultaneously adapting the landscapes to their own needs with technologies, trade, and social organization. This collection of essays argues that the unique environments of the North have been borne of the relationship between humans and nature. Approaching the topic through the lens of environmental history, the contributors examine a broad range of geographies, including those of Iceland and other islands in the Northern Atlantic, Sweden, Finland, Russia, the Pacific Northwest, and Canada, over a time span ranging from CE 800 to 2000. Northscapes is bound together by the intellectual project of investigating the North both as an imagined and mythologized space and as an environment shaped by human technology. The North offers a valuable analytical framework that surpasses nation-states and transgresses political and historical borders. This volume develops rich explorations of the entanglements of environmental and technological history in the northern regions of the globe.

Chapters
In search for instructive models: The Russian state at a crossroads to conquering the North.
Lajus J. In bk.: Northscapes: History, Technology, and the Making of Northern Environments. Vancouver: University of British Columbia Press, 2013. Ch. 5. P. 110-136. 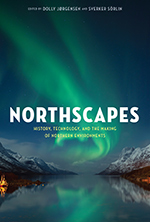 Similar publications
Transplanting Modernity? New Histories of Poverty, Development, and Environment
Edited by: J. Smith, T. Robetson. .
As the twenty-first century unfolds, few challenges facing humanity loom larger than dramatic environmental change, global poverty, and the uneasy relations between the wealthy "West" and the less privileged but rapidly changing "rest." This edited collection examines the historical phenomenon that brought environment, poverty, and developing world politics together during the twentieth century; international development programs aimed at transplanting industrial modernity. The editors of this volume—Tom Robertson and Jenny Leigh Smith—take an important new angle on the topic, focusing on the environmental dimensions of these projects and their long-term legacy. International development programs remade—or tried to remake—the rivers and mountains, forests and deserts, cities, farms, plants, animals and people of the world. Whether successful or not these projects transformed lives, events, and politics, and created the world we live in today. This proposed edited volume grows out of an NSF-sponsored June 2015 workshop, held at Georgetown University. Transplanting Modernity presents nine engagingly written, carefully researched, and rigorously argued case studies that examine how twentieth-century modernization and development projects have radically reshaped physical and political environments around the world. Bringing environmental historians and historians of science and technology into conversation with scholars of diplomatic history and international development, it sheds new light on the history of modernization and its environmental legacy. All of the papers argue that the environmental impact of development has been one of the most important—and overlooked—historical phenomena of the twentieth century.
Book Review: Nature and the Iron Curtain: Environmental Policy and Social Movements in Communist and Capitalist Countries, 1945–1990. Edited by Astrid Mignon Kirchhof and J. R. McNeil. Pittsburgh: University of Pittsburgh Press, 2019. viii + 312 pp. Tables, notes, and index. Cloth $40.00.
Kochetkova E. Environmental History. 2020. Vol. 25. No. 3. P. 550-552.

We now know that the Iron Curtain was not an impenetrable wall but, rather, a porous imaginary boundary through which people, ideas, and goods could travel. This volume is a fresh attempt to look across two blocs to examine variations, similarities, and connections between what we used to call East and West. As editors Astrid Mignon Kirchhof and John R. McNeill explain in the introduction, the volume aims to challenge a traditional question about the East-West divide. It focuses on the environment and its connections to politics, culture, and society.

Proceedings of the 2015 ICOHTEC/IEEE International History of High-Technologies and their Socio-Cultural Contexts Conference (HISTELCON): The 4th IEEE Region 8 Conference on the History of Electrotechnologies. Held in 18-19 August 2015, Tel Aviv, Israel
Los Alamitos: IEEE, 2015.

HISTELCON 2015 was the 4th in its series, after HISTELCON 2008 in Paris, HISTELCON 2010 in Madrid, and HISTELCON 2012 in Pavia). HISTELCON is a pioneering effort by IEEE Region 8 to bring together engineers with historians of engineering to discuss subjects of mutual interest.

The paper is dedicated to the representation of computer and information technology in Soviet society from 1960s to 1970s. A range of contemporary researches note that information society today is tightly linked to the ideas of democracy, freedom, commerce and decentralization. Nevertheless, in the Soviet project information technologies were called upon to serve official ideology and principles of planned economy. Reference to documentary and narrative sources reveals that information technologies can be loaded with varying cultural meanings and those views of the configurations and roles of electronic communications systems (hierarchy/decentralization, verticality/horizontality) are conditioned by their political context. The paper is mainly focused on the difference in interpretation of sociocultural consequences of automatization and development of information technology in capitalist and socialist countries.

This work is an analytical overview of the 8th Biennial ESEH Conference held in Versailles between 30 June and 3 July 2015. The article tells about key presentations made at the conference, main tendencies in ecological history, and perspectives of research in this field.