The monograph identified key areas and indicators of the interaction of globalization and regionalization on the basis of the analysis assumptions and characteristics of their manifestations in Russia and the BRICS countries. At present, according to experts, there is a shift of the global economy towards the East, where the economies of the BRICS become a new factor in the development. The BRICS has attracted considerable attention as an alliance that has an unusual geographical and functional parameters. This fact allows to attribute it to the new format of communication between countries. Belonging to the new markets, the BRICS countries are playing a significant role in contemporary international relations and are active participants in a globalization of the world economy. Currently the role of the country in the international arena are basically determined by its economic and political "weight" among the leaders. A comparison of major economic indicators in Brazil, Russia, India, China and South - Africa and other countries is considered. It is noted that the BRICS countries can be an important element in the system of global management, especially in the financial and economic sphere. This monograph discusses issues of innovative development of the BRICS in the global space. The monograph The monograph may be of interest to a wide range of experts, including researchers of the problem, university professors, graduate students and professionals. 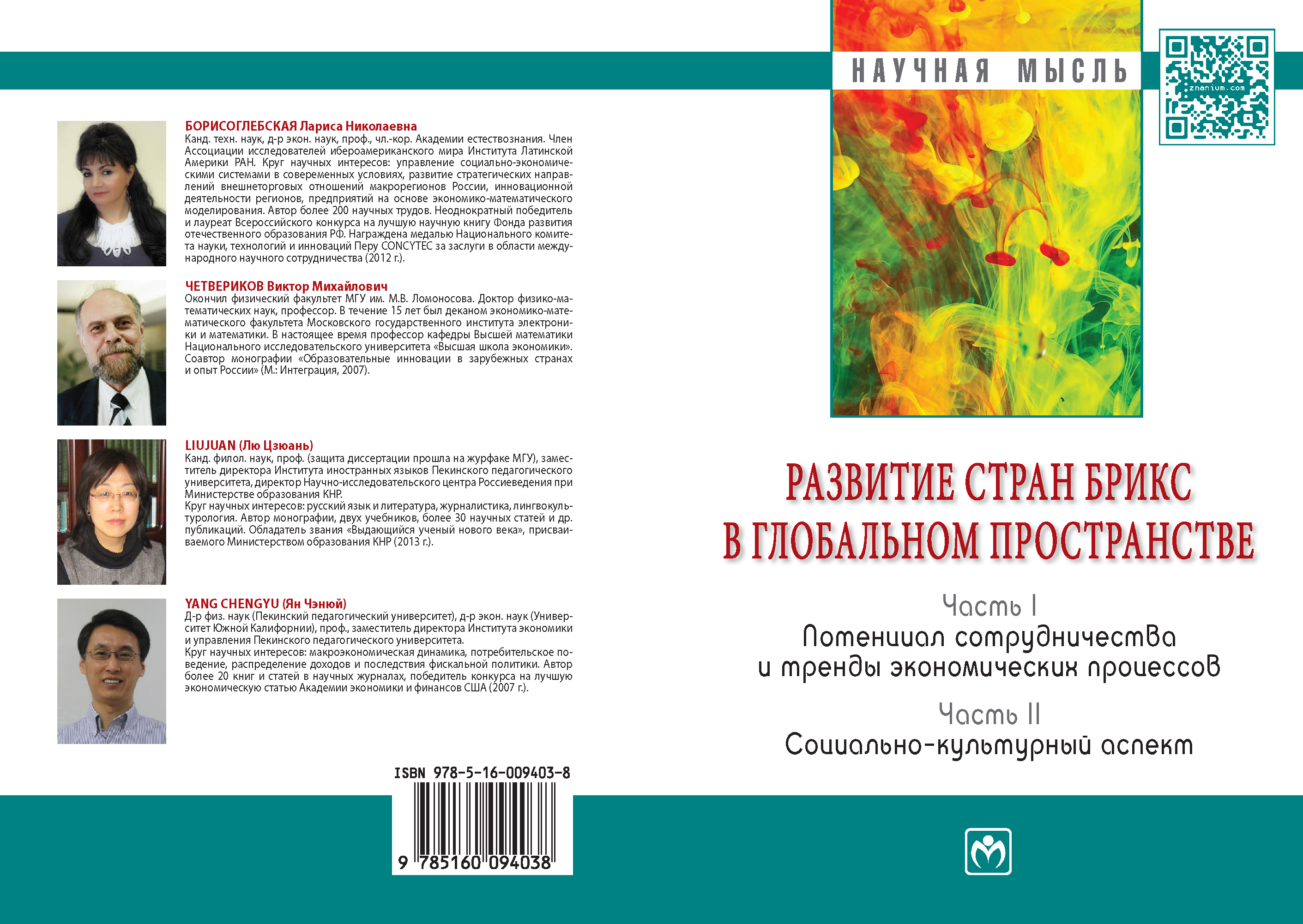