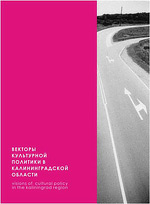 Belarusian Yearbook 2013 presents a comprehensive analysis of the key developments in the main sectors of the state and society. Since its inception a decade ago, the Belarusian Yearbook has evolved as a crucial annual initiative of the Belarusian analytical community to compile, conceptualize and present a chronicle of Belarus contemporary history. Contributing to Belarusian Yearbook 2013 were independent analysts and experts, as well as specialists representing varios think tanks, including the Belarusian Institute for Strategic Studies (BISS, Vilnius, Lithuania), the Research Center of the Institute for Privatization and Managment (Minsk, Belarus), NOVAK Axiometrical Research Laboratory (Warsaw, Poland), the Belarusian Ecomomic Research and Outreach Center (BEROC, Minsk, Belarus), the Center for Eastern Studies (Warsaw, Poland), the expert community of Belarus Nashe Mnenie (Our opinion), the Agency of Humanitarian Technologies, the Independent Institute of Socio-Economic and Political Studies (IISEPS), eBelarus Research Center, Agency for Social and Political Expert Appraisal.