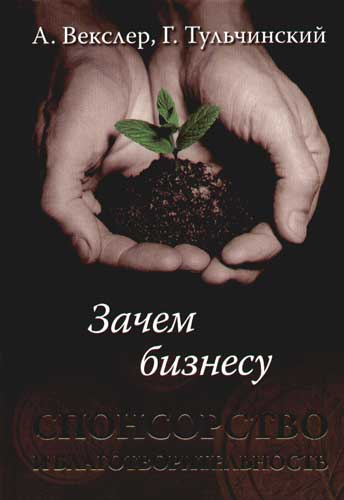 Similar publications
Эстетика как дисциплина профессиональной подготовки современного менеджера
Гриднева Е. А. В кн.: Двухуровневая система образования и ее учебно-методическое обеспечение: материалы межвузовской научно-методической конференции. Н. Новгород: Национальный исследовательский университет Высшая школа экономики в Нижнем Новгороде, 2010. С. 32-34.
The Legitimacy of the Bolshevik Order, 1917-1918: Language Usage in Revolutionary Russian Law
Borisova T. Y. Law. LAW. Высшая школа экономики, 2012. No. 05.
The article describes and analyzes the legislative politics of revolutionary regimes in Russia in 1917-1918. The author aims to demonstrate the political meaning of the form of early Soviet legislation and its legitimizing effect. The revolutionary legislators often used specific language in the new laws as a vehicle of legitimacy, i.e. to make the people comply. The two main types of legal language used by the Bolsheviks can be interpreted from the perspective of different types of legitimacy. The revolutionary strategy used propagandistic legislation, written in the language of lay people, which urged them to act according to the new law. It can be seen as a request for acts of the people to legitimize the soviets. On the contrary, the traditional strategy employed old bureaucratic means of writing and distributing legislation to the local soviets. The language used by this strategy was closed to the understanding of a lay audience and implied traditions of obeying the law written in familiar legal language, which in turn implied rational/legal legitimacy. The second strategy had already become dominant after the first months of the Bolshevik revolution. This observation demonstrates that from the very beginning of their rule, Soviet leaders approached legislative policy from a technocratic point of view, which determined the further development of Soviet legal theory and practice.
Бизнес как система. Разговор по душам о ситуациях и понятиях
Городнов А. Г., Альтшулер И. Г. СПб.: Питер, 2012.
Российская корпорация и региональные власти: модели взаимоотношений и их эволюция
Yakovlev A. A. WP BRP 55/LNG/2017. Высшая школа экономики, 2007. No. 14.
Relations between enterprises and authorities in Russian regions have attracted the attention of many researchers since the mid-1990s. At present, the issues raised by these relations are just as urgent as before because of two current trends. On one hand, growing pressure from the global market is an objective reason for the business community in Russia to seek government support. However, after the Yukos affair Russian business in general found itself subjugated to the federal authorities. For this reason, Russian companies may be expected to more closely cooperate with regional and local administration in pursuit of more favorable conditions for business. On the other hand, the Russian fiscal system was reformed and authority between the federal center and the Russian regions were redistributed so that the budgets of regional governments were reduced and their liabilities remained almost unchanged. Thus, regional authorities may in turn have incentives to change their policy posture towards the business community. In this paper we will use the results of a new empirical study of Russian joint stock companies to assess the extent to which these two trends affected the real mechanisms of interaction between businesses and the state on the regional level.
Локальные нормативные акты
Зарипова З. Н., Пронина Е. Н. Н. Новгород: Кириллица, 2012.
Business under crisis: to start or to discontinue? (The case of Russia)
Alimova T. A., Chenina A., Chepurenko A. In bk.: Theory of Entrepreneurship: new results and prospects (Research papers). M.: 2011. P. 6-42.
Не инвестиционная революция
Николаев И. А. Горизонты экономики. 2011. № 3. С. 10-13.

Инфорсмент трудового законодательства в России: динамика, охват, региональная дифференциация
Вишневская Н. Т., Капелюшников Р. И. Проблемы рынка труда. WP3. Высшая школа экономики, 2007. № 02.
This paper looks at differences in enforcement of employment protection legislation (EPL) across regions of the Russian Federation. The research is based on data from regional courts, State labour inspections and trade unions. These data have never been used by researchers. A special section explores institutional peculiarities of the EPL enforcement in regions. Authors reveal substantial differences in the effectiveness of enforcement of EPL across Russian regions. The EPL violations are more often reported in the northern territories and in the ethnic republics. The regions with more diversifi ed economy and more favorable situation on the local labour market demonstrate lower probability of reporting EPL violation.
Изучение культуры страны в процессе обучения иностранному языку
Козлова Л. А. В кн.: Language in Culture and Culture in Language: Сборник материалов международной научно-практической конференции, 25-26 сентября 2009 (The First MELTA Conference). М.: Институт гуманитарного образования и информационных технологий, 2009. С. 53-58.
Работодателю просто захотелось ее уволить...
Буянова М. О. Трудовое право. 2012. № 5(147). С. 21-34.
Workplace Mobbing and Workplace Harassment Regulation in Russia
Chernyaeva D. SSRN Working Paper Series. Social Science Research Network, 2013
Studies on mobbing and harassment in Russia, - whether from a legal, sociological, psychological or economical viewpoint, - are sporadic and usually included into more general research projects devoted to discrimination, gender issues and human rights. Doctrine does not provide consistent terminology. Legislation does not address these issues consistently in their entirety, recognizing only specific instances of their manifestation. Collective agreements contain only general provisions on this subject if any, and enterprise regulations have mostly superficial clauses unenforceable because of the lack of essence and relevant procedures. Russian legislative landscape also lacks stakeholders seriously interested in establishment and promotion of anti-mobbing and anti-harassment culture in the workplaces. Both government and public demonstrate a “we have more urgent questions to address” attitude. In this context absence of landmark cases and court decisions is a logical consequence and a natural result of the general disregard. Thus it is all the more important to highlight the circumstances in which a judicial protection can now be provided. This analysis and further research, - including comparative studies, - may help to reveal possible directions for the policy development in this field both in doctrinal and regulatory aspects. This paper attempts to outline the state of the art and the major tendencies in legal regulation of mobbing and harassment phenomena in Russia nowadays and to suggest possible explanations and solutions to the problems revealed.
Бизнес как система 2. Панорама идей и методов
Городнов А. Г., Альтшулер И. Г. СПб.: Питер, 2012.
Наука, образование и бизнес как агенты формирования гражданской идентичности
Санина А. Г. Известия Уральского федерального университета. Серия 1: Проблемы образования, науки и культуры. 2010. № 5(84). С. 7-13.