The Languages and Linguistics of Europe. A Comprehensive Guide

The Languages and Linguistics of Europe: A Comprehensive Guide is part of the multi-volume reference work on the languages and linguistics of the continents of the world. The book supplies profiles of the language families of Europe, including the sign languages. It also discusses the areal typology, paying attention to the Standard Average European, Balkan, Baltic and Mediterranean convergence areas. Separate chapters deal with the old and new minority languages and with non-standard varieties. A major focus is language politics and policies, including discussions of the special status of English, the relation between language and the church, language and the school, and standardization. The history of European linguistics is another focus as is the history of multilingual European 'empires' and their dissolution. The volume is especially geared towards a graduate and advanced undergraduate readership. It has been designed such that it can be used, as a whole or in parts, as a textbook, the first of its kind, for graduate programmes with a focus on the linguistic (and linguistics) landscape of Europe. 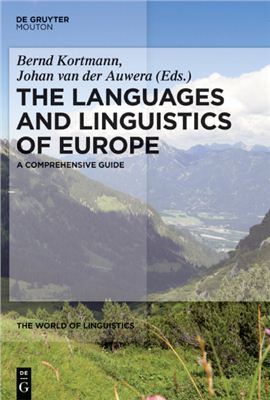