by year
Subject
News
Free Will or Fate? Why Russian Children Rarely Switch Schools
Unlike many other countries, Russian children’s educational path is decided from an early age. Starting with the first grade, parents try to send their children to schools where they can remain until they graduate after either the 9th or 11th grades. Moreover, many families do not use the opportunity available to them to transfer their children to a better school partway through their education. The result is that inter-school mobility remains low and a child’s educational path is often hard-wired early on, HSE University sociologists in St. Petersburg found.
Ugly but Necessary: How Street Trading Spread in Post-Soviet Russia
In 1992 in post-Soviet Russia, retail trade was allowed to flow out of stores to the streets where people were now able to sell things hand-to-hand, from stands and kiosks. Immediately, street vendors flooded the country and open-air markets expanded and multiplied. After a few years, according to some estimates, more than 30 million people, or nearly half of Russia's economically active population, were engaged in trading. This phenomenon was examined in detail for the first time by HSE professor Oleg Khlevniuk.
Attention and Atención: How Language Proficiency Correlates with Cognitive Skills
An international team of researchers carried out an experiment at HSE University demonstrating that knowledge of several languages can improve the performance of the human brain. In their study, they registered a correlation between participants’ cognitive control and their proficiency in a second language.
Publications
Author:
Campus:
Any
Moscow
Saint Petersburg
Nizhny Novgorod
Perm
Sub-department:
Keywords:
Subject:
Priority areas:
▼
Language:
▼
russian  english
Year:
2021
1958
Add a filter
Of all publications in the section: 2
Sort:
by name
by year 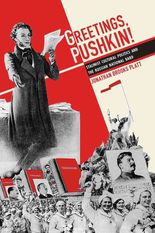 Preface: “The Holocaust as a Part of Soviet History”