by year
Subject
News
Researchers Propose Carbon Debt System to Combat Global Warming
An international team of researchers, including Artem Baklanov, Research Fellow of the International Laboratory of Game Theory and Decision Making, HSE University, has proposed treating greenhouse gas emissions as financial debt in a new research article published in Nature. This approach could provide immediate economic incentives for enterprises to begin mitigating the harmful effects of their business activities.
Higher Education and State-building: Methaphors of Universities Revisited
How has higher education influenced the evolution of nations since the Second World War—and vice versa? Stanford professor Mitchell Stevens and Institute of Education researcher Ekaterina Shibanova have tried to answer this question in a special issue of the European Journal of Higher Education. They invited renowned historians, political experts, sociologists and economists to develop ‘a consensus on the role of higher education in political and social history after 1945.’ The special issue was created with input from researchers from Canada, Luxembourg, Russia, Germany, France, the UK, and Sweden.
Shrinking Vorkuta: Depopulation and Decline of Russian Arctic Cities
In Soviet times, relocation to northern monocities was seen as an attractive option, with high pay and good perks, along with a well-developed infrastructure, perceived as offsetting the harsh climate. The situation is different today, with some cities on the verge of vanishing into extinction. A prominent and rather striking example of this process is Vorkuta in the Komi Republic. A team of researchers from the HSE and Politecnico di Milano, having examined the progressive shrinkage of this once booming monocity, concluded that the case of Vorkuta could suggest effective approaches to managing urban depopulation in the Russian Arctic.
Publications
Author:
Campus:
Any
Moscow
Saint Petersburg
Nizhny Novgorod
Perm
Sub-department:
Keywords:
Subject:
Priority areas:
▼
Language:
▼
russian  english
Year:
2022
1958
Add a filter
Of all publications in the section: 18
Sort:
by name
by year 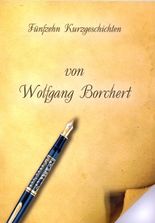 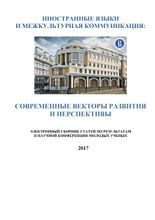 The monograph brings together various, sometimes difficult-to-access publications and previously unpublished records of the Upper Kolyma Yukaghir legends about Khalandin, supplementing them with a series of observations and a vast study and commentary. The work is intended for readers interested in the culture and history of the Yukaghirs, folklore traditions and the ethnic history of Siberia and the Far East, archaic epics.

The conference proceeding is published basing on the results of the V Scientific Interuniversity Conference of Young Scientists, which was held by the HSE School of Foreign Languages on April 16, 2020.

It is aimed at a wide audience interested in the issues of economics, linguistics, translation, teaching foreign languages and cultures as well as the researchers, linguists, teachers of foreign languages, undergraduate, graduate and postgraduate students.