by year
Subject
News
Digital Transformation: How Technologies Transform the Economy and the Social Sphere
The dazzling evolution of digital technologies is changing the face of the economy and the social sphere. Some Russian sectors — such as the manufacturing industry and financial services — are well-aligned with the global trend, while some others are lagging behind, thereby creating risks for the country's economy. A team of HSE ISSEK researchers examined current approaches to measuring digital transformation and focused specifically on its uptake by a few key sectors of the Russian economy and services, benchmarking them against the global situation. The study findings were presented in the report 'Digital Transformation of Industries: Starting Conditions and Priorities' at the XXII April International Academic Conference co-organised by HSE University and Sberbank.
How People’s Behaviour Has Changed in Public Places during the Pandemic
The HSE Centre for Fundamental Sociology has recently held ‘Logica Socialis’, an open social theory seminar. Andrei Korbut, Senior Research Fellow at the HSE Centre for Fundamental Sociology, presented his report entitled ‘COVID-19 as an interactional phenomenon: People’s behaviour in public places during the pandemic’.
Regional Competitiveness Practices to Be Discussed at the TCI Global Conference 2021
On September 15-17, 2021, Kazan will host the 24th TCI Global Conference, one of the main international events in the field of regional competitiveness and cluster development. The conference will be held in cooperation with HSE University.
Publications
Author:
Campus:
Any
Moscow
Saint Petersburg
Nizhny Novgorod
Perm
Sub-department:
Keywords:
Subject:
Priority areas:
▼
Language:
▼
russian  english
Year:
2022
1958
Add a filter
Of all publications in the section: 24
Sort:
by name
by year 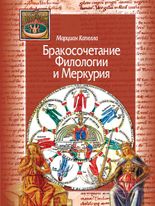 The monograph discusses the features of state administration of the Russian Empire during the reign of Nicholas I (1825-1855) through the history of the functioning of the highest legislative body - the State Council. It highlights its interaction with other government agencies of the highest level of power, as well as relations with the monarch, which allows us to trace the process of political decision-making. The board of Nicholas I is considered as a stage in the development of Russian statehood, which was a continuation of the previous one and created the conditions for reforms at the next, as the time of the final formation of the public administration system that existed until 1917.

The monograph studies on of the most interesting phenomena of Russien historical science - the St. Petersburg School of mediavalists, wich em erged in the early twentieth century and included a number prominent scientists - Lev Karsavin, Nicolay Ottocar, Olga Dobiash-Rozhdestvenskaya, Matvey Gukovsky and others. The monograrh discusses in detail life, scientific and educational work of the school leader, Professsor  Ivan Grevs, his relationship with studens. 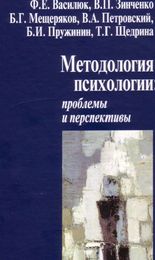 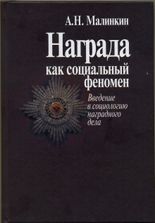 The award is an ancient phenomenon of the human society, like the gift. However, while there are many books are written about the gift we cannot establish the same fact about the award. Previously, the awards were the subject matter mainly for the historians, interested for faleristics. The author of this book – sociologist, candidate of philosophy, adjunct professor at the chair for cultural studies of the philosophy department of the Higher School of Economics – suggests a philosophical-sociological view on the award which allows to reveal its social-anthropological nature. The author claims that the social essence of the award lies in all kinds of power, authority and dominance relations, above all, in the influence of authority by means of social-communicative generalized codes. In contrast to the specialists in faleristics, the author considers the award as a symbolic form which is filled with the historical changeable sociocultural meanings. The award symbolizes first of all the authority and the legitimacy of the officials; the dignity of the awarded person and its public status; the present social-ethical virtues and the patterns of the social-significant actions (public conduct, way of life). The award systems turn out to be languages of the second level overbuilt on the natural usual languages and communications, and the award signs and badges being the second-order political-cultural symbols. In this regard, the award is a social-communicative symbolic means of the transmission and the translation of the authoritative messages with the reciprocal contingent selectivity. The author puts forward an idea of a new direction of the interdisciplinary social research – the sociology of award affairs. It touches upon the subject area of such disciplines, as philosophy, ethics, sociology, political science, jurisprudence, history, semiology, as well as political, social and cultural anthropology. The author considers his treatise as a conceptual introduction which has to invite attention of the scholars to the comprehension of a new actual of the social life. The book is intended for the broad sections of the educated public.

Anglo-Welsh relationship has always been one of the most thought-provoking and engrossing aspects of British history. Welsh factor played a significant role in the Middle Ages. Wales was a turbulent region and Welsh propensity to rebel has been always regarded as their national feature.

Understanding of Welsh political history is unachievable without considering the ideology of subjugated people, the most notable part of which was ancient myth about inevitable triumph over English.

Particular attention has been paid to the analysis of the Law of Hywel Dda. Welsh native legal tradition was undoubtedly abundant and exceptional.  Welsh legal tradition ascribes this compilation to Hywel Dda, a Welsh king in the X century, although the content of surviving manuscripts is more correlated with reality of the XII-XIII centuries. The Law of Hywel Dda had been the main source of Welsh native law till «The Statute of Rhuddlan» of Edward I when English criminal law was introduced in Wales. The Law of Hywel Dda was finally abrogated in XVI century.

This book might be of interest for historians and wide readership concerned about problems of medieval history and culture. 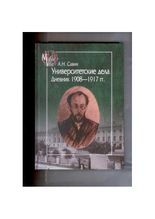