by year
Subject
News
World Bank—HSE University Webinar Examines the Costs of School Closures During the Covid-19 Pandemic
On May 21, the joint webinar series, ‘Education under COVID-19: Problems, Solutions, Perspectives, Research’ began with a session about the effects of school closures under the pandemic. Harry Anthony Patrinos of the World Bank presented the results of a model that he and a team of researchers developed in order to predict the extent to which the closures may reduce learning and lead to future losses in labor productivity and earnings for today’s students. The webinar was moderated by Isak Froumin (Head of the HSE Institute of Education), while Professors Tommaso Agasisti (School of Management, Politecnico di Milano) and Sergey Kosaretsky (Director, HSE Centre of General and Extracurricular Education) served as discussants.
From Moscow to Brazil, South Africa, and China: Panelists Discuss Challenges and Potential for BRICS Countries in the Global Economy
On May 14, as part of the ‘World Economy’ session of the XXI April Conference 2020 an online panel attended by representatives of BRICS Network University took place. The session was devoted to the topic ‘BRICS Countries in the Global Economy’.
The Russian Economy’s Prospects: Experts Show Moderate Pessimism
HSE University’s Centre of Development Institute has conducted its regular quarterly survey of experts’ projections for the Russian economy in the 2020–2021 period. According to the consensus forecast, Russia’s GDP will decrease by 4.3% this year. This seems to be a more optimistic outlook compared, for example, to the IMF’s forecast, which suggests a 5.5% decline.
Publications
Author:
Campus:
Any
Moscow
Saint Petersburg
Nizhny Novgorod
Perm
Sub-department:
Keywords:
Subject:
Priority areas:
▼
Language:
▼
russian  english
Year:
2021
1958
Add a filter
Of all publications in the section: 4
Sort:
by name
by year 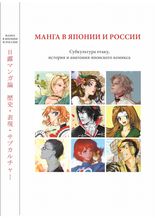 This book is the first publication on manga research in the field of Russian Japanese Studies. It contains articles by Russian and foreign scholars who discuss various aspects of manga and especially the development of manga in Russia. It consists of three parts.

The first part focuses on Manga Studies itself and addresses such themes as the history and culture of manga, otaku subculture, Japanese manga discourse, the Gothic tradition and folkloristic images in manga.

The second part illuminates the process of manga’s spread in Russia, which at first was related closely to watching Japanese animation. It includes articles about the history of anime and manga in Russia, the activity of publishing houses, an analysis of works by Russian manga artists, an investigation of special otaku slang, and a chronology of the main manga-related events in the Soviet Union and Russia from the end of the 1980s till the year 2014. 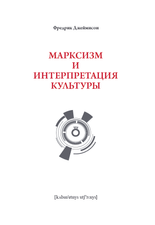 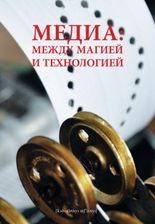 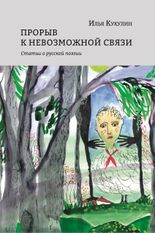 Current state of the Russian poetry and its history in the «age of extremes» (Eric Hobsbawm) are among the main scholarly interests of Ilya Kukulin, a cultural historian and a sociologist of culture. This book is a collection of his articles and essays on poetry written in 2001—2018: historical studies; papers tracing the new aesthetic and social trends in poetry; and texts focused on particular today’s authors. These works are arranged into four cycles (corresponding with the four parts of the book) and allow to follow several “main tracks” in development of the Russian poetry of the 20th and 21st centuries: poetic creativity as a way of emancipation from everyday social pressure and of creation of the new view(s) at the world; influence of censorship and self-censorship on development of literature; involvement of Russian poetry into international cultural movements. The scope of the book embraces the authors from Anna Akhmatova and Ossip Mandelshtam to the young poets who made their debuts already in the 21st century.