by year
Subject
News
Researchers Propose Method to Increase Charge of Supercapacitors
Researchers from HSE MIEM and the Institute of Non-Classical Chemistry in Leipzig have proposed a new theoretical model of supercapacitors that takes into account the properties of a cation, which considerably impacts the electric differential capacitance of supercapacitors. This is the first publication of its kind in electrochemistry. The authors believe that the model will allow engineers to create more powerful energy sources in the future. The results of the study were published in The Journal of Physical Chemistry C. The study was completed with support from a grant by RSF.
HSE University Researchers Develop First Standardized Russian-Language Test for Aphasia-related Disorders
Researchers from the HSE University Centre for Language and Brain have created and standardized a new test battery for diagnosing language disorders in people with brain damage. The test is the first standardized assessment tool in Russia in the field. The paper entitled ‘The Russian Aphasia Test: The first comprehensive, quantitative, standardized, and computerized aphasia language battery in Russian’ has just beenpublished in the PLOS ONE journal.
‘We Know Where to Find Geoinformation and How to Work with It’
In October, the HSE Faculty of Geography and Geoinformation Technology launched the Geodata Centre. In addition to developing its own research and commercial projects, the Centre provides auxiliary educational services related to the collection and processing of spatial data, performs geographic analysis, captures video and photo using drones, and processes data received via remote probing of the Earth. Tatiana Aniskina, Head of the Centre, speaks about the importance of geodata.
Publications
Author:
Campus:
Any
Moscow
Saint Petersburg
Nizhny Novgorod
Perm
Sub-department:
Keywords:
Subject:
Priority areas:
▼
Language:
▼
russian  english
Year:
2022
1958
Add a filter
Of all publications in the section: 27
Sort:
by name
by year

The main objective of our Yearbook as well as of the previous issues is the creation of a unified interdisciplinary field of research in which the scientists specializing in different disciplines could work within the framework of unified or similar paradigms, using the common terminology and searching for common rules, tendencies and regularities. At the same time for the formation of such an integrated field one should use all available opportunities: theories, laws and methods. In the present volume, a number of such approaches are used.

This Yearbook will be useful both for those who study interdisciplinary macroproblems and for specialists working in focused directions, as well as for those who are interested in evolutionary issues of Cosmology, Biology, History, Anthropology, Economics and other areas of study. More than that, this edition will challenge and excite your vision of your own life and the new discoveries going on around us!

This yearbook is the fourth in the series with the title Globalistics and Globalization Studies. The subtitle of the present volume is Global History & Big History. The point is that today our global world really demands global knowledge. Thus, there are a few actively developing multidisciplinary approaches and integral disciplines among which one can name Global Studies, Global History and Big History. They all provide a connection between the past, present, and future. Big History with its vast and extremely heterogeneous field of research encompasses all the forms of existence and all timescales and brings together constantly updated information from the scientific disciplines and the humanities. Global History is transnational or world history which examines history from a global perspective, making a wide use of comparative history and of the history of multiple cultures and nations. Global Studies express the view of systemic and epistemological unity of global processes. Thus, one may argue that Global Studies and Globalistics can well be combined with Global History and Big History and such a multi-disciplinary approach can open wide horizons for the modern university education as it helps to form a global view of various processes.

In the period from the 1920s to 1930s the theory of economic cycles underwent dramatic changes. Due to the research of such famous economists as Nikolay Kondratieff, Joseph Kitchin, Wesley Mitchell, Simon Kuznets, and Joseph Schumpeter the idea of a whole system of economic cycles (with characteristic periods between two and sixty years) was developed. The idea of a system of intertwined economic cycles is nowadays paramount to the school of evolutionary economics and its development promises rather interesting future outcomes. That is why this issue of our ‘Kondratieff Waves’ Yearbook is devoted to the interconnections between various economic cycles.

As to the subtitle of this volume, one should note that many of the contributors refer to the system of cycles and the fact that real economic cycles make up a system, whereas among different types of cycles, the Juglar, Kuznets, and Kondratieff cycles are the most important ones for the present-day economic dynamics.

Although Kondratieff himself considered long waves as above all an economic phenomenon, the theory of the long waves became, however, very actively developed in connection with their political and geopolitical aspects. In this Yearbook, the political aspect of Kondratieff waves is the subject of several articles in the second section.

The last section of this Yearbook is devoted to the heritage of Kondratieff and other prominent economists. The year 2015 marks the 150th anniversary of the outstanding Russian economist, one of the most prominent researchers of medium-term economic cycles, Mikhail Tugan-Baranovsky, and the volume is concluded with Kondratieff's article about him. Concerning 2015, we should mention another anniversary, namely, 30 years since the death of Simon Kuznets (1901–1985).

This edition will be useful for economists, social scientists, as well as for a wide range of those interested in the problems of the past, present, and future of global economy and globalization.

Despite the increasing flow of publications on globalization, our ideas and knowledge about this phenomenon still leave much to be desired. That is why the special periodicals and books in the field of Global Studies are of utmost importance for modern society. Of great importance are also the books which accumulate the last achievements of scientific thought in the field of Global Studies. The present edited volume is just the book of the kind. Its title, This Globalizing World, reflects the main idea of the formation of a new World System. This book comprises the best articles which have been published in the interdisciplinary journals Age  of Globalization (published in Russian), its English-language digest, as well as in the Journal of Globalization Studies. The articles included in the volume reflect the today's pressing issues, and they also present a number of forecasts for the nearest future and for the more distant periods of the global development as well. In the present volume one can find the perceptions of globalization by a number of scholars from different countries, whose articles have been published in the mentioned journals. 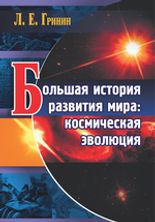 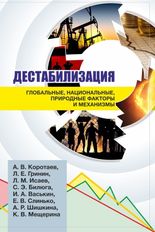 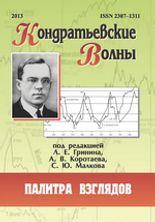 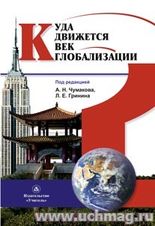 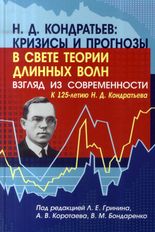 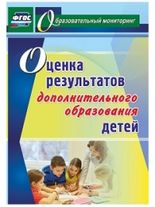 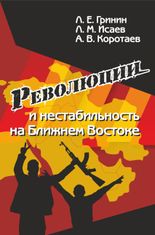 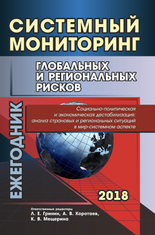