Including Toni Morrison’s short story, “Recitatif” (1983), into The Norton Anthology of American Literature (2007), the editors define “recitatif” as “a vocal performance in which a narrative is not stated but sung” and continue that “Morrison’s voice sings proudly of a past that…puts all Americans in touch with a more positively usable heritage” (2685). Thereby they do not only deprive the title term of its musical implications, but also read the title metaphorically: it is the author as a public figure who “sings proudly.” In terms of Narratology, however, the biographical author’s voice is not the issue. Morrison’s “Recitatif” is a sample of intricate play with character identities. One of the two main characters is white and the other black, but the reader cannot determine which one is which, with the narrative signaling either solution in a thus problematized alternated sequence. My starting point is the observation that “Recitatif” is a case of ich-Erzählung, and one of the very characters with uncertain racial identity is also the first-person narrator. My premise is that the reader, even when reading silently, is coming up not only with a series of visual mental images, but also with the sound of characters’ voices – and the narrator’s voice, too. In the chapter, I show how the uncertainty of the narrator’s racial status affects the audial image of her speech (black vs. white talk), thus splitting the narrator in two contrasting voices, adding to the narrative polyphony at plot and character levels, and creating a polyphonic illusion of simultaneous sounding of two voices in one. 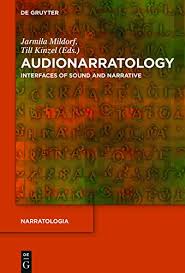