HSE School of Philology Researchers at ASEEES Conference in Washington

In October, the international seminar ‘Creative Labour Revisited: Cultural Production in Distinct Institutional Environments’ took place at the Experimental Sound Museum in St. Petersburg. The event was supported by the HSE campus in St. Petersburg and the Centre for German and European Studies. The seminar was initiated by Margarita Kuleva, lecturer at HSE’s Department of Sociology in St. Petersburg, and attracted Russian scholars, including HSE researchers and international academics.
Research&Expertise conferences & seminars international cooperation sociology
November 02, 2016

Technology, Natural Resources and Crises in the Past and Present of Europe and Beyond

From October 21st – 22nd, 2016, an international workshop on ‘Technology, natural resources and crises in the past and present of Europe and beyond’ took place at HSE in St. Petersburg. The event was organized by the HSE Centre for Historical Research, Aarhus Univerisity (Denmark), and Tensions of Europe (TOE), an international scientific network.
Research&Expertise conferences & seminars
October 27, 2016 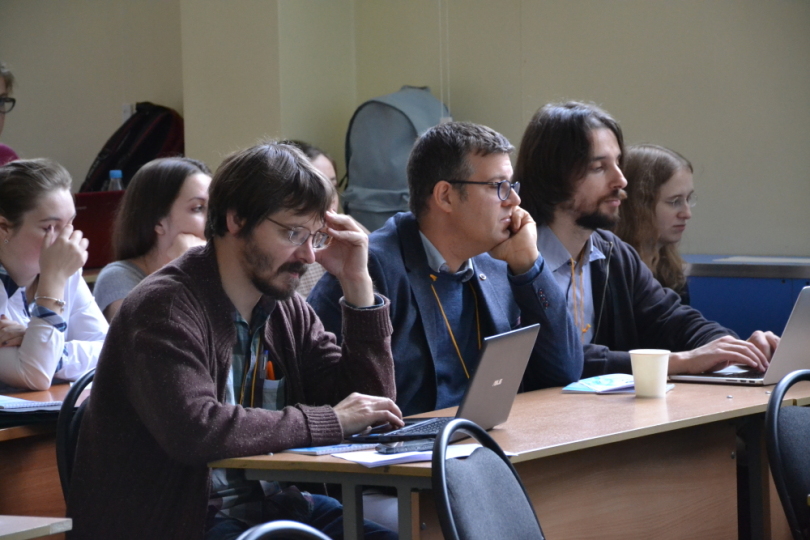 On October 7-11 the international conference ‘Reviving Visions: Artists and Scholars that Connected East and West’ marking the launch of a joint MA programme between HSE, the University of Cologne and the University of Warsaw, was held in Cologne. Students and staff from the HSE School of Philology took part in the event.
Research&Expertise conferences & seminars international cooperation philology
October 14, 2016

MIT Professors Discuss Microbiopolitics Through the Lens of American Cheese

On Monday, October 3, two professors of anthropology from the Massachusetts Institute of Technology (MIT) – Heather Paxson and Stefan Helmreich – delivered a seminar for students of HSE St. Petersburg Master's programme in Applied and Interdisciplinary History. A presentation by Professor Paxson focused on how the microbiopolitics of cheese making in the U.S. presupposed and promoted industrial methods and standards and how in recent decades interest in producing and consuming artisanally made, raw-milk cheese has risen dramatically.
Research&Expertise HSE guests conferences & seminars history
October 13, 2016 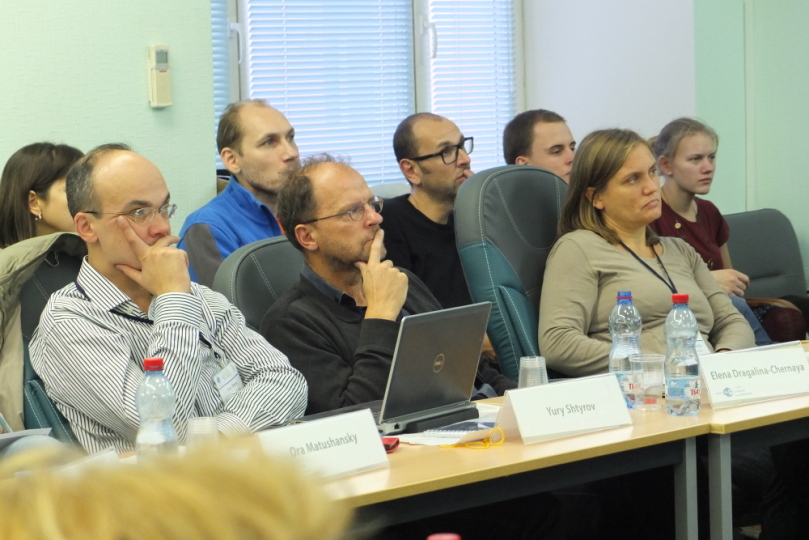 On September 30 - October 1, 2016,  an international Semantics & Pragmatics Workshop was held at HSE. The event was organized by the School of Linguistics, the School of Philosophy and the Formal Philosophy Research Group.
Research&Expertise conferences & seminars international cooperation linguistics philosophy
October 06, 2016

The National Pushkin Museum at its famous home on on Moyka Embankment was the platform for the first Polish-Russian interdisciplinary seminar ‘Methods of Textual Criticism and Models of Poetics’. The seminar was co-organized by the museum, HSE in St. Petersburg, Polish Academy of Sciences, and the Vinogradov Institute of Russian Language, Russian Academy of Sciences.
Research&Expertise conferences & seminars literature poetics
October 03, 2016

The Annual Conference of the Consortium of Higher Education Researchers, CHER, is a key event in higher education research in Europe. Traditionally, CHER has attracted the best researchers and experts with a unique opportunity to learn about cutting-edge studies in the field, as well as to present their own research to the global community. This year’s conference took place from September 4 to 7, 2016, in Cambridge, England. A group of staff from the HSE Institute of Education took part in the event, including Isak Froumin, Igor Chirikov, Mikhail Lisyutkin, Dmitry Semyonov, Daria Platonova, Ksenia Romanenko, and Tatiana Semenova.
Research&Expertise conferences & seminars education international cooperation
September 29, 2016
1 2 3 4 5 6 7 8 9 10 11 12 13 14 15 16 17 18