Professor Bjørn Stensaker, who teaches in the Department of Education at the University of Oslo, will be the plenary speaker at the 8th International Conference on Higher Education Research organized by the Russian Association of Higher Education Researchers in Moscow. The conference is due to take place October 19-21. In a recent interview with the HSE News Service, Professor Stensaker spoke about his latest research and the trends he sees in higher education, including the growing role of technology.
Research&Expertise HSE guests education international conferences
October 11, 2017

What is higher education for? Is it a public or private good? Who should pay? Who should decide what is taught and how? What priority should it have over other levels of education? Professor Sir Adrian Smith, the Vice-Chancellor of the University of London (UoL), discussed these and other important issues during his honorary lecture dedicated to the 20th Anniversary of ICEF.
Research&Expertise HSE guests higher education
September 18, 2017

Austin L. Wright from the Harris School of Public Policy at the University of Chicago flew to Moscow from Chicago to discuss  ‘Civilian Abuse and Wartime Informing’ at the Political Economics workshop that was held at HSE on July, 20, 2017.
Research&Expertise HSE guests Political economics
July 21, 2017

Complex Issues of Identity in the Former Soviet Union Countries

The HSE Institute for Social Policy held an event entitled ‘Demographic Challenges of the 21st Century’ on 13 June 2017. At the event, Lauren Woodard, PhD candidate, Department of Anthropology, University of Massachusetts, presented her report ‘Politics of Return: Resettlement of Compatriots Programme in Primorsky Territory’. Here she talks to HSE News about the event, her research, and her interest in the complex issues of identity in Russia and the Former Soviet Union.
Research&Expertise HSE guests demography migration
June 27, 2017

‘People Who Are Good with Numbers Need to Develop Emotional Intelligence’ 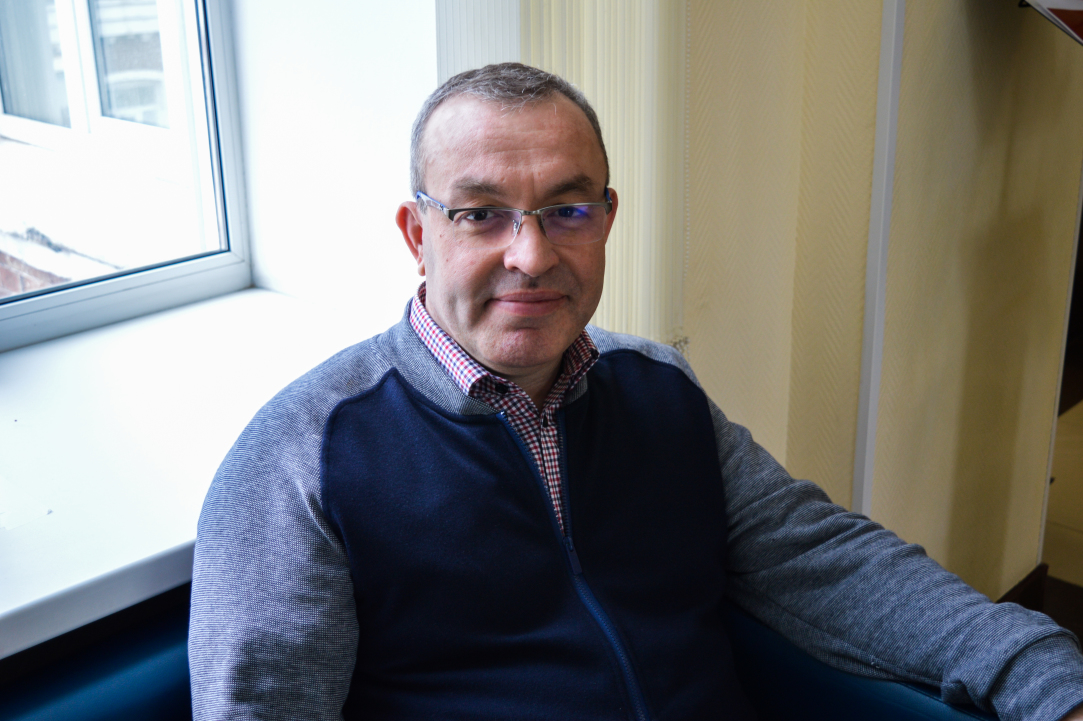 How can financial managers help design products and services? What bearing may a CEO’s death have on investment decisions? Why is our perception of time and place changing? Professor Jean-Malik Dumas from Tilburg University discusses these and other issues in an interview with HSE News Service. He has recently visited HSE Faculty of Economic Sciences under Erasmus Plus programme to teach an elective course in Finance for Master’s students of Strategic Corporate Finance programme.
Research&Expertise HSE guests finance
June 13, 2017

On May 31, Valerie Kivelson, Professor of History at the University of Michigan, will be delivering a seminar entitled ‘Visualizing Empire: Muscovite Images of Race’. Professor Kivelson is an expert in Medieval and early modern Russia, history of cartography, history of witchcraft, religion, and political culture, among other topics. She is the author of 'Desperate Magic: The Moral Economy of Witchcraft in Seventeenth Century Russia' and a guest editor of 'Witchcraft Casebook: Magic in Russia, Poland and Ukraine. 15-21st Centuries'.
Research&Expertise HSE guests history medieval studies
May 30, 2017

On May 23, Ellen Rutten, Professor of Russian and Slavic Studies at the University of Amsterdam, delivered a lecture at HSE on her new book, ‘Sincerity after Communism’. An expert on Slavonic literature and culture, Professor Rutten is involved in numerous projects, including the Digital Emotions group, Sublime Imperfections, and ‘Russian Literature’, a journal where she serves as editor-in-chief.
Research&Expertise HSE guests literature Slavic studies
May 25, 2017

On Tuesday, May 23, William Reisinger, Professor of Political Science at the University of Iowa, will deliver a seminar at the HSE School of Political Science entitled ‘The Impact of Petty Corruption on Political Support in Post-Soviet Societies’. Ahead of his seminar, Professor Reisinger spoke with the HSE News Service about the topic of his research, how his impressions of Russia and the post-Soviet world have changed since he began visiting the region, and the changing interest in Russia that he has observed among Western students over the past several decades.
Research&Expertise HSE guests politics
May 22, 2017

On May 17, Dr Jorge Emilio Nunez, a Senior Lecturer at Manchester Law School (UK), delivered a lecture at HSE on the themes from his latest book, ‘Sovereignty Conflicts and International Law and Politics’ (Routledge 2017). While addressing members of the HSE community, he explored a solution of egalitarian shared sovereignty, evaluating what sorts of institutions and arrangements could, and would, best realize shared sovereignty, and how it might be applied to territory, population, government and law.
Research&Expertise HSE guests law politics
May 19, 2017

An Exciting Journey of Discovery

Dr Elyssebeth Leigh, Senior Lecturer, Faculty of Education, University of Technology, Sydney – Australia will be visiting HSE Moscow to give lectures and take part in discussions at the HSE Institute of Education on May 15-19, 2017. She has been working for over 30 years as an educator and learning designer in workplaces and academic settings. As an experienced adult learning facilitator she has published four books and numerous articles and conference papers on learning and teaching. Much of this work concerns the use of simulation in learning and research.
Research&Expertise HSE guests education
May 11, 2017
1 2 3 4 5 6 7 8 9 10 11 12 13 14 15 16 17 18 19 20 ... 26