Exploring Eurasian Sovereignty through the Lens of Kazan

On Monday, March 19, Jane Burbank, Professor of History and Russian and Slavic Studies at New York University, delivered a lecture entitled ‘Eurasian Sovereignty: The Case of Kazan’ at the Department of History and the Centre for Historical Research at HSE St. Petersburg.
Research&Expertise HSE guests Kazan Russian history
March 27, 2018

On March 15, HSE’s School of Cultural Studies welcomed Professor Ian Shapiro from Yale University to talk on two very hot topics: ‘Power and Domination in Political Theory’ and ‘Human Rights in the Contemporary World and Their Prospects’. The presentations were followed by a round table which gave participants further opportunity to engage with this internationally renowned expert in political science. Professor Shapiro’s latest book, Politics against Domination, is soon to be published for the first time in the Russian language.
Research&Expertise HSE guests human rights political theory
March 20, 2018

British Professor Delivers Lecture on ‘History of the Senses’

On January 23, 2018, Roger Smith – Emeritus Reader in the History of Science at Lancaster University (UK) and Honorary Scientific Researcher at the Institute of Philosophy in Moscow – delivered a lecture entitled ‘The History of the Senses’. The lecture contributed to the history course taught by Professor Irina Savelieva, Director of the Poletayev Institute for Theoretical and Historical Studies in the Humanities, for second year Master's students.
Research&Expertise HSE guests history
February 05, 2018

On November 27, Sonia Guelton, who teaches Real Estate Economics, Public Finance, and Development Economics at University Paris-Est Créteil (UPEC), will arrive at HSE to deliver several lectures over the course of a week at the Vysokovsky Graduate School of Urbanism. Her lectures will cover housing market tensions in the EU, density in housing markets, and the role of public policy in addressing these issues. Ahead of her visit, she spoke with the HSE News Service in depth about her lectures, her research interests, and the lessons she has learned over the course of her career.
Research&Expertise HSE guests urban studies
November 22, 2017

On November 10, Christopher Pissarides, Nobel Prize laureate in Economics and Professor at the London School of Economics, spoke at HSE ICEF. His lecture on human capital and its impact on economic growth commemorated the 20th anniversary of ICEF.
Research&Expertise HSE guests human capital
November 17, 2017

On September 26 and 27, the HSE School of Philology hosted Professor Brian Baer of Kent University (Ohio, USA) for a lecture entitled ‘The Translator’s Biography in Soviet and Post-Soviet Russia: Art, Politics, Identity’, followed by a workshop on ‘Teaching Translation Studies’. Following his lecture and workshop, Professor Baer spoke with the HSE News Service about his career as a translator, the role of the translator in society and his recommendations for international readers looking for exposure to Russian literature.
Research&Expertise HSE guests literature philology translation
November 01, 2017

On October 19, the HSE School of Sociology hosted Dr. Kerstin Jacobsson, Professor of Sociology at the University of Gothenburg (Sweden), for a seminar entitled ‘Emotions and Morality in a neo-Durkheimian Perspective on Social Movements’. Held as part of the International Sociology Seminar Series, Dr. Jacobsson’s talk was based on the book Animal Rights Activism: A Moral-Sociological Perspective on Social Movements (co-authored with Jonas Lindblom), which develops a novel theoretical perspective on social movements. Following her lecture, she spoke with the HSE News Service about some of the key findings in her research on social movements, including as they relate to the post-Soviet space.
Research&Expertise HSE guests social movements sociology
October 25, 2017

On October 11, Professor Dominic Lieven of the University of Cambridge, where he serves as Senior Research Fellow, Trinity College, gave a public lecture at HSE St Petersburg entitled ‘Reflections on empire, Russia and historical comparison’. The event was organized by the Center for Historical Research.
Research&Expertise HSE guests history
October 20, 2017

Expert on Soviet Economic and Demographic History Speaks at HSE

On October 10, Stephen Wheatcroft, Professor of the School of Historical Studies at the University of Melbourne delivered a lecture on ‘The importance of the grain problem in the Russian Revolution and for the next 40 years of Soviet Economics' at HSE Moscow as part of a long and busy schedule. A participant at previous April Conferences at HSE, Professor Wheatcroft is one of the world’s foremost experts on Soviet social, economic and demographic history, as well as famine and food supply problems in modern world history.
Research&Expertise HSE guests history Soviet Union
October 17, 2017 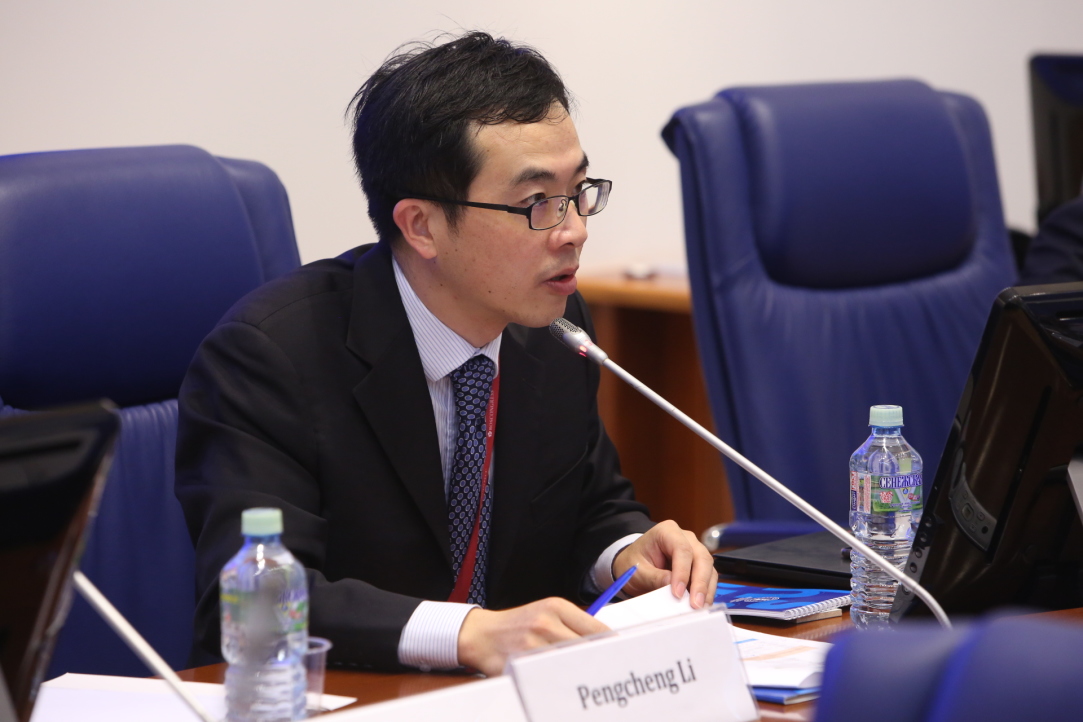 Mr. Pengcheng Li, Director of CNIS (China) and Chair of the APEC Expert Group on Energy Efficiency & Conservation (EGEE&C), recently took part in the 50th anniversary meeting of the EGEE&C held at HSE Moscow. Following the event, he spoke with the HSE News Service about some of the topics covered, including the role he sees Russia playing in sustainable energy development.
Research&Expertise HSE guests APEC energy efficiency international cooperation
October 16, 2017
1 2 3 4 5 6 7 8 9 10 11 12 13 14 15 16 17 18 19 20 ... 26