Data from Rosstat and the Federal Customs Service suggest that import substitution – not limited to substituted Ukrainian imports – has played a major role in keeping the Russian economy from recession in the first half of 2014. However, Russia cannot expect to achieve a sustained and dynamic GDP growth without boosting exports, in particular its non-commodity exports, according to expert analysis in Comments on State and Business published by the HSE's Centre for Development.
Research&Expertise IQ research projects economics
July 02, 2014

A satisfactory health condition and a low pension could theoretically be what make pensioners continue working in the first years after beginning their well-deserved relaxation. The main medical factors that keep older individuals from working are disability, the aftermath of strokes and frequent hospital treatment, Ekaterina Maltseva, a Research Assistant at HSE’s Laboratory of Economic Research of the Public Sector, said in the study, 'The Impact of Health on the Labour Supply of Pensioners'.
Research&Expertise IQ research projects economics public sector
June 30, 2014

In recent years, all advertising of contraceptives has disappeared from Russian television, replaced by messages denying that sex can be made safer. While television in Russia supports the state's attempts to regulate people's private lives, condom commercials have migrated to the internet, a place that still remains relatively free of government control, according to the report '(Un)safe Sex Ads as a Mirror of Political Change in Russia' by Associate Professor of the Department of Integrated Communications Lyubov Borusiak.
Research&Expertise IQ research projects integrated communications television
June 27, 2014 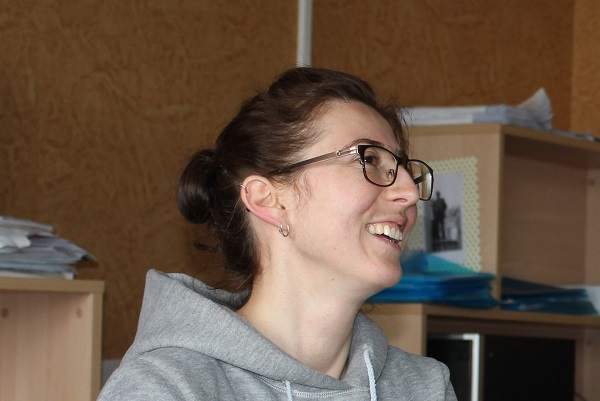 For the third time the Centre for Youth Studies (CYS) at the HSE Saint Petersburg has participated in the Dalglish Visiting Fellowship, a programme of international cooperation in which scientists from SRC ‘Region’ and the Centre for Youth Studies receive training at CRCEES (Centre for Russian, Central and East European Studies) in Glasgow. In 2014, Elvira Arif, a CYS researcher, won the only position that is provided annually for Russian researchers within the programme.
Research&Expertise international cooperation
June 27, 2014

Dr. Stefan Toepler of George Mason University (U.S.) is a recognized expert in research on the non-profit sector and the author of more than 70 publications in international journals. He will present a paper at the upcoming seminar of  HSE’s Centre for Studies of Civil Society and the Nonprofit Sector (CSCSNS), which will take place on June 26 and focus on the topic, ‘New Forms of Public-Private Partnership in the Field of Philanthropy in the U.S.’. Dr. Toepler gave a special interview to the HSE news service.
Research&Expertise research projects NPOs philanthropy volunteering
June 25, 2014

Naukograds, meaning ‘science cities,’ focused largely on science in the Soviet period, but have since become aimed more at small business and business services in the post-soviet era, Denis Ivanov, a Research Fellow with HSE’s International Center for the Study of Institutions and Development, said in the paper, ‘Transition and Path-dependence in Knowledge-intensive Industry Location: Case of Russian Professional Services,’ which was presented at a joint seminar of HSE’s Laboratory for Labour Market Studies and the Centre for Labour Market Studies.
Research&Expertise IQ publications labour market
June 24, 2014