Alcohol Use Will Lead the Country to Colonial Dependence

Most research into social change limits itself to social factors causing change. However, other factors, such as natural disasters, climate and geographical peculiarities of the particular place, or infectious diseases also have a significant impact on societal evolution.
Research&Expertise IQ research projects sociology
January 12, 2015

Universities Fall into Decay Because of Opposition to Changes

Universities decline not only due to a lack of money, enrollment of weak students, lack of ties with professional communities, and brain drain. Conservatism of their administration, lecturers and scholars is also an obstacle to the life-saving ‘reset’ of universities, Isak Froumin, Academic Supervisor of the HSE Institute of Education, and Mikhail Lisyutkin, Junior Research Fellow at this Institute, say in their paper ‘The Phenomenon of Degrading Universities in Russia. Stating the Problem’.
Research&Expertise IQ research projects education
December 30, 2014

This year, a group of Russian scholars, published Women's History in Russia: (Re)Establishing the Field, which through a series of essays explores Russian gender and women’s history. The book’s editor, Marianna Muravyeva, Associate Professor, St. Petersburg School of Social Sciences  and Humanities recently spoke with the HSE news service about the book and the growing interest in women’s history among Russian scholars.
Research&Expertise publications gender studies women's history
December 26, 2014

This year, a group of Russian scholars, published Women's History in Russia: (Re)Establishing the Field, which through a series of essays explores Russian gender and women’s history. The book’s editor, Marianna Muravyeva, Associate Professor, St. Petersburg School of Social Sciences  and Humanities recently spoke with the HSE news service about the book and the growing interest in women’s history among Russian scholars.
December 26, 2014 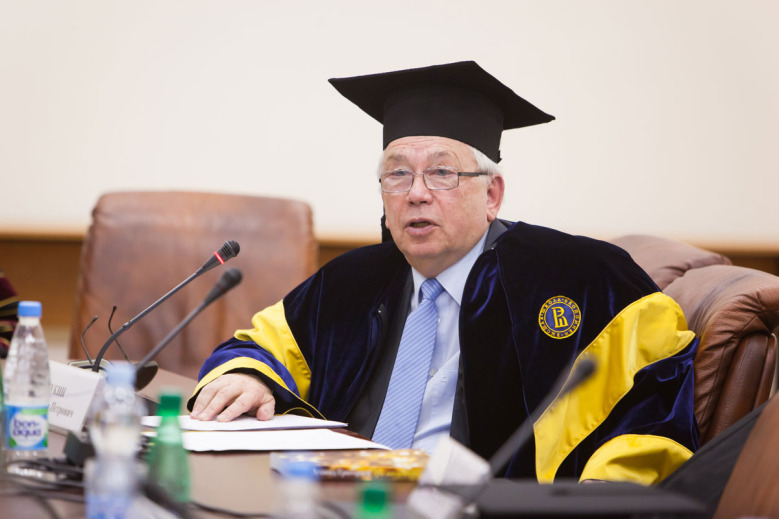 On December 23 2014, the inaugural lecture by Vladimir Lukin, Professor of the Faculty of World Economy and International Affairs took place at HSE. The former Commissioner for Human Rights spoke about politics, diplomacy and why Russia remains a European country.
Research&Expertise professors Reporting an event diplomacy HSE staff members politics
December 25, 2014

Workshop on Experimental Methods for Researchers at HSE Institute of Education

On December 12-24 a series of workshops on experimental methods for researchers by Prashant Loyalka, Leading Research Fellow of the International Laboratory for Education Policy Analysis at the HSE Graduate School of Education took place at HSE Institute of Education. He also delivered a series of lectures on ‘Quasi-experimental Research in Education’ for master’s students in Educational and Psychological Measurement.
Research&Expertise education social sciences
December 24, 2014

In the past year, 57% of adult Russians have donated money to charity or to strangers in need. Health, religion, disaster relief, and orphanages were the most popular causes, according to Irina Mersiyanova, Director of the Centre for Studies of Civil Society and Non-Profit Sector, and  rina Korneyeva, researcher with the same Centre.
Research&Expertise IQ research projects non-profit sector sociology
December 23, 2014

Higher School of Economics and EMC Cloud and Big Data R&D Center in Moscow (Skolkovo) have signed a cooperation agreement, which includes the creation of a Project and Study Group in Bioinformatics. HSE students and lecturers are a key part of the group.
Research&Expertise new at HSE bioinformatics Skolkovo innovation city
December 22, 2014