It is becoming more and more common for employers to hire workers under fixed-term contracts. This allows companies to save money and more easily adapt to the changing conditions of the market. Flexible employment regulations do not, however, foster growth in productivity or an adequate reallocation of resources on the labour market, the Deputy Head of HSE’s Laboratory for Labour Market Studies, Larisa Smirrnykh, posits.
Research&Expertise IQ research projects labour market
January 23, 2015

On 12 January, Chares Demetriou presented his book The Dynamics of Radicalization: A Relational and Comparative Perspective at a seminar of the Laboratory for Economic-Sociological Research. His main research interests are in issues of legitimacy and political violence, social movements and nationalism. In his lecture, Demetriou presented new ways of analysing the radicalisation of political groups.
Research&Expertise research projects Reporting an event politics radicalism
January 23, 2015 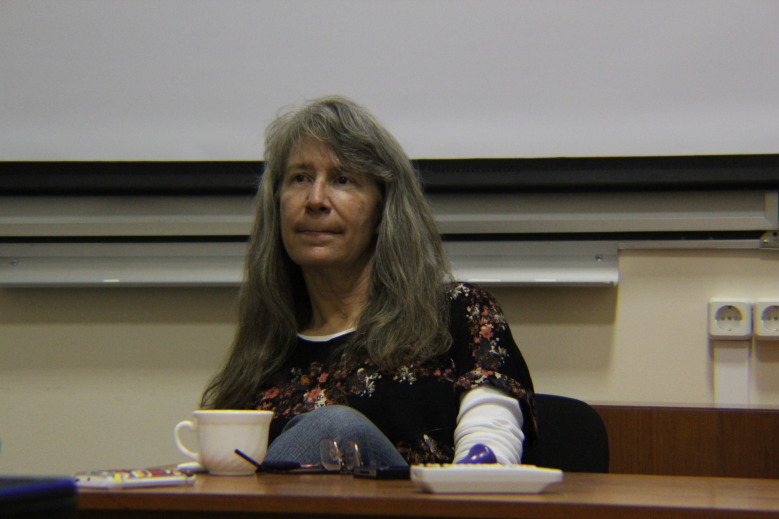 Melanie Sheldon, an instructor at the University of Missouri – Columbia, recently offered a lecture course at the HSE Winter School 2015 on the psychology of motivation, which was organized by the International Laboratory of Positive Psychology of Personality and Motivation, headed by Dmitry Leontiev. She also offered an open lecture on 'Sex and Evolutionary Psychology' at HSE. Melanie recently spoke with the HSE news service about her experience taking part in the HSE Winter School.
Research&Expertise open lectures evolutionary theory positive psychology
January 22, 2015

Companies with Russian ownership more often than not have an authoritarian style of management, and their employees participate less frequently in making business decisions than their colleagues from foreign companies. This conclusion was drawn by HSE Professor Azer Efendiev in his paper ‘The Political Regime in Russian Business Entities: Results of Empirical Research’, which was presented at the HSE conference ‘Modern Management: Problems, Hypotheses, and Research’.
Research&Expertise IQ publications research projects Business
January 20, 2015

Chasing Success May Lead to Burnout

Burnout is a major problem affecting many people today; it is often associated with the accelerating pace of life, society's obsession with consumption, and the pursuit of success. Burnout can equally affect an office employee stuck in a monotonous job and a successful yet disillusioned entrepreneur, according to Alfried A. Laengle, Professor of the HSE's Department of Psychology of Personality and author of the report 'Burnout: Ashes after the Fireworks. Existential and Analytical Understanding and Prevention'.
Research&Expertise IQ research projects psychology
January 15, 2015

Why are Russians unhappy; who serves the dictators; how to reform control and supervision;Trade versus wars; Russia’s new citizens; what do Russian and Chinese banks have in common; why analysts don’t predict recession; the provincial social environment and physical isolation of rural settlements: the most interesting research by HSE in 2014. According to Opec.ru.
Research&Expertise IQ research projects economics sociology
January 15, 2015

Academic Inbreeding Is Particularly Widespread in Russia and Spain

In early 2015 Palgrave Macmillan will publish Academic Inbreeding and Mobility in Higher Education based on the results of a joint project by the HSE Centre for Institutional Studies and the Centre for International Higher Education, Boston College. Their conclusions were published in brief in an article on the Times Higher Education website.
Research&Expertise publications academic inbreeding recruitment
January 15, 2015