Access to cultural heritage, including museums, is guaranteed under numerous international and domestic Russian documents, but certain disadvantaged groups are unable to exercise this right in practice, according to the report 'Access to Russian Museums: Internal and External Factors' by Tatyana Abankina, Director of the HSE’s Centre for Applied Economic Research.
Research&Expertise IQ research projects applied economic research museums
August 25, 2014

In the coming months, Russia’s embargo on food from western countries could result in decreased consumption for the low-income groups of society and a drop in the quality of the consumer basket for mid- and high-income groups, experts from HSE’s Centre of Development said in the latest issue of Comments on State and Business.
Research&Expertise IQ monitoring studies economy of Russia monitoring
August 20, 2014

From August 1-5, the Academy of Management h­eld its 74th Annual Meeting in Philadelphia, Pennsylvania (USA). The Annual Meeting is the premier conference for more than 10,000 academics, and professionals in the scholarly management and organization field. This year it was attended by a delegation of eight representatives from the Higher School of Economics.
Research&Expertise conferences & seminars Reporting an event international cooperation management
August 18, 2014

Russian statistics are scarce, inaccurate, ormissing – and therefore misleading, rather than helpful. Their limited temporal depth makes any reliable long-term projections of the country's socio-economic development impossible, according to the report 'Russian Statistics: What Do They Preserve for History?' by Vladimir Bessonov, Head of the HSE’s Laboratory for Research in Inflation and Growth.
Research&Expertise IQ research projects economics inflation
August 13, 2014

Russia’s planned tax increase could bring about slower economic growth rates and a drop in the ability of Russian companies to compete, experts from HSE’s Centre of Development Institute say in the latest issue of Comments on State and Business.
Research&Expertise IQ publications taxes
August 12, 2014

LINIS Found the Limitations of Text Clustering on the Internet 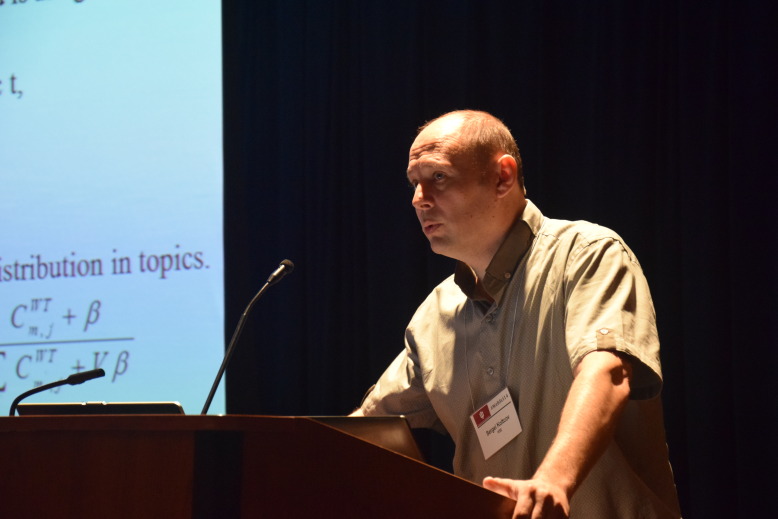 Sergey Koltsov, Deputy Director of the Laboratory for Internet Studies (LINIS), presented his project on the problems of topic modeling of on-line texts at the Web Science conference in Bloomington.
Research&Expertise research projects Internet studies
August 11, 2014