Why Do Economies Stop Growing?

Professor Kyoji Fukao of the Institute of Economic Research, Hitotsubashi University in Tokyo will give an honorary lecture on "The Structural Causes of Japan's Lost Decades" at the XVI April International Academic Conference on Economic and Social Development. He talked to HSE English News Website in the run up to the conference.
Research&Expertise HSE guests economic growth Japan
April 06, 2015 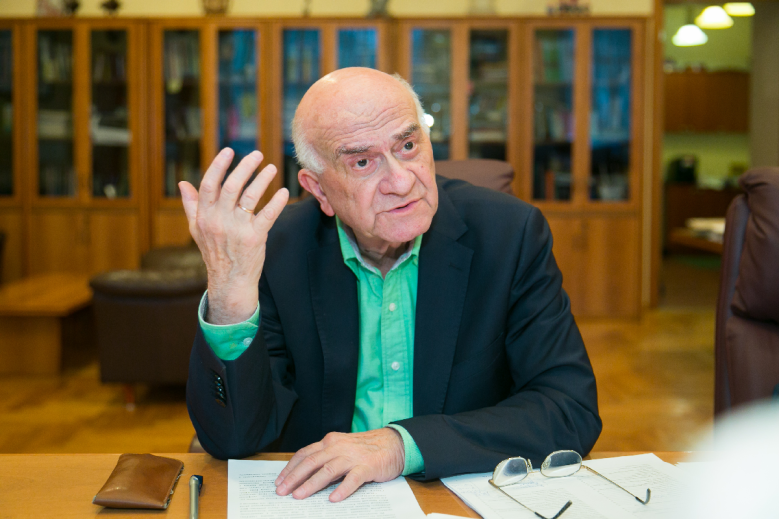 Students Invited to Plenary Session of the April Conference

For the first time, students and post-grads are invited to listen in on plenary sessions of the International April Conference. They will be able to find out ‘from the horse’s mouth’ what the world’s top academics, economists, government and public figures think about the current state of Russia’s economy and society.
Research&Expertise students Invitation to participate HSE April Conference on Economic and Social Development
April 02, 2015

In choosing a field for further studies, high school students are influenced by their peers, among other factors. For example, a high school student interested in technology among a class of peers who are not so good at physics may perceive it as a competitive advantage, increasing the likelihood of their choice of a technical field for a career, according to  Andrey Zakharov , Deputy Head of the International Laboratory for Education Policy Analysis at the HSE's Graduate School of Education, and  Elizaveta Chernenko , Research Fellow of the same laboratory.
Research&Expertise students IQ research projects
April 01, 2015

A voice navigator for the visually impaired, English language learning games, teaching computer programming to children are the results of two days intensive work by young people at Hackathon (forum for developing software), Hack for People at the HSE Centre for Prototype Development. The participants had just 48 hours to formulate the concept for a project, write a strategy to promote and create it or fine-tune a prototype.
Research&Expertise students Reporting an event mobile applications prototype
March 31, 2015

Are All Things Equally Expressible in Language?

On 31st March - 1st April 2015, HSE School of Linguistics is holding a series of lectures in English on research into the role of language as the interface between the mind and society. In 'New Perspectives in Semantic Typology' Asifa Majid, Professor at the Radboud University Nijmegen will give four lectures - a general introduction to semantic typology, the language of perception, the body, and event semantics.
Research&Expertise HSE guests ethnographic study linguistics semantics
March 31, 2015

No Crisis Wage Cuts in Russia