HSE Professors Anna Yurko and Fabian Slonimczyk have received the prestigious Gaidar Award for young economists. Their research, titled 'Assessing the Impact of the Maternity Capital Policy in Russia,' was published in the respected journal 'Labour Economics', the official publication of the European Association of Labour Economists. Our researchers used mathematical models to assess the impact of maternity capital policy on the birthrate in Russia.
Research&Expertise achievements HSE April Conference on Economic and Social Development Yegor Gaidar Foundation
April 10, 2015

‘During a Crisis or Economic Downturn, Marketing Becomes More Important’

Professor Wesley J. Johnston from Georgia State University, College of Business is a keynote speaker at the April Conference seminar Contemporary Management Research in Emerging Markets. He is a Member of the HSE Council and has been collaborating on projects since 2011 with Olga Tretyak, Academic Supervisor at the Faculty of Management Research and Study Group for Russian Marketing Studies 'Modern Marketing Practices'. During a break at the conference Professor Johnston talked to HSE English News service about the benefits for PhD students of participating in conferences, about the functions of marketing and marketing in Russia and about his fruitful cooperation with HSE.
Research&Expertise HSE guests HSE April Conference on Economic and Social Development marketing
April 10, 2015

Do All Crumbling Empires Behave the Same?

In his honorary lecture 'Twilight of an Empire', at the HSE April International Conference, Professor Guillermo Owen, Distinguished Professor of Applied Mathematics at the Naval Postgraduate School in Monterey, California, considers the case of the late Roman Empire - a once-powerful incumbent state which is beginning to lose its power - and compares it with examples nearer our own time. Professor Owen is a member of the Colombian Academy of Sciences, The Royal Academy of Arts and Sciences of Barcelona, and the Academy of Sciences of the Developing World. He is associate editor of the International Game Theory Review. In an interview with the HSE English News service Professor Owen made comparisons in a game theory approach to the behaviour of the late Roman Empire and the Soviet Empire of the 1980s and 1990s.
Research&Expertise history honorary lecture HSE April Conference on Economic and Social Development
April 09, 2015 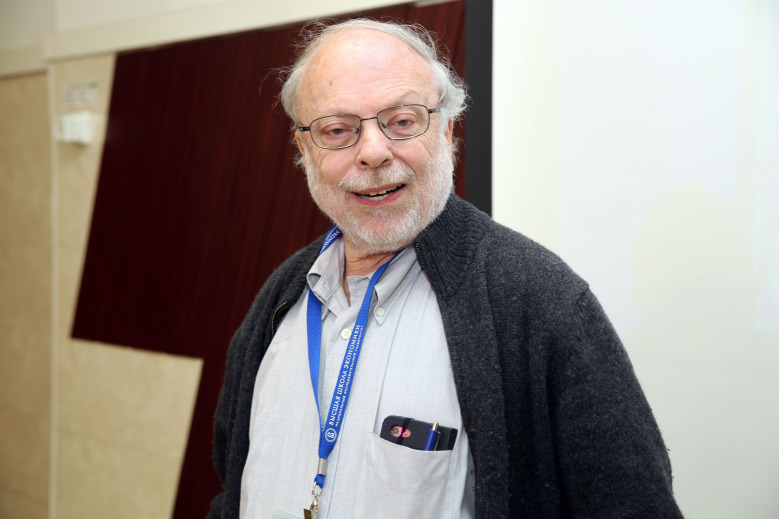 On April 8, Eric Uslaner, Professor of Government and Politics at the University of Maryland - College Park, presented a keynote lecture called ‘The Historical Roots of Corruption’ on the second day of the XVI April International Academic Conference on Economic and Social Development at HSE. Professor Uslaner is a widely recognized expert in political science, with specific interests in political economy, political behaviour, equality, trust and corruption. Among his more recent books is Corruption, Inequality, and the Rule of Law: The Bulging Pocket Makes the Easy Life published by Cambridge University Press in 2008.
Research&Expertise education HSE April Conference on Economic and Social Development
April 09, 2015

In an environment where the natural-resources growth model is exhausted, human capital becomes the Russian economy's key competitive advantage. The problem of how the state, business and citizens can develop and invest in it was the main theme for the plenary discussion 'Social Policy Priorities' which took place on 7 April at the HSE's XVI April International Confernce on Modernizing the Economy and Society.
Research&Expertise HSE April Conference on Economic and Social Development social policy
April 08, 2015

In Russia, demand for law comes primarily from the state rather than from society. The adoption of simple and clear directly effective laws, the expansion of juries and the active use of information technologies could enhance interest on the part of the citizenry in issues of law and law enforcement, noted participants in the plenary session ‘Demand for Law: Factors and Driving Forces’, which was held at the XVI April International Academic Conference on Economic and Social Development at HSE.
Research&Expertise HSE April Conference on Economic and Social Development law
April 08, 2015

Turbulence Is a Time for Unexpected Solutions in Education 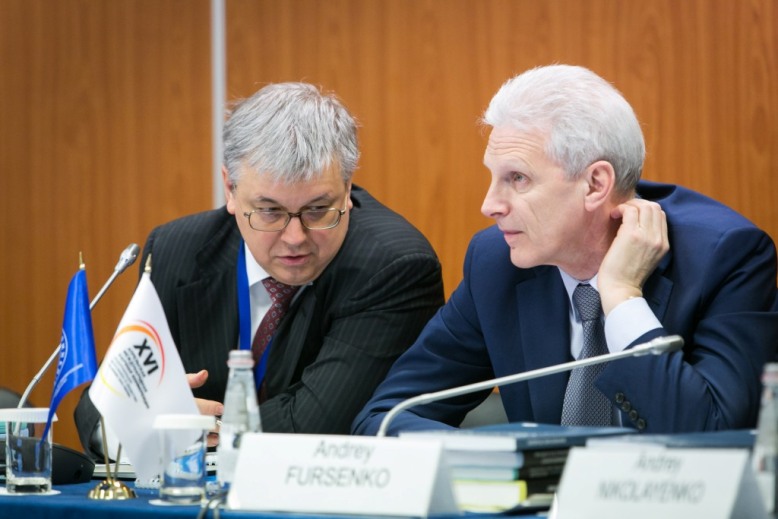 The state is getting rid of underperforming universities, backing large universities, and online courses are vying for market space. These and other trends were the subject for discussion on April 7 by participants in the plenary discussion 'Paths of the Development of the Professional and Higher Education in the Conditions of Economic Turbulence' at the XVI April International Research Conference on Economic and Social Development.
Research&Expertise discussions higher education HSE April Conference on Economic and Social Development
April 08, 2015 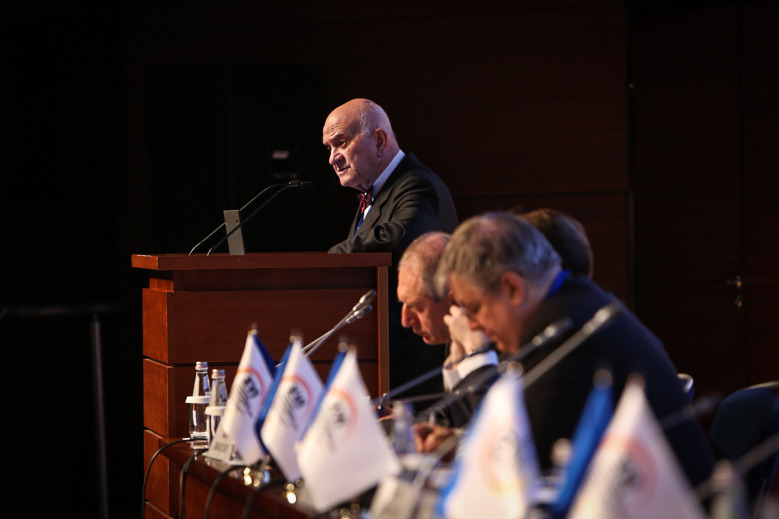 Russia’s Scientific Development Priorities to Be Discussed at April Conference