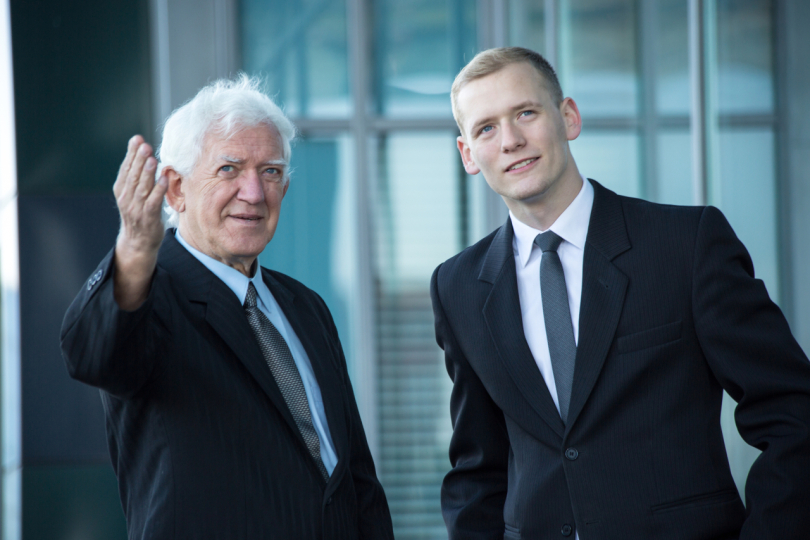 Younger and older employees are not competitors on the labour market. The possible increase in the retirement age and, accordingly, increased employment among the elderly won’t add to youth unemployment and won’t limit the opportunities for young people’s employment. These are the findings made by Sergey Roshchin and Victor Lyashok in their study ‘Younger and older employees on the Russian labour market: substitutes or not?’
Research&Expertise IQ research projects labour market
September 27, 2016

Robots Will Change the Job Market to Our Benefit

Will robots eventually make people jobless? That ‘s an issue that has recently been under a lot of discussions with some publications predicting that around 40% of jobs will disappear in the nearest decade due to the advent of technology. But is the future indeed so gloomy? Sir Christoper Pissarides, 2010 Nobel Prize winner, Regius Professor of Economics at LSE, disagrees. In his honorary lecture at HSE ICEF Prof Pissarides discussed various issues concerning the future of work and employment in the age of robots.
Research&Expertise labour market
September 20, 2016

What Employers Expect from Graduates

School reputation and graduating with honours are not as important for future employers as graduates' personal qualities and work experience, according to Natalia Bondarenko and Tatiana Lysova's study "Job Search Models, Recruitment Criteria, and Competence and Skill Assessment of Vocational Education Graduates: Employer Perspective." In 2015, they analysed the findings from a survey of 1,019 CEOs of Russian companies in six industries (manufacturing, communications, construction, transport, trade and services) as part of the Monitoring of Educational Markets and Organisations (MEMO) project conducted by the HSE jointly with the Levada Centre.
Research&Expertise IQ research projects employment labour market
September 16, 2016

Who Feels Poor in Russia

The level of education, the size of the settlement, and the social status can all seriously affect the chance of feeling poor in Russia. These are the findings by experts of the HSE Institute for Social Policy, revealed as part of their regular Monitoring of the Social and Economic Situation and Well-being of the Population.
Research&Expertise IQ monitoring studies demography labour market poverty
July 05, 2016

More than one in three Russian CEOs hold more than one academic degree, making them stand out dramatically compared to the general public. By going back to school and pursuing lifelong learning, senior executives expect to increase their knowledge, human capital and income, according to Sergey Solntsev, Senior Research Fellow at the HSE Laboratory for Labour Market Studies.
Research&Expertise IQ research projects labour market
November 03, 2015

The labour market in Russia differs from that in other countries. The Russian labour market does not react to decline and crisis with growing unemployment, and the market recuperates quickly. The reason for this is that employers have a great amount of flexibility; they do not fire employees, instead cutting their pay and work hours, according to the Deputy Director of HSE’s Centre for Labour Market Studies Rostislav Kapeliushnikov.
Research&Expertise IQ research projects demography labour market
March 04, 2015

The Russian labour market is very mobile. People change jobs often, exiting the labour market only to enter it again. Those who are temporarily out of work do not manage to become officially unemployed since such a move would make no economic sense. Around a third of all unemployed Russians are outside of the governmental and statistical realm, according to the Director of HSE’s Centre for Labour Market Studies, Vladimir Gimpelson, and a Junior Research Fellow in the Centre, Anna Sharunina.
Research&Expertise IQ research projects labour market
February 04, 2015

It is becoming more and more common for employers to hire workers under fixed-term contracts. This allows companies to save money and more easily adapt to the changing conditions of the market. Flexible employment regulations do not, however, foster growth in productivity or an adequate reallocation of resources on the labour market, the Deputy Head of HSE’s Laboratory for Labour Market Studies, Larisa Smirrnykh, posits.
Research&Expertise IQ research projects labour market
January 23, 2015

Most Russian company owners invest in the continuing education of their employees, but not all of them. The lucky ones are 10-20% of all staff. Such spending looks risky even though the return on it is high. Continuing education increases salary by 8% on average, which is an indirect sign of the same improvement in the labour productivity of the educated staff, Pavel Travkin, Junior Research Fellow at the HSE Laboratory for Labour Market Studies, found.
Research&Expertise IQ research projects labour market
December 08, 2014
1 2 3