The paper analyzes the problem of establishing land property borders in 19th-century Russia and looks at how members of educated elites (such as landlords and officials) interact with the peasantry. It also studies the image of the surveyor in both the bureaucratic discourse and public attitude, including representations in fiction.

September 08, 2016
About
Centre for Modern Russian History, Publications of HSE
About persons 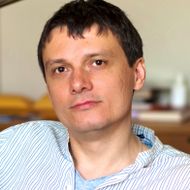