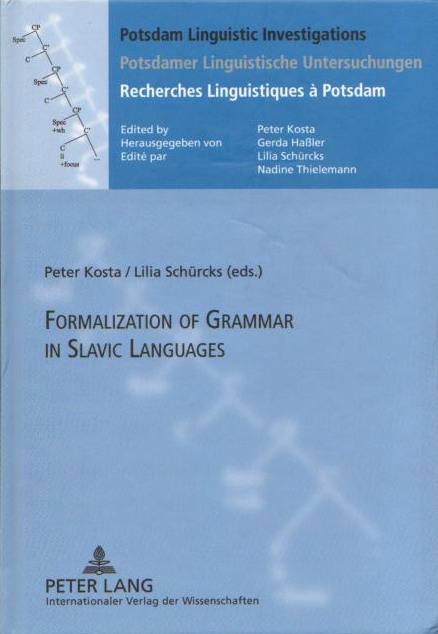 One of the largest blind spots in the studies of Russian word formation is the problem of interaction of fully or partially synonymic models, their rivalry and distribution both in the vocabulary and in spontaneous speech. I aimed this particular study at describing two competing models used to form composite nomina agents: the zero suffix model and the model with the suffix -ets. In my research, I investigated possible constraints imposed on the models in question as well as morpho(no)logical and syntactic features of their derivatives. Trying to determine factors that influence the choice of one of the competing models, I also took into account their productivity and peculiarities of their realization in texts of different genres, styles and time periods. The study reveals that despite the clear tendency of extrusion of one of the models under investigation by the other, there are several factors that do not allow this process to be completed, among them are the following:

a) the morphonological constraints on the zero suffix model, which do not let all the derivatives change their word formation model;

b) stylistic differentiation of the derivatives, which mostly results from the history of development of the models in question.

The meaning of the Greek hapax legomenon "λιμβίς" has been specified with the help of its Church Slavonic translation "grivьna" (necklace).

Proceedings of the International Conference “Language as a Constitutive Element of a Gendered Society – Developments, Perspectives, and Possibilities in the Slavonic Languages” (Innsbruck, 1-4 October 2014).
Vol. 59. Harrassowitz Verlag, 2015.

The unique character of this book results from its interdisciplinary approach which reunites contributions by scholars with diverse backgrounds, ranging from linguistics, cultural studies, and sociology to politics and literature. It makes clear that gender queer linguistic topics cannot be explored exclusively from a linguistic perspective. Rather, a (socio)cultural approach is needed which provides a framework for analyzing not only discriminatory and sexist language structures but the very relation between gender, identity, and language.

The article is dedicated to metrical pecularities of Old Church Slavonic liturgical poetry.