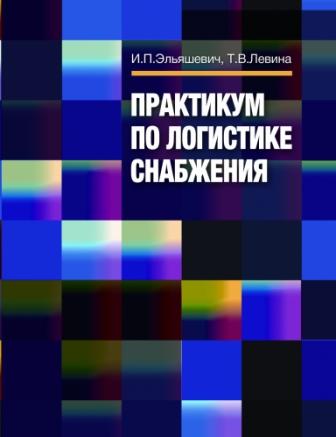 Практикум по логистике снабжения
Эльяшевич И. П., Левина Т. В. М.: Издательский дом ГУ-ВШЭ, 2010.
Similar publications
Решение задачи «делать или покупать» в логистике снабжения
Эльяшевич И. П. Логистика и управление цепями поставок. 2016. № 4. С. 67-75.
In logistics supply one of the strategic objectives is to «Make or Buy» (MOB). For example, a production company before entering into contracts with suppliers, you must answer the question: Is not it more profitable to the company to produce individual components for the assembly of the finished product than to buy them from other companies. For traders, a similar problem can be solved, for example, in relation to the procurement of logistics services, as an alternative means of transport agent, is considered the acquisition and operation of their own cars. Thus, companies can achieve significant savings in operational costs and significantly improve the profitability of the business. In carrying out various activities on their own, the cost structure of the company is a fairly wide range of calculation items, most of which does not depend on the activity of the company in the market. On the contrary, resorting to the services of intermediary companies, the number of elements of costs narrows considerably and most of them goes into the category of variables. This arrangement, on the one hand, allows you to focus on the quality of products and the most complete satisfaction of end users, but at the same time, leaving without due attention to the costly side of the issue and its impact on the profitability of the company. In solving the problem «Make or buy», used a model «Total Cost of Ownership» (TCO), which in addition to the selling price of the supplier considered wholesale prices, terms of payment and the amount of transport costs, which in turn are determined depending on the type of transport. In addition, the total costs were taken into account marketing and transaction costs associated with the analysis of the market of goods and services, as well as the alignment of interaction with suppliers. As a result of the calculations made in the article, it was shown that in spite of the generally accepted lately attractiveness of outsourcing, with sufficient scale and regularity of the business, expanding the list of functions and the implementation of additional activities, can have a positive impact on the economic results of the company.
Выбор оптимальной стратегии закупок при многих критериях с учётом рентабельности собственного капитала компании
Бродецкий Г. Л., Эльяшевич И. П., Мазунина О. А. Логистика и управление цепями поставок. 2013. № 5. С. 80-95.