The face is a privileged site for the human subject since it is a location of signification—with its emotive and cognitive depth, its expressiveness, and its symbolic power that ranges from the peering eye to the speaking mouth. The paper outlines some positions in the philosophical literature that address this topos focusing in particular on the ape’s face as an analytical tool employed by the “anthropological machine” (Agamben). Furthermore, the paper revises two competing strategies of the fusion between human and animal faces. On the one hand, it deals with the facialization of animals (“giving animals a face”), namely the comparisons between human and animal facial expressions (from Le Brun to Darwin). On the other hand, it addresses the “bestialization” of humans by analyzing the movements of metamorphosis that escape the symbolic order (from Ovid to Mayakovsky). 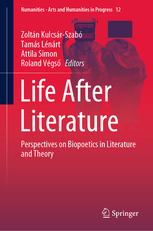 The purpose of the article is to evaluate conditions and perspectives to commence a transdisciplinary organon for morphological studies. Major advances in morphological studies in a range of disciplines is reviewed and assessed. It is demonstrated that gradual transition from morphological systematics to morphogenetics and evolutionary morphology is a key trend in various sciences. Particular attention is given to specific morphological paradigms and progammes.