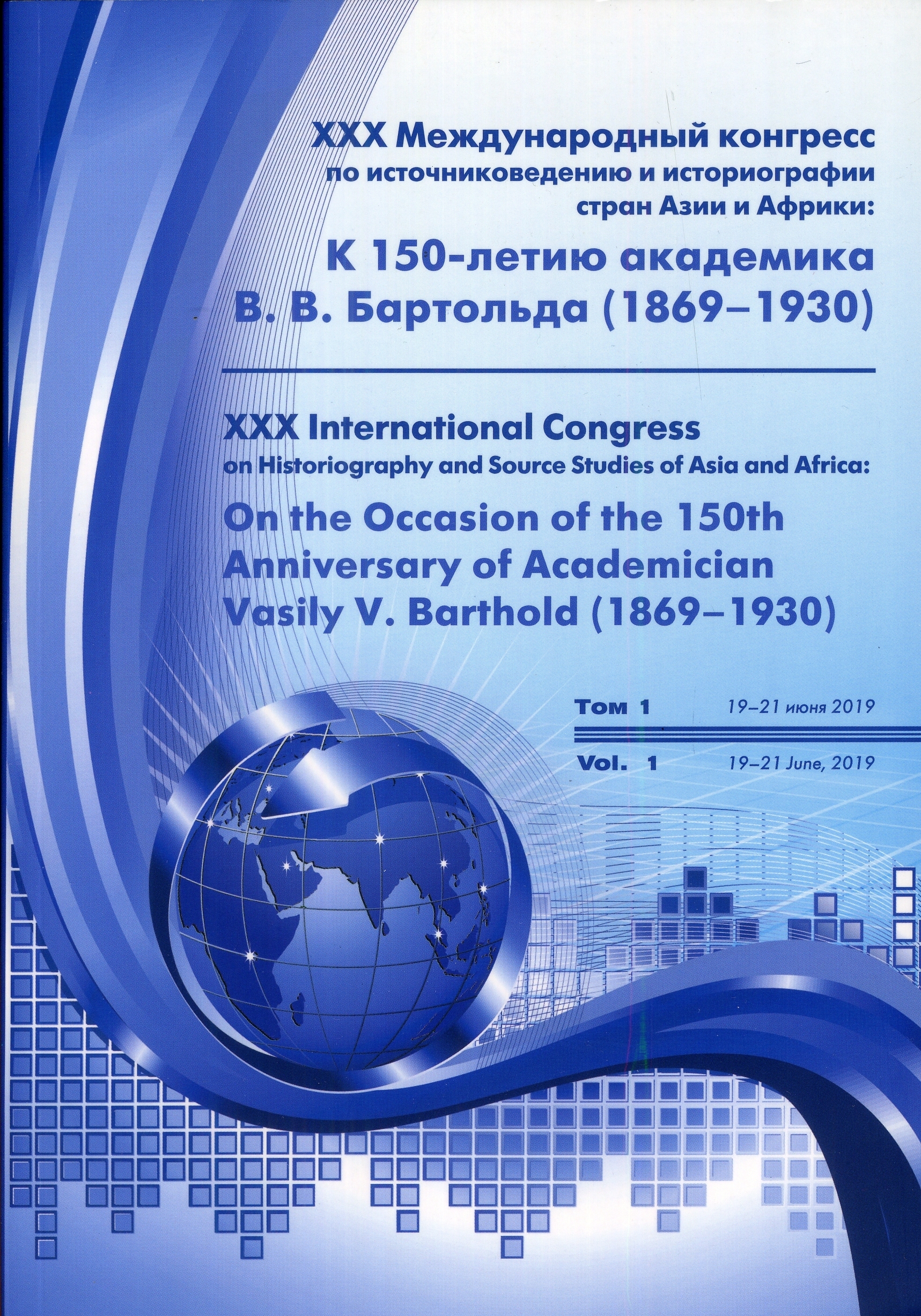 This article pursues the goal of going beyond Saidian notions of Orientalism and Said’s assumption of the “complicity of knowledge with power” to reach back to Foucault’s initial postulates on the role of institutions and the intellectual in the inter-play of power/knowledge relations. The article concentrates on the role of Russian military Oriental studies institutions and orientologists in the context of discourses (the promotion of Russkoe Delo, the juxtaposition of Russia with the West and the Orient, etc.) that existed in late Imperial Russia and influenced the accumulation and development of scholarly knowledge on the Orient. Therefore, the significant contribution of the military domain to Russian Oriental studies on both the institutional and individual levels will be examined from the angle of intra-Russian discourses in the period from the establishment of the Asiatic Section of the General Staff in 1863 up to 1917.

The collection presents the abstracts of papers, made over the International Coinference on Iranian Studies "Iran: cultural and historic tradition and the dynamic of changes", held by Russian State University for the Humanities

The scholarship on late Imperial Russia’s Oriental studies is divided by a disagreement over the applicability of Edward Said’s ‘Orientalism’ to the Russian case. Moreover, in a broader sense, since the mid 1990s, the Western scholarship has not been unanimous on the applicability of the underlying Foucauldian notions to late Imperial and Soviet Russia. While presenting a systematic study of Soviet and post-Soviet scholarship (mostly unfamiliar to Western readership) this article offers an assessment of the institutional and individual practices, adopted within Russia’s Oriental studies from the late nineteenth century to the present. The article aims to provide an analysis that goes far beyond the Saidian restrictive East-West dichotomy and his concept of two-vector relations between knowledge and state power. It offers a new reading, based on the deconstruction of the interplay of the manifold multi-vector power/knowledge relations that is clearly identifiable in Russia’s long twentieth century Iranian studies.

Iran’s nuclear activities are prominent in today’s media reports. However, few focus on their relationship to Iran’s energy needs. The Iranian government claims that nuclear technologies are vital for the national electric power industry and therefore for the country’s economy as a whole. It is common knowledge that the electric power industry is one of the main pillars of every country’s economy, directly influencing both state viability and national security. A state’s ability to provide and maintain the necessary amount of electricity production is vitally important. So, does Iran really, to such an extent, need nuclear power? My research shows that at the current moment and in the next, at least, ten years, the production of electricity using nuclear energy will secure only a somewhat insignificant place in the energy basket of Iran and its vital importance can therefore be questioned, especially against the backdrop of recently established international sanctions that are likely to have a detrimental impact on Iran’s economy. On the other hand, the stipulated measures for the construction of nuclear power plants can be regarded as an important component of the general policy of the Iranian government that aims to reduce the national economy’s dependency on fossil fuels. This quick study seeks to identify the real role of nuclear energy in this context through a brief analysis of Iran’s electric power industry. The material presented herein is based on official information provided by the Iranian ministries, state organizations (including annual statistics reports issued by the Tavanir Co., independent international sources, and information derived from my personal, almost 15 years’, experience of working in this field in Iran. I include an overview of the milestones in the Iranian power industry’s development after the Revolution of 1979, and trace the main changes in the technical and financial executive policies pursued by the Ministry of Energy against the backdrop of various forms of sanctions.