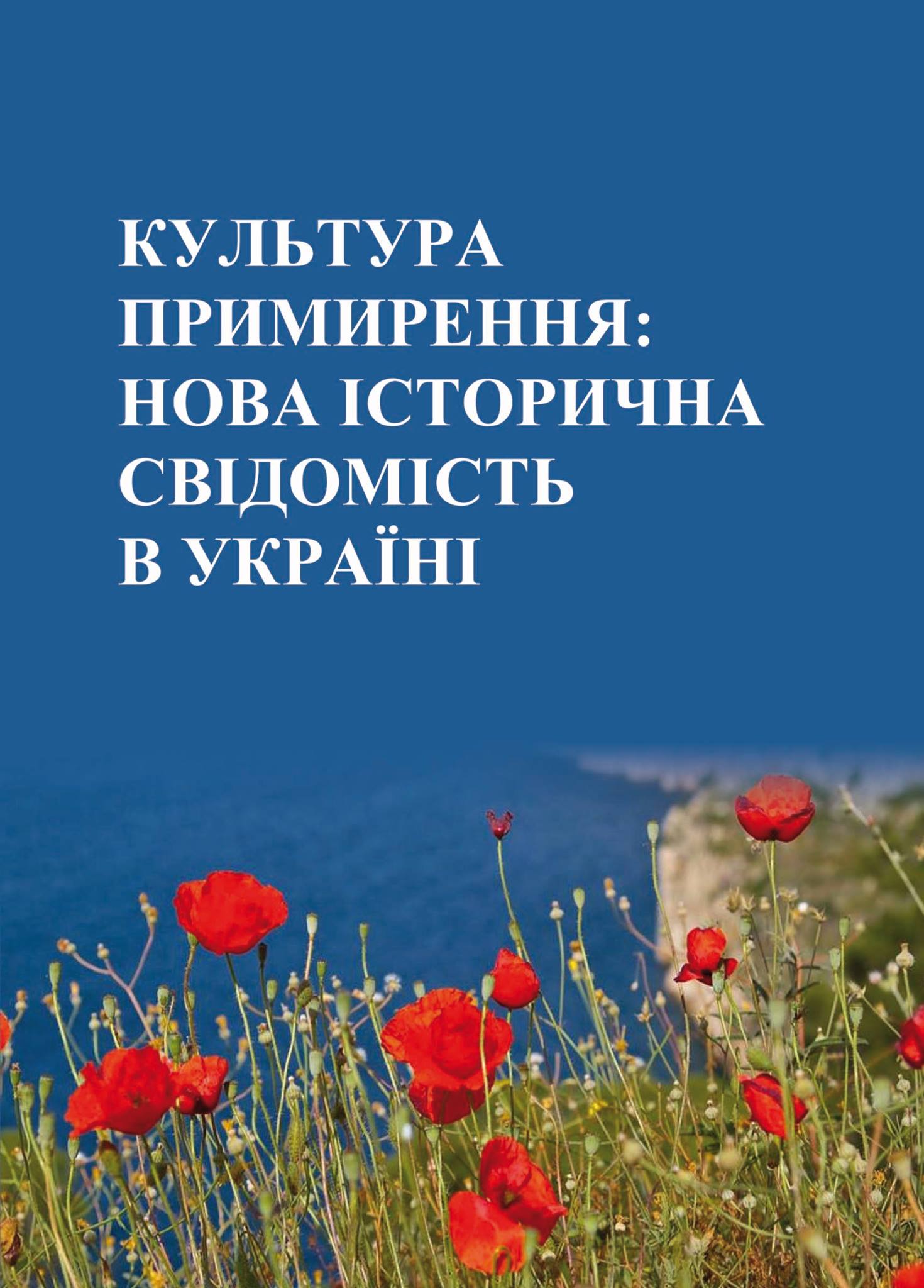 The fate of social sciences in Soviet Russia: the case of Isaak Il’ich Rubin
Boldyrev I., Kragh M. Humanities. HUM. Basic Research Programme, 2013. No. 17.
Research within the history of economic thought has focused only little on the development of economics under dictatorship. This paper attempts to show how a country with a relatively large and internationally established community of social scientists in the 1920s, the Soviet Union, was subjected to repression. We tell this story through the case of Isaak Il’ich Rubin, a prominent Russian economist and historian of economic thought, who in the late 1920s was denounced by rival scholars and repressed by the political system. By focusing not only on his life and work, but also that of his opponents and institutional clashes, we show how the decline of a social science tradition in Russia and the USSR emerged as a process over time. We analyze the complex interplay of ideas, scholars and their institutional context, and conclude that subsequent repression was arbitrary, suggesting that no clear survival or career strategy existed in the Stalinist system due to a situation of fundamental uncertainty. The purpose of this paper is to illustrate how the Stalinization of Soviet social sciences occurred as a process over time.
"Включен в операцию". Массовый террор в Прикамье в 1937-1938 гг.
Шабалин В. В., Кимерлинг А. С., Чащухин А. В. М.: Российская политическая энциклопедия, 2009.
Memory, Images of the Past and Historical Culture in pre-Modern Europe
Repina L. P. In bk.: История и память: историческая культура Европы до начала нового времени. M.: 2006. P. 740-763.

The historiography of the XXIst c., which had been shaped by the influence of the so-called cultural turn, created a new field of research 'the history of historical culture'. This book presents a study of historical culture where the latter is approached through the synthesis of social, cultural and intellectual history. Intellectual phenomena have been placed in broad context of social experience, historical mentality and general intellectual processes. How did people view events (of their own lives, or of the life of their groups, but also of History) which they took part in? How did they evaluate them? How did they record and transmit information about those events while interpreting what had been seen or lived through? These questions are of great interest. Subjectivity combined with this information reflects views of a social group or of the society as a whole, but at the same time it shows cultural and historical features of its time.

This is a review of two recent books on Leon Trotsky, one of the most prominent Russian revolutionary leaders and an ardent critic of Stalin. The review analyses the main arguments of both books as well as their contribution to the study of Trotsky's personality and political legacy.

The paper examines the history of dissemination in 14th-17th centuries  in different european countries (especially in Eastern Europe), of one curious text, known as the "Privilege of Alexander the Great for the Slavs." Particular attention was given to the specifically Russian version of this text appeared in the latter half of the XVI century.

Personality Cults in Modern Politics: Cases from Russia and China
Lu X., Elena Soboleva. CGP Working Paper Series. ISBN: 1869-9243. Center for Global Politics, Freie Universität Berlin, 2014
The popularization of Area Studies in the USA during the Cold War was driven by international political considerations, in particular the need to produce knowledge about so-called enemy countries – communist states. As the political systems of the major representatives of the communist bloc - USSR, China, North Korea – developed the phenomenon of personality cults, it consequently became an important subject for Area Studies scholars, as well as its new concept. They approached this phenomenon through multidisciplinary culturally and historically contextualized studies instead of applying macro-historical theories based on the Western experience (Szanton, 2002: 5-11). The term “personality cult” became popular after Nikita Khrushchev’s “Secret speech” at the 20th Party Congress in 1956, when he used it to explain the consolidation of Stalin’s personal dictatorship, the ensuing abuses of power and the extraordinary adulation of Stalin (Rees, 2004:3). Since then the term has had a highly negative connotation and is associated with the notorious human rights abuses of Stalinism, as well as the regimes of Mao Zedong, Adolf Hitler and the Kim family in North Korea. The term, personality cult, when applied to modern politics, usually refers to the practice of non-democratic regimes to promote an idealized image of a leader with the aid of modern mass media in order to generate personal worship in a society. Although the practice of personality cults in modern states arguably started with the Russian leader Stalin’s decision to place the corpse of Vladimir Lenin on public display after Lenin’s death in 1924 (Rutland, 2011:365), the spirit of the phenomenon is extremely ancient. “The deification of dead emperors and then of living emperors was used to legitimize personal power in ancient Greece and Rome, especially with the dynasty of Augustus” (Rees, 2004:7). However, technology improvements utilized in mass media and police monitoring activities have made modern states more capable of creating and sustaining a personality cult. The popularity of the personality cult as a research topic in Sino, Soviet and Korean studies can be explained by a specific approach undertaken by foreign scholars studying the policies and politics of these states (these studies are also known as Kremlinology). The lack of reliable information and the highly opaque decision making structures in these communist states have made it necessary for Kremlinologists to read between the lines and employ such empirical data as the physical position of members of the inner circles during parades, the wording in newspaper articles, the presence or absence of slogans and phrases in documents, etc. That also explains why they focused on the visible actors – leaders – and therewith shaped the research of personality cults. “In identifying cleavages and controversies within the Soviet leadership, Kremlinologists have tended to emphasize personal alignments, overstate personal power struggles and downgrade policy issues to mere instruments in the fight for supremacy” (Jönsson, 1977:132). With the end of the Cold War a new understanding of the personality cult has begun to develop. It has been argued that this concept should be put in a broader context of person-centered modern symbolic politics, opening up vistas for comparisons with Western democracies. According to E.A. Rees (2004:7) “embryonic cults exist even in relatively open, democratic political systems”. These are not personality cults in the full form, but they resemble them in some respects. So the ghost of the personality cult is not peculiar to non-democratic states, but the political and social conditions in non-democratic states serve as a more comfortable hotbed in which it can grow. The first section of the working paper will provide a theoretic framework for the analysis of personality cults: from Weber’s theory of charismatic authority to theoretical developments specifically related to personality cults. The following sections will present case studies of subjects of the most famous personality cults: Joseph Stalin and Mao Zedong, and also look into more recent developments, such as the idolization of Vladimir Putin in modern Russia
Cathy A. Frierson and Semyon S. Vilensky, Children of the Gulag (New Haven and London: Yale University Press, 2010). 450 pp., ills. Index. ISBN: 978-0-300-12293-0
Ермолаева О. Е. Ab Imperio. 2010. № 3. С. 357-367.

Review of the book "Children of the Gulag". This groundbreaking book offers a comprehensive documentary history of children whose parents were identified as enemies of the Soviet regime from its inception through Joseph Stalin's death. When parents were arrested, executed, or sent to the Gulag, their children also suffered. Millions of children, labeled "socially dangerous," lost parents, homes, and siblings. Co-edited by Cathy A. Frierson, a senior American scholar, and Semyon S. Vilensky, Gulag survivor and compiler of the Russian documents, the book offers documentary and personal perspectives.