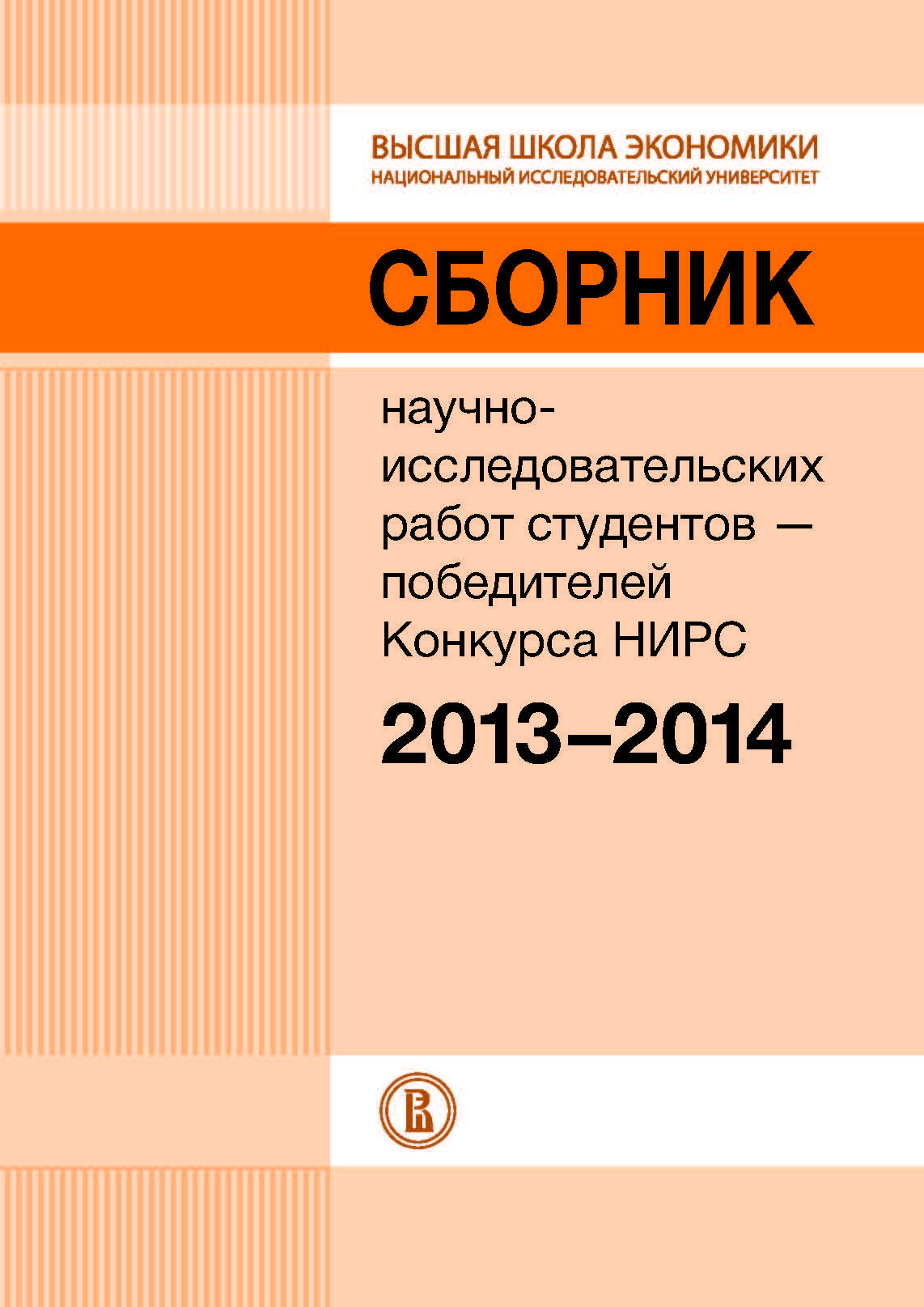 Сборник научно-исследовательских работ студентов — победителей Конкурса НИРС 2013–2014 гг.
М.: Издательский дом НИУ ВШЭ, 2015.
Similar publications
Catalogue of the editions published by the Institute of Philosophy of the Russian Academy of Sciences
Edited by: A. A. Paramonov, A. Rossius, A. Smirnov. M.: Прогресс-Традиция, 2012.

Расширение когнитивного и вопрос о социальном контексте
Столярова О. Е. Философские науки. 2010. № 11. С. 78-87.
Мораль в философии Дж. Сёрла
Левин С. М. В кн.: Аналитическая философия: проблемы и перспективы развития в России. СПб.: Философский факультет СПбГУ, 2012. С. 41-45.
Descartes and an Indifferent Deceiver
Rogonyan G. Философия и исследования культуры. WP20. Высшая школа экономики, 2014. No. WP20/2014/02.
The aim of this paper is to show how and why the method of radical interpretation, proposed by Donald Davidson, can solve the problems that are formulated in a variety of skeptical scenarios. In particular, the method of radical interpretation deprives Cartesian scenario (both in its traditional and recent versions) all its force and even the status of philosophical problem. Appealing to the difference between intendede and unintended lies one can see how the global skeptical scenario gets solved in both cases. The paper also formulates an argument in favor of expanded version of naturalized epistemology that was offered by W. V. O. Quine - first of all, due to the introduction of social factors. In particualr, there are always at least two necessary limitations imposed by the communication on our hypothesis about knowledge and delusion. In addition, the paper explains the need for a moderate externalism (both perceptual and social) to the variants of Descartes and Hume's skeptical scenario.
Декарт и равнодушный Обманщик
Рогонян Г. С. Логос. 2014. Т. 98. № 2. С. 15-42.