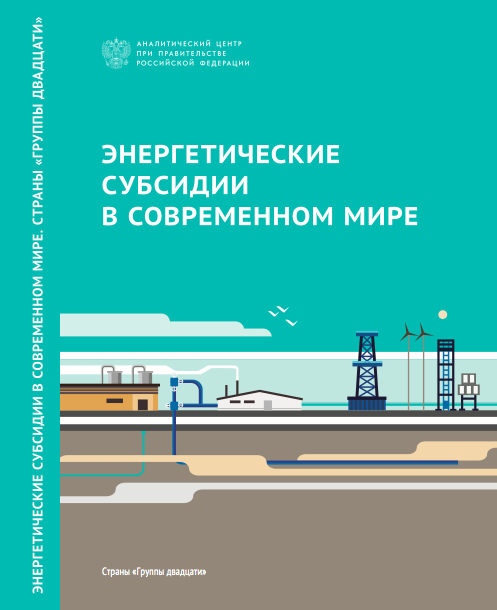 Энергетические субсидии в современном мире. Страны «Группы двадцати»
Edited by: Л. М. Григорьев, А. А. Курдин М.: ООО «Асмин Принт», 2014.
Similar publications
Turkey: the Antalya Summit
Edited by: J. Kirton, M. Koch, S. Güven. L.: Newsdesk Media Group, 2015.
G20 and BRICS: Engaging with International Institutions for Global Governance
Larionova M. V. The G20 @ 10: Benefits, limitations and the future of global club governance in turbulent times. нет. German Development Institute (DIE), 2018
The G20 and BRICS emergence in response to systemic vulnerabilities and structural changes in the world economy germinated expectations, reflections and criticisms. The G20 sought to manage the crisis, reform the international architecture and devise a new global consensus. BRICS committed to foster cooperation and policy coordination between its members and promote the international institutions reform.  Often criticized for lack of efficiency and legitimacy, G20 and BRICS consistently engage with international organizations (IOs). This engagement has the potential to promote inclusiveness and efficiency of the two institutions and global governance. The study explores the G20 and BRICS modes of engagement with the IOs testing the assumption that the they can resort to a combination of “catalyst,” “core group” and “parallel treatment” modes and their preferred choice reflects their mission and role in the system of international institutions. Acting as a catalyst they can exert influence for change in IOs through endorsement or stimulus. Engaging IOs as a core group they can impart a new direction by giving a mandate or providing the necessary political leadership. They can also create their own mechanisms in parallel with IOs.  Drawing on quantitative and qualitative analysis of G20 and BRICS documents the authors trace the dynamics and models of the G20 and BRICS engagement with IOs since their first summits.  The findings confirm G20 and BRICS commitment to multilateralism. The G20 exceeds the BRICS by the number, intensity and scope of references to IOs. It employs all three modes, engaging key partners (the IMF, the FSB, the OECD, the WB, the WTO and the ILO) mostly as a core group. With a different degree of success G20 exerts catalytic influence over its key partners. It resorts to parallel treatment sparingly. The G20 engages IOs across the full range of global governance functions.  BRICS members consistently support the G20 decisions and the UN central role in the multi-polar world. BRICS acts as a catalyst endorsing and supporting change of the UN, the IMF, the WB, the WTO, but never acts as a core group. BRICS increasingly uses its own institutions. The BRICS mostly engages IOs in deliberation and direction setting, less frequently in decision-making. BRICS own mechanisms are also involved in delivery.  Thus G20 demonstrates a strong capability for global governance development through use of IOs, while BRICS contributes to global governance development building BRICS-centered institutional system and stimulating change of the IOs.
Предложения для стратегии участия Российской Федерации в «Группе двадцати», «Группе восьми» и БРИКС на период 2012-2014 гг.
Ларионова М. В. В кн.: Динамика развития «Группы двадцати», «Группы восьми», БРИКС и интересы России. Вып. 2. М.: Проспект, 2012. Гл. 1. С. 8-13.
Австралия
Еременко М. А., Дунаева Ю. В., Одоевский А. В. В кн.: Политические системы современных государств. Т. 3: Америка, Австралия и Океания. М.: Аспект Пресс, 2012. С. 381-395.
G20 Argentina: The Buenos Aires Summit
GT Media , 2018.