The Eurasian Vector of Russia's Development

The paper touches on original propositions of ‘Eurasianism’ as a theory of certain historic modality, and argues that it has to be taken more seriously than in its merely discursive aspect if it is to be related to current political and economic developments. It particularly focuses on Russia being a historical core of Eurasian world after the Mongol invasion. The essence of Eurasia is captured through Russia’s particular societal and economic organization, as well as its relationships with other peoples of Eurasia. The paper also contains reflections about the inherently statist mode of Eurasian societies and their sociocultural foundations, which cannot be neglected in projecting any future economic policies and reform. 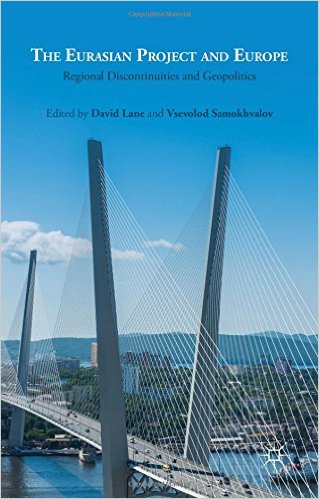 The article deals with the issue of historical self%understanding of contemporary Russian society. A nation’s civilization%wise self%determination is formed through mastering national history and learning the lessons of the social catastrophes of the 20th century. It is possible to transmit the social experience of the past to new generations by actualizing cultural values originally born within Russia’s religious, artistic and political traditions. Russian society should expand its discursive practices of cultural and historical knowledge, together with the sphere of public discussion of history and culture. This article looks at two potential implications (educational and cultural) of the current state of affairs.

The chapter is concerned with questions of civic values and civic identity as they are experienced by Russian people in the context of political-economic transformations of the last years, and especially during global economic crisis 2008-2010. Empirical findings from Russian Public Opinion Research Centre, Levada-Centre, Edelman Trust Barometer surveys are used to outline how tensions, distrust and civic irresponsibility expressed by respondents in the context of financial instability may amplify understandings of ‘citizenship’ and ‘civic identity’. There are several trends characterizing citizenship and civic identity in modern Russian society. The first is transformation of the common sense of ‘we-ness’ in case of individualism’s growth and increasing reduction of trust to economic, political and low institutions. The second is the problem of new values formation: while the ‘official’ political discourse admits more and more inclusive patriotic ideologies, ‘everyday-life’ and ‘network’ discourses develop estimative and ironical judgments of the official discourse. The third is citizens’ emigration intentions and the ‘status of citizenship’ characterizing self-perception of people as ‘citizens’ in relation to ‘non-citizens’, which is particular relevant to labour migration problem.

The subject of this article is the culture of acceleration in present-day world. The author analyzes some of grave social consequences provoked by the cult of speed and by the uncontrolled acceleration of various domains of life, such as “presentism”, i.e. the absorption of the past and future by the present time; social amnesia; superficial character of social changes; growing difficulties of selection of necessary information; danger of loss of culture acquisitions, etc. Some aspects of widespread “Slow Movement”, resisting this uncontrolled and total acceleration are analyzed. Finally, the problems of acceleration are considered in Russian context.

Westernizations” from Peter I to Meiji: War, Political Competition, and Reform
Fedyukin I. Humanities. HUM. Basic Research Programme, 2016
Radical “Westernizing” transformations in extra-European countries, from Peter I’s Russia to Meiji Japan, are traditionally presented as a response to threats from the more militarily and technologically advanced European powers. This corresponds to the general tendency to view war as the driving force behind early modern state-building. Yet, how exactly did such transformations become possible? How were the rulers able to pursue policies that threaten large sections of their own military elites, from strel’tsy and mamluks to janissaries and samurais? And why did some of the extra-European states failed to ‘Westernize” in response to external threats, while others rapidly Westernized when the threats was ephemeral, at best? This article seeks to complicate this “bellicist” narrative of Westernizing transformations by shifting the focus of analysis to the rulers’ quest for political survival. It argues that when the domestic balance of power is stable, incumbent rulers tend not to embark on reform, even in the face of external military threats. Conversely, such reforms tend to occur when the domestic balance of power is disrupted to such a degree as to lead to the emergence of challengers, who launch “Westernization” as they seek to expand their power base and undermine that of their rivals. Factional political struggles accompanying such transformations are interpreted here not as a conservative reaction against reforms, but as a process that precedes and enables reforms by facilitating the creation of an alternative ruling coaliti
EBES 2014 Anthology
Edited by: E. Demir. Istanbul: EBES, 2015.

The authors examine how the social status of the university professor has evolved in Russia in recent centuries in light of the historical concepts about the enslavement and emancipation of social groups proposed by Sergey Solovyov and Aleksandr Gradovsky. They use the metaphor of the “slave” [nevol’nik] to describe the dependent position of the professor in the university. The word encapsulates administrative tyranny, the spread of subordinate and submissive mentality in the university environment, and the curtailment of opportunities for professional selffulfillment. The authors present the university administration as the main agent responsible for enslaving professors. Administrators represent bureaucratic power and act to advance their own social ambitions.

Вопросы социальной теории: Научный альманах
Т. IX: Теория культуры и жизненный мир человека. М.: Издательство Независимого института гражданского общества, 2017.
Asia-Pacific News Brief. New context and economic cooperation opportunities in the Asia-Pacific region and Eurasia
Edited by: M. V. Larionova. Iss. 1 (4). M.: RSPP, 2016.
Intergenerational Social Mobility in Soviet and Post-Soviet Russia
Yastrebov G. Sociology. SOC. Высшая школа экономики, 2016. No. 69.
The aim of this paper is to bridge the gaps in existing accounts of the evolution of intergenerational social mobility in Soviet and post-Soviet Russia. The study makes a potentially valuable contribution to the literature by extending the spectrum of institutional and historical contexts, in which (in)equality of opportunity has been considered so far, and a chance to re-examine existing evidence by using alternative datasets and a slightly different methodology. Following the conventions in the social mobility literature in this study I approach social destinations and social origins in terms of educational and occupational attainments of children and their parents respectively. For empirical part I utilize data from four representative cross-national surveys conducted in Russia in 1994, 2002, 2006 and 2013. To study historical change in the patterns of social mobility I identify four cohorts whose educational and occupational careers unfolded during four different historical periods (two for the Soviet and two for the post-Soviet period). Being informed by several earlier studies on post-socialist countries including earlier research on Russia, I anticipated (1) a trend towards lesser (rather than greater) openness in the late years of the Soviet era, (2) a temporary discontinuity of mobility patterns during the turbulent 1990s and (3) the ‘tightening up’ of social mobility regime in the more stable years of Russia’s post-Soviet history. If any such trend existed, my findings would rather suggest that it was directed towards decreasing intergenerational transmission of educational advantage in the post-Soviet era, rather than the other way around. Also, surprisingly and quite contrary to earlier findings and theoretical considerations, the changes in the pattern of occupational mobility remained surprisingly invariant to the changes in historical and institutional context. The paper concludes with highlighting some of the remaining puzzles and possible directions for future research.