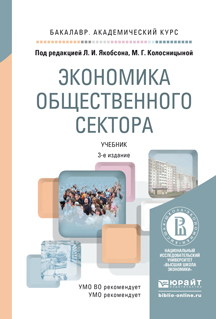 The goal of this paper is to create the foundations of the contemporary institutional theory of inflation. According to the hypothesis, the inflationary process (its scopes and features) in the contemporary economies is concerned with the destruction of the “internal stabilizing mechanism”. Such mechanism includes an aggregate of institutions providing antiinflationary immunity of the

economic system. In order to develop the hypothesis, authors discover and analyze five groups of institutions which create the internal stabilizing mechanism of the economy. These groups are the hard budget constraints; the social accord regarding the shares of specific groups of agents in the real national income; institutions supporting relative abundance and reprodictivity of the resources in the long run; institutions providing relatively high degree of competition in the most markets; system of the long-run planning and forecasting and corresponding system of the long-term contractual relations. Authors discover and explore contemporary institutional mechanisms of the budget constraints softening: transition to the conception of functional finances in the budget sphere and development of new forms of the money supply endogenization. Further, using Palley model as an example, the paper shows that under the absence of social accord regarding distribution of income and the supporting role of institutions of

endogenous creation of money supply the process of conflict inflation develops. Authors show that various outcomes of such struggle are possible depending on the different distribution of market power between interactive agents.